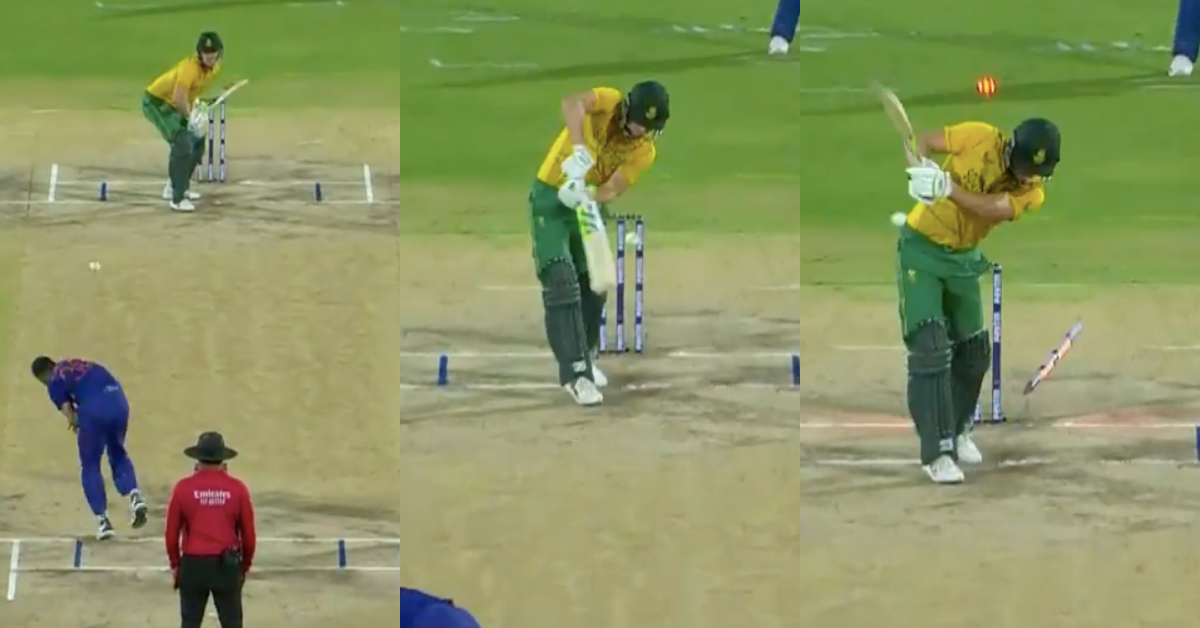 Harshal Patel increased his team’s chances of leveling the T20I series by dismissing David Miller with a beauty of delivery in the fourth T20I of the five-match series between India and South Africa which is being played in Rajkot on June 17, 2022.

Temba Bavuma won his 4th toss in a row and chose to bowl first. They made some changes as Quinton de Kock returned for South Africa, who also included Lungi Ngidi and Marco Jansen in the playing XI. India was unchanged.

Ruturaj Gaikwad got out for 5 and Shreyas Iyer’s struggles continued as he was dismissed for 4 runs. Ishan Kishan was looking good for his 27 runs before Anrich Nortje had him caught behind. A lot was expected from captain Rishabh Pant, but he made only 17 runs in 23 balls, further raising questions about his batting form in the T20 format.

In the end, it was Hardik Pandya and Dinesh Karthik who rescued India and took them to a competitive total in the end. Hardik Pandya scored 46 in 31 balls with 3 sixes and 3 fours and added 65 runs with Dinesh Karthik, who hit his maiden T20I fifty, 16 years after his debut in the format.

In reply, South Africa lost Temba Bavuma to a left arm injury as he retired hurt for 8 runs and Quinton de Kock was run out for 14 runs. Dwaine Pretorius made a duck as South Africa found itself in a bit of trouble.

Heinrich Klaasen then tried to do a repeat of his Cuttack special, but could only manage 8 runs after being dismissed by Yuzvendra Chahal. This brought out David Miller who joined Rassie van der Dussen in the middle and many thought a replay of the first T20I in Delhi was on cards.

But Harshal Patel had other ideas as in the 11th over, he bowled a seam-up ball into a back of length that went across Miller and hit the top of the off-stump, as Miller tried to work it onto the leg-side. This left South Africa 59/4 in the 11th  over.