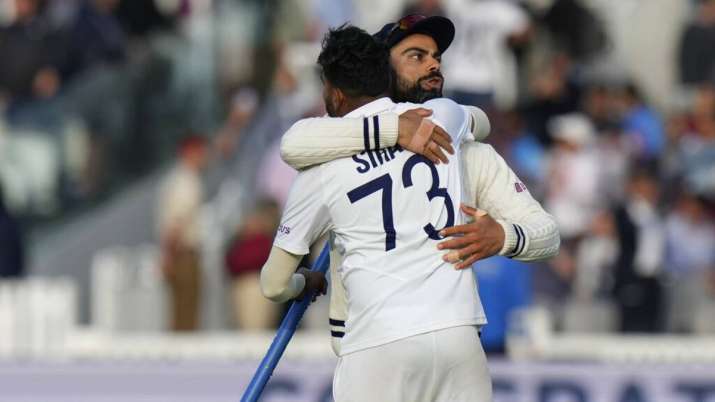 The 2021 India tour to England had a significant impact in the creation of  Mohammed Siraj. If his performances in Australia were a sign of his potential, his participation to India’s 2-1 victory in England shown that he could compete at a high level for India’s first-choice team. And that having somebody like Jasprit Bumrah and Mohammed Shami on each side of you was only advantageous.

It is therefore understandable why Siraj has now replaced Ishant Sharma and Umesh Yadav in India’s XI. Siraj was the ideal first-change bowler in England last summer, so the warning signals were there. Sam Curran and Moeen Ali learned the hard way at Lord’s that he could bowl from above the wicket and swing the ball away from left-handers.

Jonny Bairstow would swear that he could spice it up with short balls from around the wicket if necessary. Even as Bumrah and Shami were cooling their heels, you could rely on him to make significant advances. The celebration that followed his dismissal of Jos Buttler in the last moments of play at Lord’s spoke for itself.

Siraj has always had the talent, so much of his success is down to mentality; Kohli was the first to acknowledge that after the Lord’s triumph. Siraj’s red-ball prowess was really what caught RCB’s attention, interestingly at a time when he was going through a difficult IPL introduction.

“I trust my abilities. My captain and coach backed me a lot. Virat bhaiya supported me a lot. He calls me a champion bowler. He encourages me and shows confidence in me. I lost my father when I was in Australia. I was given the choice to go back, but I refused and decided to stay back.

It was Virat bhaiya who supported me a lot, mentally and psychologically. I was crying and he hugged me and consoled me. He used to come to my room and say ‘Mian, series jitna hai, tayyar raho perform karne ke liye’ (we have to win the series, be prepared to perform well).

He has scored a lot of runs and played match winning knocks for India. He is a great batsman and a great human being too,”

I want to be an all-format player for India. When the captain gives me the ball, my ultimate target is to uproot the batsman’s stumps,” he added.