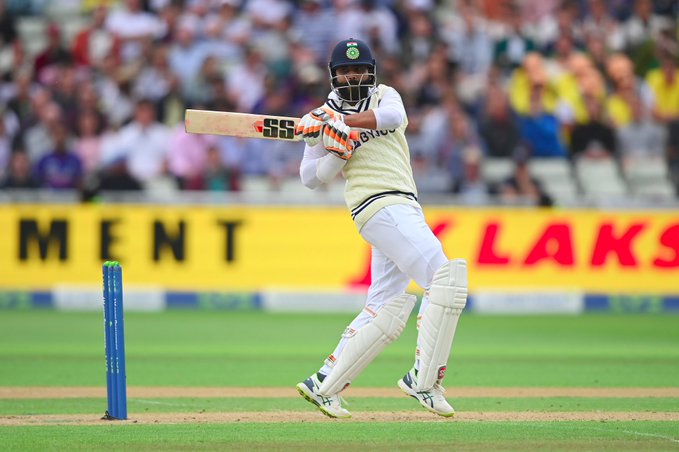 Indian all-rounder Ravindra Jadeja mentioned the success behind his glittering third Test century against England on Saturday at Edgbaston in Birmingham. Jadeja resumed the second day batting on 83 along with Mohammed Shami.

Jadeja was vigilant when it came to leaving the balls pitched anything in the off-stump line. Forget about teasing those balls but he was so focused that he block the slightest fuller-length deliveries.

I was always thinking of leaving balls outside the off-stump: Ravindra Jadeja

Jadeja top-edged England captain Ben Stokes for the first boundary of the day flying over the slip cordon. He hit consecutive boundaries off Matthew Potts to bring his third Test ton, first against England, and the sword celebration norm was once again highlighted.

Jadeja’s stay at the crease didn’t last for long after reaching the three-figure mark as England pace bowler James Anderson cleaned him up. India’s stand-in skipper Jasprit Bumrah’s power-hitting, including 29 runs in a Stuart Broad over (which went for 35 runs) powered India to a gigantic 416 in the first innings.

See also  MI vs PBKS: If We Get 5-10% Better Every Game, I Think We'll Go On To Do Special Things

“If you are playing well for India, there is nothing like it. As a player, a hundred in England is very good. I was always thinking of leaving balls outside the off-stump, because discipline is important (in English conditions), otherwise you can get caught in the slips. As a batsman, my self-confidence will go up,” Jadeja said after the second day’s play.

It will be good if I have no role to play as a bowler: Ravindra Jadeja

Bumrah continued to dominate the game against England with the ball, dismantling their top-order comprising Alex Lees, Zak Crawley and Ollie Pope. England finished at 84 for five by the close of the second day, trailing 332 from India’s first innings total. 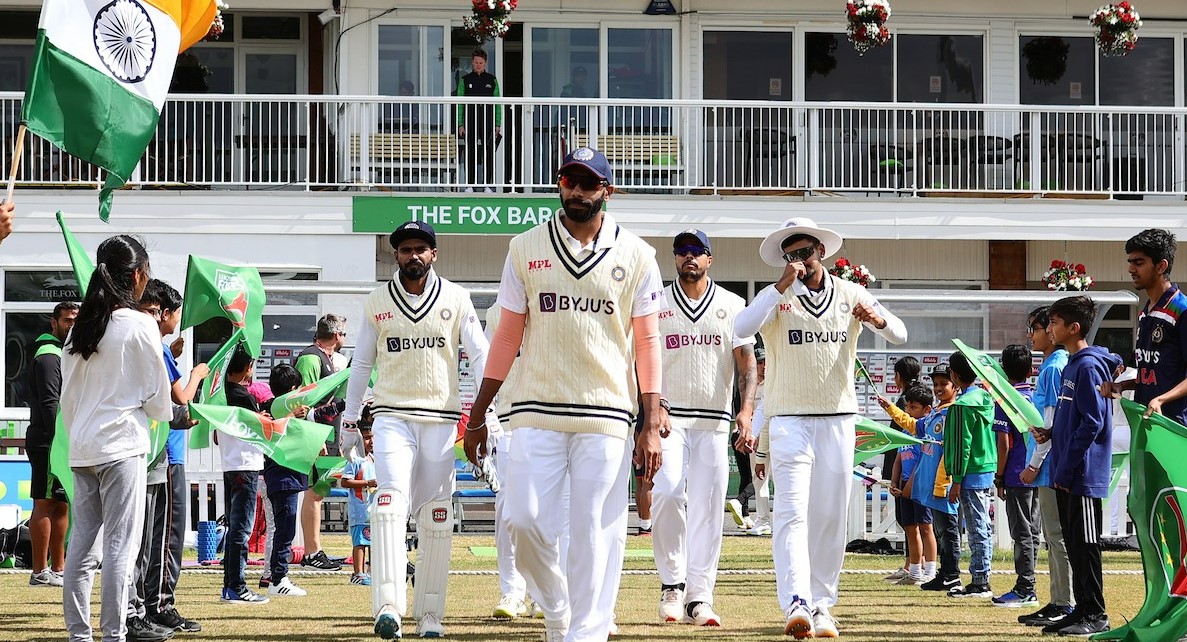 Jadeja wasn’t required to roll his arms on the second day as Bumrah (11) and Mohammed Shami (13) bowled the majority of the 27 overs from the visitors.

“It will be good if I have no role to play as a bowler. That will be best for the team. I am a team player,” Jadeja said.

All India needs a draw to win their first Test series in England since 2007. For England, Jonny Bairstow and skipper Stokes will have to put a lot of hard yards on the third day if they keep any chances of coming back into the game.