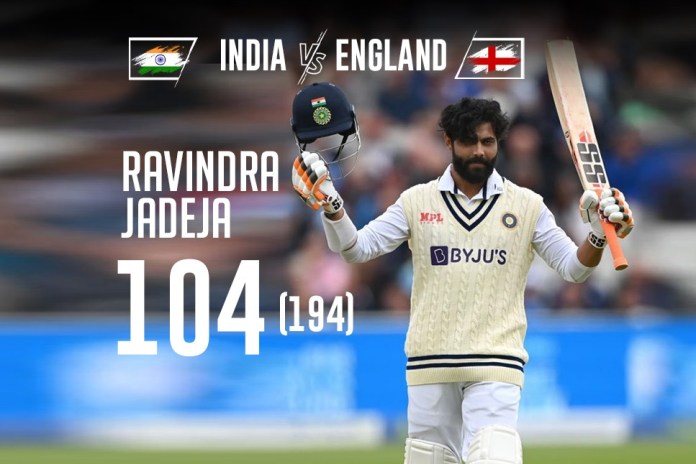 IND vs ENG LIVE: Ravindra Jadeja has gradually been scoring important runs in Test matches for India. It is one of the reasons why Jadeja has been a number one pick when the management picks the playing XI in SENA countries. He did no harm to that reputation with an important century in the India vs England fifth Test at Edgbaston on Saturday. Follow Ind vs Eng Live Updates and Scores on InsideSport.IN.

When India plays at home, they always play two spinners, or even three, including Ashwin. But the story changes in countries like England, Australia, South Africa and New Zealand.

With the pitch assisting pacers, India go ahead with one. That is when the batting exploits of Jadeja comes to his rescue for selection.

Jadeja has a strong technique and a good cricket brain when dealing with difficult situations. On Friday when India were in serious trouble, he stuck around Rishabh Pant. He did not even play the aggressors role with Pant in full flow. It was on Day 1 that the two players were involved in a match-turning partnership of 222 runs for the sixth wicket.

Some numbers from Jadeja’s century

However, from time to time the India all-rounder showed his array of shots against both the spinners and pacers. He did not mind taking them on when a loose ball was thrown at him.

On Day 2 when play started, he was 13 runs shy of completing his third ton. He did not take much time in achieving the three-figure mark with some boundaries. He was eventually dismissed for 104 runs.

He has done his work with the bat. But the player will be eager to have a go at the England batters with his accurate line and length. His ability to continuously bowl in the tight areas makes him a huge threat in all conditions, be it home or away.