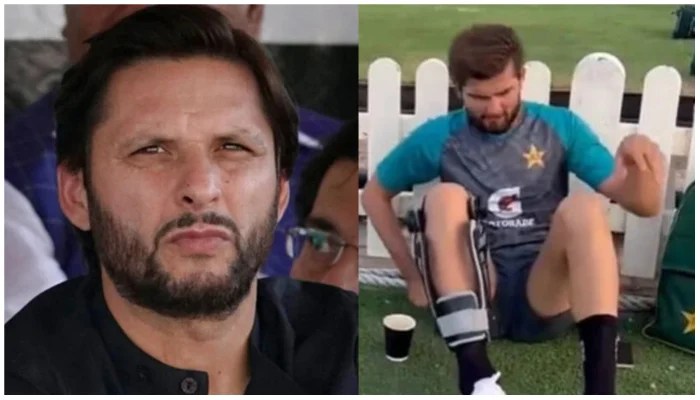 “Shaheen went to England for rehabilitation at his own expense. I arranged a doctor for him there and he contacted him. PCB is providing nothing to Shaheen,” revealed Shahid who is going to be Shaheen’s father-in-law.

Pakistan T20 WC Squad: On Thursday, Shaheen Afridi was named in Pakistan’s squad for T20 World Cup 2022 and the tri-nation series in New Zealand. The Junior Afridi is currently in London for his rehabilitation. The left-arm pacer is on track to recovery as he keeps sharing videos from his rehabilitation process.

It is worth noting that Shaheen was ruled out of theT20 Asia Cup 2022 due to a knee injury. He was picked in the Pakistan squad but Shahid Afridi says PCB has let him down by their gesture.

“He is our premium fast bowler. He got injured while playing for Pakistan. Isn’t this a PCB’s duty to take care of their injured player”, asked Afridi during the TV interaction.

England is on tour of Pakistan for the T20 series. The series is beginning on September 20 at the National Stadium Karachi. The tri-series will begin on October 7, 2022, while the T20 World Cup will start on October 16.

Pakistan’s first match of the ICC T20 World cup 2022 will be held on 23th October against their arch-rivals India at 7:00 pm(IST) in Melbourne Cricket Ground in Melbourne.