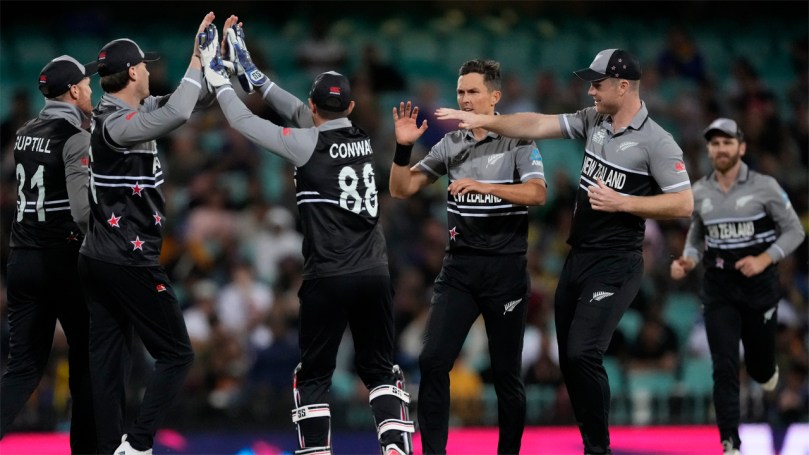 It’s still all to play for in Group 1. We take a look at the state of play as things stand.

Who’s in the driving seat to reach the semi-finals?

New Zealand are the only unbeaten team in Group 1 after two matches, and the margin of their 89-run win over Australia has given them a big edge in the Net Run Rate column too.

A Net RR of +4.450 is almost as good as an extra point, barring a crushing defeat of their own in the remaining matches. 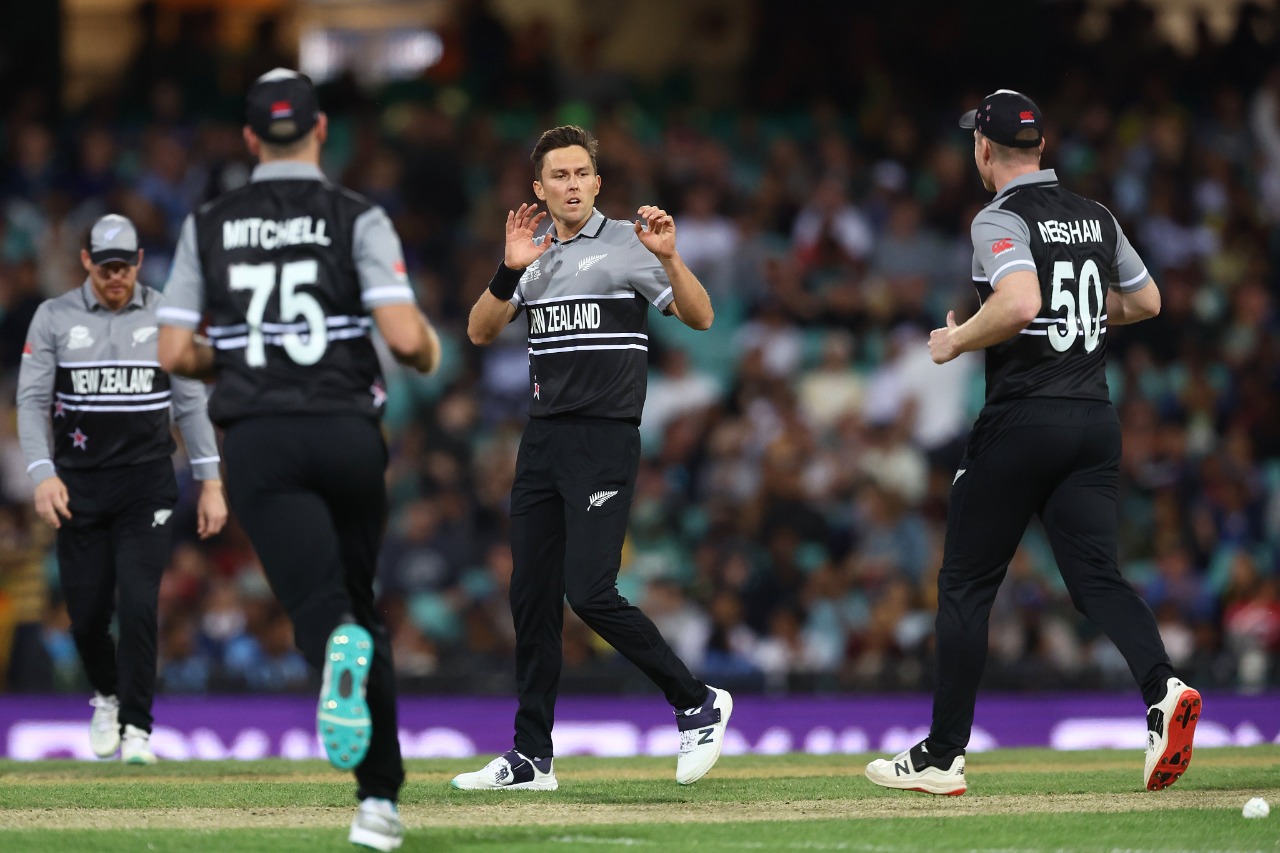 The washout and shared points against Afghanistan could yet go against the Kiwis, but with the rest of the group taking points off each other it is still advantage Black Caps in the qualification race.

New Zealand’s meeting with Sri Lanka on Saturday could see them take a stranglehold on the group with a win, but defeat would make Group 1 even more of a six-way tussle for qualification with two rounds of games remaining.

One of Australia or England could have taken a big step towards the semi-finals with a win at the MCG, but Friday’s washout means they remain level on three points with Ireland, who themselves had a washout against Afghanistan.

It looks like the top two could be partly decided on run rate, where after New Zealand it is Sri Lanka and England who currently hold the edge over the rest of Group 1.

The crushing nature of Australia’s loss to New Zealand in the opening match of the group had put them in a perilous position, not only because of the result but also because of its impact on NRR.

The tournament hosts know that they cannot afford to lose another game – two defeats isn’t mathematically terminal to a team’s qualification chances, but it will likely take a lot of fortune to qualify with just three wins in the Super 12 stage.

However, the chances of a successful title defence have increased – firstly courtesy of the win over Sri Lanka in Perth on Tuesday, particularly thanks to Marcus Stoinis’ late flurry of runs which saw them chase down the target with more than three overs remaining, cutting some of that NRR deficit in the process.

And England’s loss to Ireland, plus the washout between the Aussies and English in Melbourne, means run rate looks increasingly likely to be a factor.

After three games they have a NRR of -1.555 – the worst in the group. But, on paper at least, the fixtures are in Australia’s favour. The final two matches are against the lowest ranked in the group, Afghanistan and Ireland, which theoretically gives Australia an edge if it does comes down to run rate.

Momentum is not in England’s favour. A rain-impacted loss to Ireland has been followed by a washout against Australia, leaving Jos Buttler’s side in a spot of bother in Group 1.

The upcoming meeting with New Zealand is now even more significant. Win that and England can make a real statement going into the final match day. Lose and qualification will be completely out of their hands, or potentially completely impossible depending on results in the meantime.

What England do know is that two big wins in their final two matches, first against the Kiwis and then Sri Lanka, should be enough to send them through.

It could well come down to run rate though, and that is where the slightly tentative chase against Afghanistan in England’s opener is now a bit of a problem. With Australia possessing the theoretically easier fixtures in the run-in, Buttler and co are in danger of being usurped on scoring rate if they fail to win big.

Where England do have the edge in the Net RR conundrum is that their final game is the last in the group. If qualification hopes are still alive at that stage, England will know exactly what they need against Sri Lanka to qualify – a big advantage.

The make-up of Group 1 will be far clearer by the end of New Zealand’s fixture against Sri Lanka on Saturday.

The Asia Cup 2022 Champions have hopes of springing a surprise and finishing in the top two of this group. But to do so they will likely need to beat at least one, if not two of the teams ranked above them in the MRF ICC Men’s T20I Team Rankings.

Sri Lanka have already come on the wrong side of the result against the tournament hosts, and can’t really afford another loss.

But in New Zealand they are coming up against a formidable force. The 2021 T20 World Cup finalists have a well-balanced attack and a powerful batting unit, as they showcased in that big win over Australia earlier in the tournament.

And with their point from the rained-out Afghanistan fixture, and that superior Net RR, another win for New Zealand would put them in control of the group.