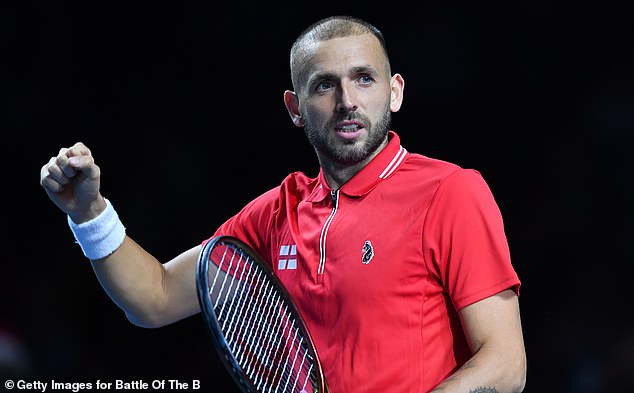 Ian Holloway may never find work as a tennis coach, but the well-travelled football manager was much enjoying his introduction to the racket sport.

Installed, somewhat randomly, as captain of the England team in the ‘Battle of the Brits’ match versus Scotland, he was larking around like the distant relative at the family Christmas party with one too many sherries on board.

His number one player, Dan Evans, got their team off to a winning start over Paul Lawrie’s Scotland when he defeated Glasgow’s Aidan McHugh 6-4 6-2 before a packed house of 6,000 fans at Aberdeen’s P&J Arena. 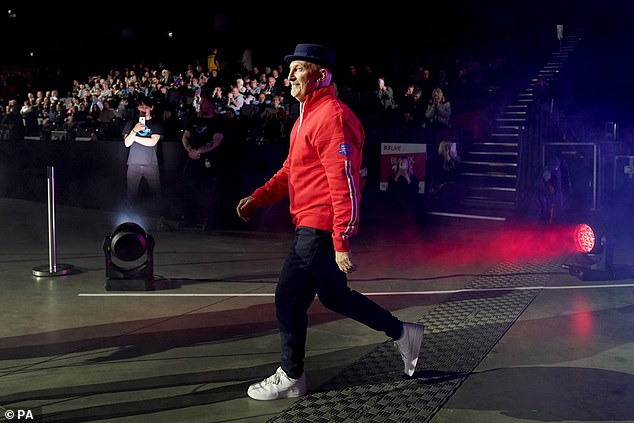 They were being followed on by Andy Murray, taking on his possible heir apparent in the British game, Jack Draper.

While a new Sports Personality of the Year was being anointed further south, the three-times winner of that accolade was being cheered to the rafters by his adoring home public.

Holloway had begun the evening by bluntly admitting that his tennis knowledge extended to knowing that it is a sport played with two rackets in singles, and four in doubles.

His management technique was clear, however. The aim was to relax the players on his team bench, by dancing a jig between games, or allowing his bowler hat to be stolen by those around him. 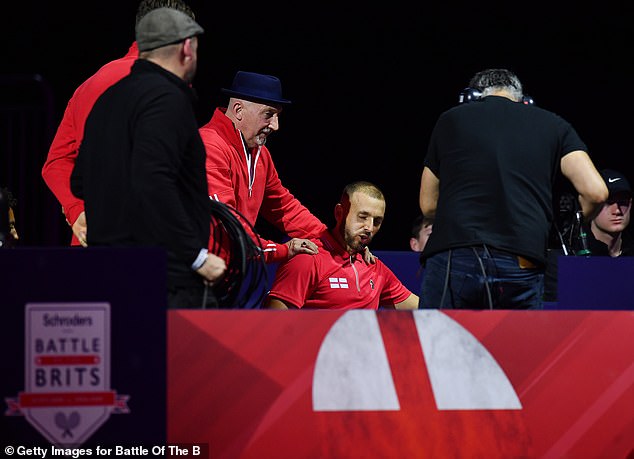 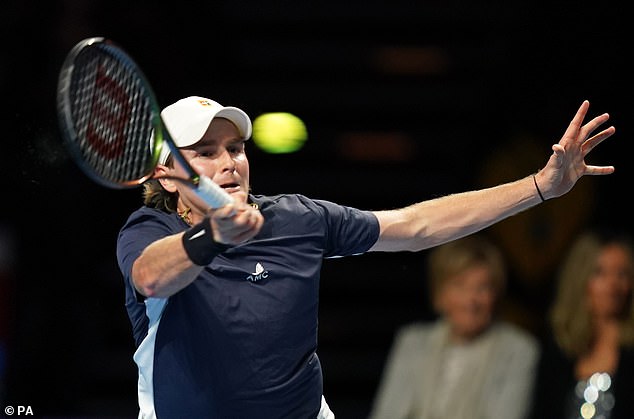 ‘You can see how he gets his players to rally together and you can see how maybe some of them are not his biggest fan but he’s super energetic,’ said Evans of his temporary boss. ‘It was all going on, he was shouting, calling the balls in or out.’

Holloway and Lawrie – Aberdeen’s own former Open champion – have been employed to add some wider appeal to an event that finds a niche part pre-Christmas pantomime and part serious preparation for the forthcoming Australian leg of the new tennis season.

If the former is the case then Evans has been happy to play the villain, talking beforehand about how he was looking forward to giving the overmatched McHugh – ranked 373 – a good hiding.

A smattering of boos greeted Evans when he walked onto the court but this was hardly football’s home internationals of yesteryear, or even the greeting England would get in the Six Nations at Murrayfield. 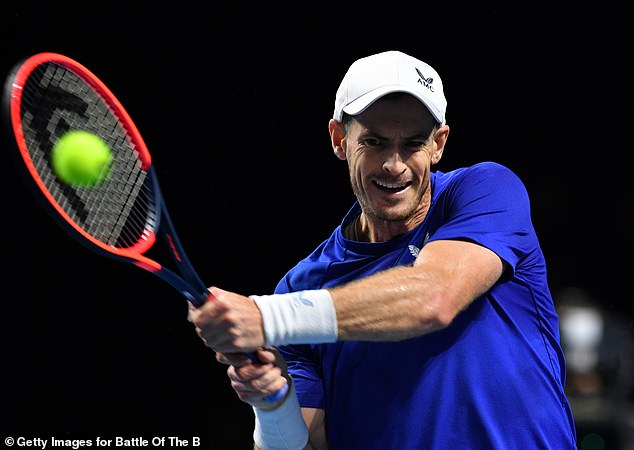 The Scottish team, paraded at the start in kilts, have been assembled by Jamie Murray in this late development of his BOTB concept. It began in 2020 as a way of providing competitive opportunities during lockdown when travel was banned.

Cam Norrie could have played for the host team through his Glaswegian father, were he not halfway to Australia already and picking up much bigger pay cheques for other exhibition events, such as the recent one in Saudi Arabia.

He probably needs to play in future for this match-up to have much of a shelf life, with Scotland’s famous siblings now well into their thirties. 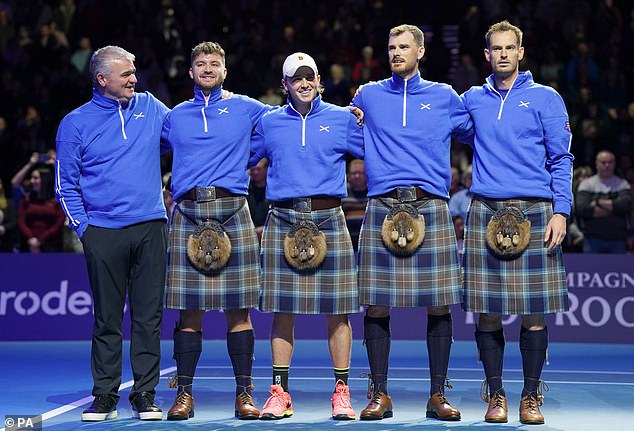 McHugh, 22, is the nearest thing to a homegrown successor in the men’s game, and has a nice game, albeit that lacks any great weapon. His struggle to break through in the global game shows just how hard it is to succeed on the world stage, and also how remarkable it is that two champions emerged from the backwater of Dunblane.

There are fewer barriers to becoming someone like the new Ally McCoist, who was also due to be here in a captaincy role, but cried off yesterday with post-Qatar fatigue.

This time next week Evans will be in Sydney playing for Great Britain in the new United Cup team competition alongside Norrie, where they are likely to come up against Australia and Nick Kyrgios.

It is likely to be more taxing than tonight’s work, although a useful warm-up in terms of playing what felt like an away fixture. Murray’s encounter against Draper was proving to be a more high-octane affair.

In terms of this match’s overall outcome all could not be lost either way after what is the first session of three, spread over two days.

Jamie Murray has opted to copy the format of the recent Laver Cup by making the opening matches count three times less than those of this evening’s climax, meaning that the result is likely to be in doubt until the end.