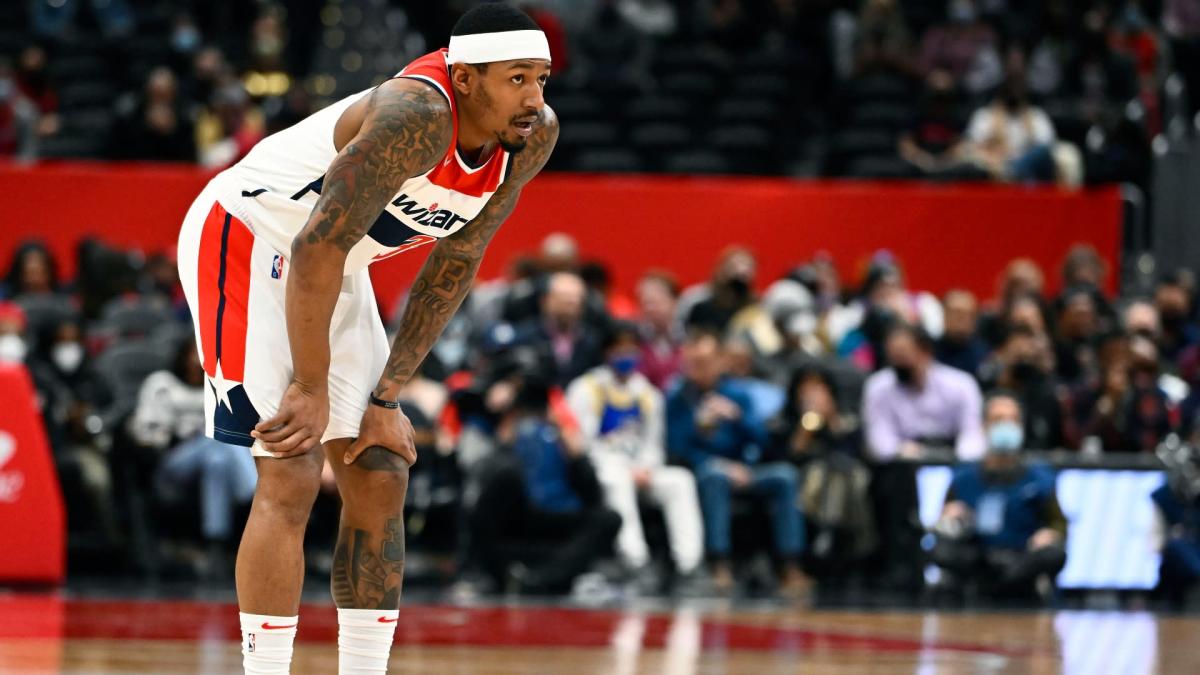 Bradley Beal made waves a couple of weeks ago, but not because of his impending contract decision, his friendship with fellow superstar Jayson Tatum, or anything relating to NBA basketball.

Rather, Beal was captured giving a fiery speech to his AAU team, “Bradley Beal Elite,” based in his hometown of St. Louis, Missouri. Among other things, Beal drilled home the point that his youth players need to stop worrying about their personal stats and concern themselves more with ball movement and the success of their teammates.

“F*** your stats. Because guess what, they’re terrible, quite frankly,” Beal said during his speech.

Now, Beal has given a bit of insight into what prompted him to make that monologue and why he felt it necessary for his team to hear.

“I think I said it before, it’s what I say versus kinda how I say it,” Beal explained to NBC Sports Washington’s Wizards Insider Chris Miller. “My mom always taught me that. My potty mouth comes from my mom, FYI. When I grew up and she was teaching me how to hoop and how to respect the game, how to demand respect within the game, too, it was fierce. Don’t listen to how I’m telling you, don’t listen to me cussing you out, but listen to what’s in my message.”

The message Brad was conveying to his players was surely goodwill. Don’t be selfish, pass to your teammates, and you’ll be successful. He sprinkled some NSFW language in there, sure, but that might actually be the best preparation he can give his players in terms of what they’d hear from coaches at the next level of basketball.

The Nike Elite Youth Basketball League, in which Bradley Beal’s Elite plays, is one of the most prestigious youth basketball circuits in the country. Notable alumni of the circuit include Jayson Tatum, Trae Young, Ben Simmons, Anthony Davis, Devin Booker, and dozens of others.

Beal went on to explain that on the EYBL circuit, players don’t have to pay for travel, lodging, or most other expenses, making it an even rarer and more miraculous opportunity to succeed. Simply put, he just really didn’t want his players to not throw away their shot.

“For me, it’s just pushing these kids to understand, don’t waste your days, don’t waste your games,” he said. “I just try to bring them down to earth sometimes because I think our social platforms give our kids this misconception that they have to be flashy or that they have to shoot a lot of threes…and they lose sight of the importance of basketball, and that’s can you impact winning?”

See also  Can we get seven games of Bucks vs. Heat?

Beal’s message simply came from a place of love, as he went on to describe. If he didn’t care about his players or their futures, he wouldn’t have spouted off like that.

The conversation with Chris Miller was part of Beal’s latest philanthropic effort: refurbishing the Benjamin Banneker basketball court in D.C. to celebrate Juneteenth.

Beal partnered with the Hoop for All Foundation to renovate the court in the Columbia Heights neighborhood, which will be revealed on Saturday.