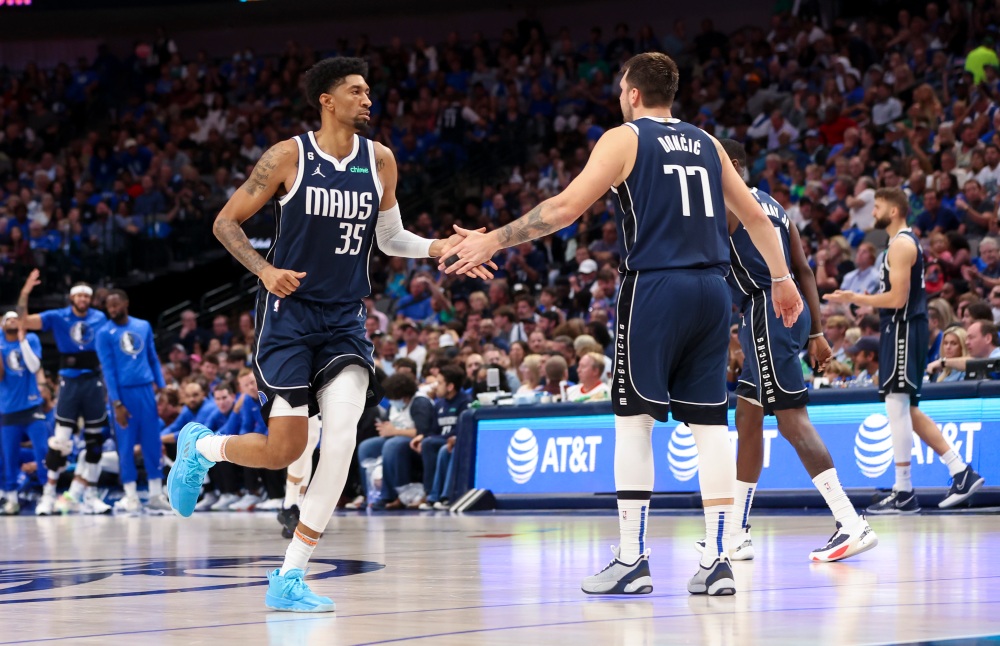 After joining his seventh team in as many seasons, Christian Wood has gotten off to a hot start with the Dallas Mavericks and put himself on the radar to become an All-Star for the first time and contend for the NBA’s Sixth Man of the Year award.

Following a trip to the Western Conference Finals, Dallas acquired Wood, hoping he’d form an effective pick-and-roll tandem with Luka Doncic and fortify the team’s frontcourt. Through his first four games, the results have been promising, with Wood leading the NBA in offensive rating (134), ranking fifth in net rating (26.4), sixth in three-point percentage (66.7), and ninth in usage percentage (32.2) and rebounding percentage (18.7).

Wood, who’s currently earning $14.32 million in the final year of his contract and will be one of the top unrestricted free agents on the market in the summer of 2023, is also in a prime position to make the playoffs for the first time in his career.

Following a victory over the Nets at Barclays Center, Wood spoke with HoopsHype about playing with Doncic, contending for the Sixth Man of the Year award, why Dallas can reach the NBA Finals, striving for his first All-Star berth, and more.

What’s allowed you and Luka Doncic to play effectively together?

Christian Wood: With the way we have our offense, it’s just a mismatch. If you look at the film, half the time when I set a screen, I slip out because they usually switch, but they blitz Luka. What you want to do is create a two-on-one. In the first few games, I was rolling on the short roll, and I was hitting guys in the corner and on the wings. It’s just about mixing it up in terms of coverage.

How has playing with Luka Doncic opened up things for you individually?

CW: It’s opened up the offense for me a lot. There’s a lot more spacing where I can shoot or make a play off the dribble. They’ve trusted me to make plays off the dribble. I’m just waiting to get more time with him. I think when that happens, we’re going to be a scary team.

How have you adjusted to coming off the bench, and have you thought about being a Sixth Man of the Year candidate?

CW: I haven’t really thought about it. I just try to come in and try to win as many games as possible for this team. I’ve been in losing situations for about four or five years now, so I’m just trying to do everything possible to win. Today, I didn’t have 25 points in 24 minutes, but I impacted the game defensively. I did all the things needed to do to help my team win the game.

What’s the ceiling for the Mavericks this year?

CW: They went to the Western Conference Finals last year. I think we’re better this year, so I’ll say the Finals. That’s what everybody’s goal is. When we get to the playoffs, play for each other and play with each other.

Is there any difference between this organization compared to others you’ve played for?

CW: They have a culture here. Their culture is defense. Off the court, everybody is close to each other. We’re all grown men, and we all care for each other and care about each other.

At 27, what goals do you have for the rest of your career?

What’s been the toughest part of your NBA journey to get to this point?

CW: Just trying to get an opportunity. I think that was the biggest thing in the beginning of my career. I wasn’t really getting an opportunity, so what are you going to try to do? Work on your game and try and get better. I did all the little things to try and get to where I am now. It all paid off for me.

You’re in a contract season. What have you thought about your future?

CW: I guess we’ll see. I haven’t really thought too much about it. I want to win. I’m not worried about a contract or an extension. I’m just focused on trying to win.