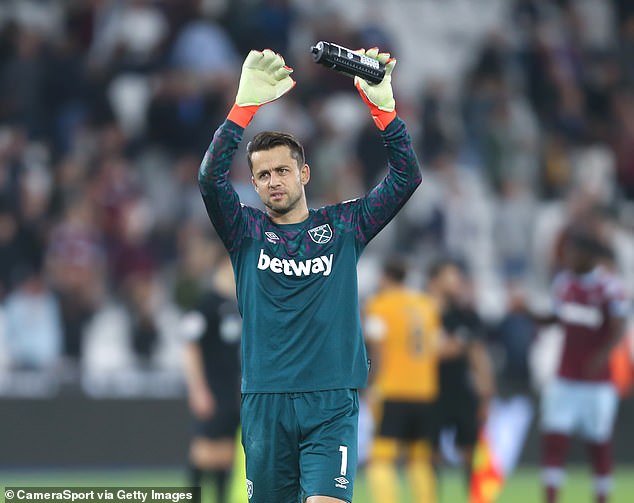 There will be some people, if they are honest with themselves, who must be surprised to see Lukasz Fabianski still here.

Still stopping shots in the Premier League, still the first-choice goalkeeper of a top-flight club with European ambitions.

A few Arsenal fans, you would expect, especially those who nicknamed him ‘Flappyanski’ during his difficult times under Arsene Wenger. 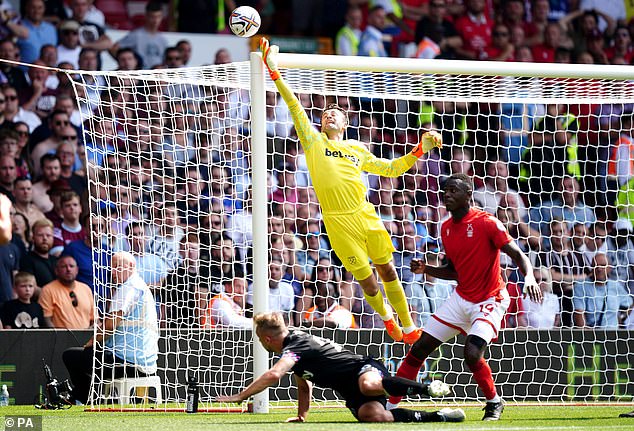 And perhaps a few West Ham supporters, too, after Alphonse Areola signed permanently from Paris Saint-Germain in the summer.

That’s before you take into account he turns 38 next year.

And yet here Fabianski sits, relaxed, sipping coffee at West Ham’s Rush Green training ground, ready for another trip to Manchester United in what will be his tenth career appearance at Old Trafford. His first was 14 years ago.

Fabianski has made the most saves in the Premier League since his arrival at West Ham in 2018, almost 30 more than anyone else. 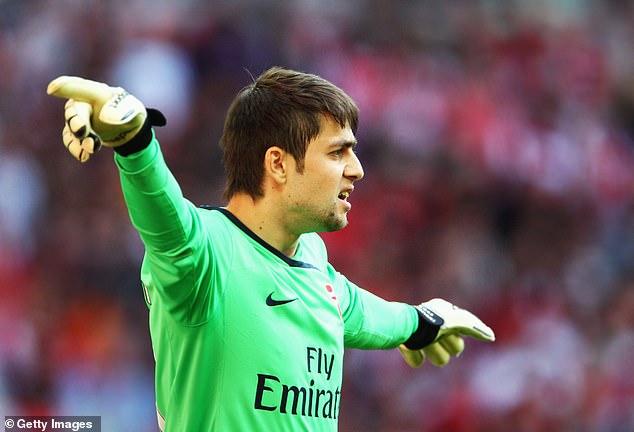 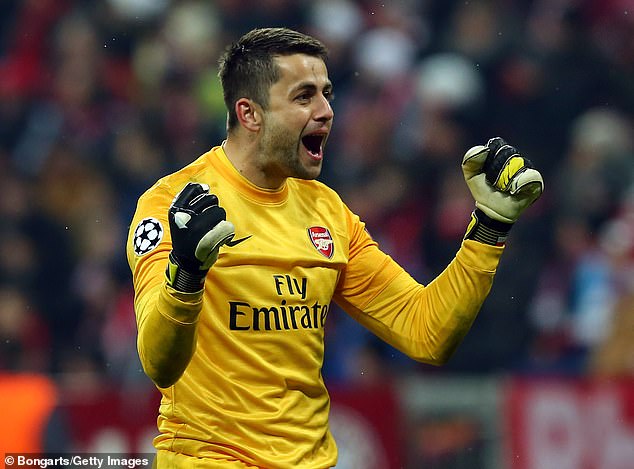 Only Kepa Arrizabalaga, Nick Pope and Jordan Pickford and have a higher save percentage this season of keepers to have played at least five games.

It’s not always been this way. His time at Arsenal was difficult. He struggled for games, playing just 32 Premier League matches in seven seasons. Errors tarnished the chances he did get.

‘I had a rough start, in all honesty, when I came to this league and it took me a while to learn how to play in it,’ he says.

‘I had many ups and downs, especially at Arsenal, but once I found the right way to do it I could perform to the best of my abilities. With age, actually with experience, I’m not saying it’s easier but it does help you. I always tried to listen and learn and I think that’s what helped me to be still here at this age.’

He’s just pleased he endured such struggles in an age before social media. 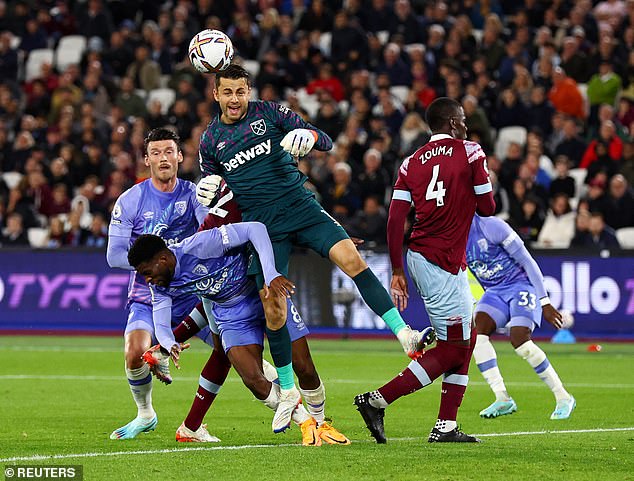 ‘It was tough but I think it would be tougher if it would have happened nowadays because at that time, especially, social media wasn’t that that big,’ he adds. ‘I wouldn’t be sat scrolling through it all but the noise would be a lot bigger.

‘With the right people around you, it’s sometimes good to go through this. Even though it’s hard, it’s good for the future. What helped me was that I always believed in myself. And I had people who believed in me as well.’

Wenger was one of those who believed in him. ‘He was really patient with me,’ says Fabianski.

‘Nowadays you might see managers signing a different keeper after one or two seasons if they’re not happy with the present one but he stuck with me many times and actually, at the end of my time at Arsenal, he gave me a chance to play in one of his biggest games in his career in the FA Cup final.’

When he lines up at Old Trafford this afternoon, another veteran goalkeeper will stand in the goal opposite him in David De Gea, and another who has faced his fair share of criticism. 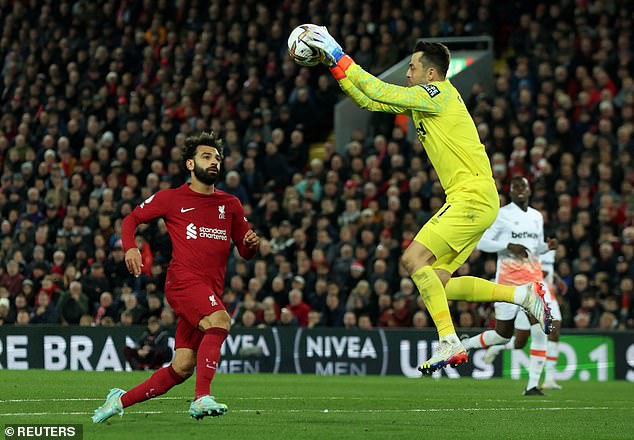 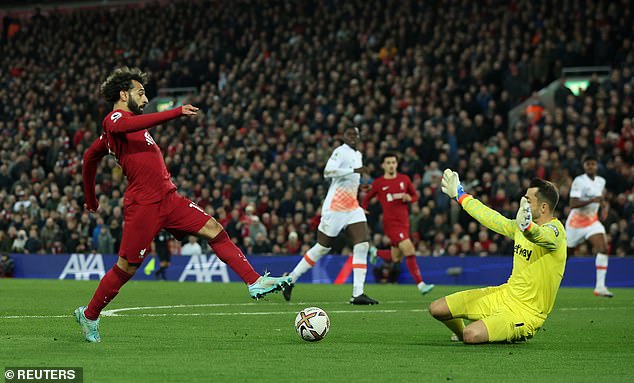 De Gea will not go to the World Cup after being left out of Spain’s 55-man provisional squad.

His United future is also undecided with De Gea out of contract this summer while the Spaniard may have to take a pay cut on his £375,000-a-week wages to stay.

Questions linger over whether De Gea is competent enough on the ball to play the way Erik Ten Hag wants.

‘He is pure quality,’ says Fabianski. ‘He has shown it many, many times. To play at a very consistent level for so many years. It’s over 10 years has been here. He had few difficult spells but in general he’s been great, amazing. In my eyes he is one of the best in the history of the Premier League.’

As Fabianski knows only too well, there is a reason why De Gea has faced more criticism than most: ‘The size of the club. It’s always that way. Every player at a bigger club, there is always bigger scrutiny attached to it. The more people are attracted to it, there is more media attention on it. That’s quite normal and natural.’

In all his trips to Old Trafford, he’s mustered a clean sheet just once in a goalless draw in May 2009, a point which would secure United’s third successive Premier League title.

Fabianski admits, back then, he’d get taken in by the aura of Old Trafford, the long-forgotten fear factor. But no more. He approaches every opponent in the same way – ‘a win at Old Trafford is no different to winning at Bournemouth’. 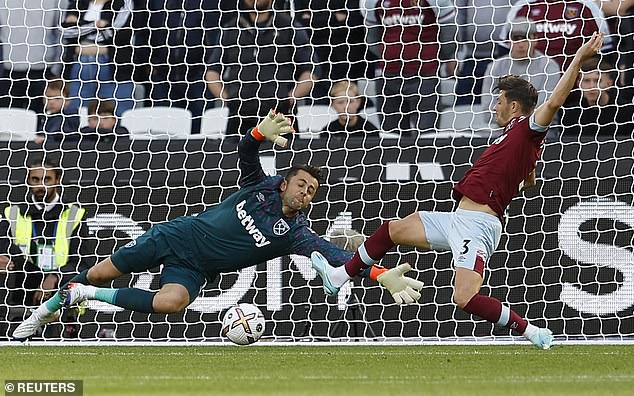 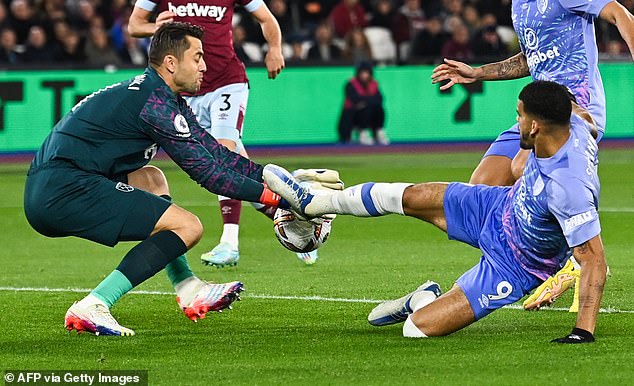 ‘I’m not going to lie, it was a process,’ he admits. ‘It took me a while but I think that came with playing regularly. At the start, when I played my first game, I probably would have been a little more distracted by all the surroundings during the game.

Another familiar sight from that game back in 2009 will be Cristiano Ronaldo. A 24-year-old Ronaldo peppered Fabianski with free-kicks that day.

Now, back at United and 37, there’s questions over his capabilities and his commitment.

‘I see him still as a great player who has proven so many times over so many years that he has great qualities to score goals,’ says Fabianski.

‘When he’s on the pitch, I will not judge him as someone in a different moment of his career than he was back then. He’s still a player that can score goals so I respect him.’ 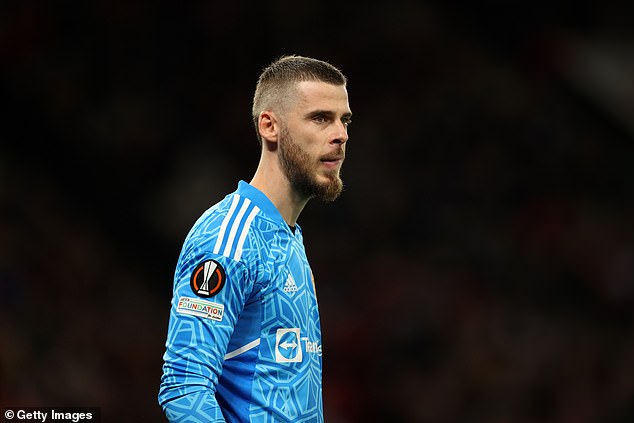 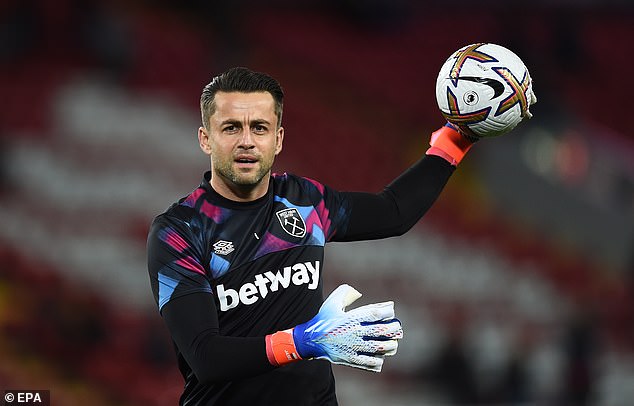 Fabianski’s biggest critic is his six-year-old son, Jan. He’s a football obsessive, says Fabianski. He who loves going through the tables, the goal scorers, the injury lists – and who now loves to have his picture taken with the pick of his dad’s opponents.

‘He doesn’t ask for shirts, but each time we play at home he likes to have photos with players of the opposition team he likes. I have to go with him and wait in the tunnel and ask for them. He has had some with a few already, with Rodri from the first game, with Adam Lallana, with Jose Sa.’

Fabianski exudes a calmness, his answers carefully considered. It’s a trait he likes to carry on to the pitch.

‘I’ve never been a nervy guy. I’m just a calm person. I never really get affected by the team’s situation. Being calm, especially in difficult times, is a better situation.’

For a team, in West Ham, who spent £170million in the summer, their start to the season has been a difficult one.

Just three wins in their opening 11 Premier League games before they beat Bournemouth in controversial circumstances when Kurt Zouma’s opening goal came via the hand of Thilo Kehrer.

‘There was nothing wrong with that in the eyes of the law,’ says Fabianski.

‘I wouldn’t call it luck, it was a normal goal. We have been told by the referees at the start of the season about the handball situation and how it has changed from previous years.

‘You always have this feeling when it happens against you and then it happens for you, there is always an effect on how you react to this situation. It is normal. It happens so quickly and sometimes they don’t want to show the replays to not put more anger into fans’ eyes.’ 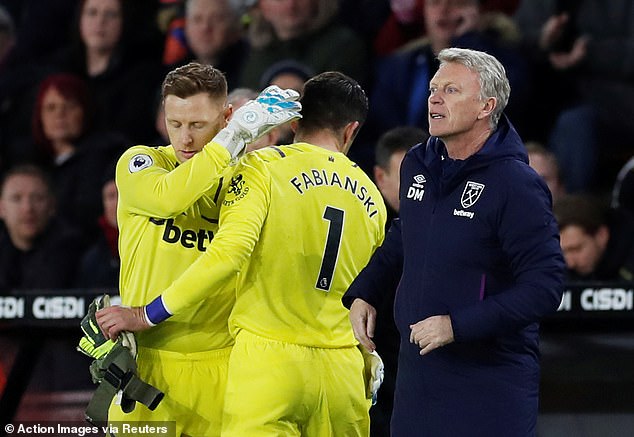 A victory at Old Trafford might only be worth, as Fabianski says, the same as a win at Bournemouth but after their shaky start, there’s no denying it would send a statement for a team with such ambition on the back of a summer with huge investment.

‘The club is really trying to stay at the level we have been for the past three years, competing for European places. We have players that have come from different leagues.

‘It takes time to adjust. It was the case with us. Once we had a bit more time together, it started to click. The past month some of the results and performances have been really good. Hopefully that will continue for the rest of the season.