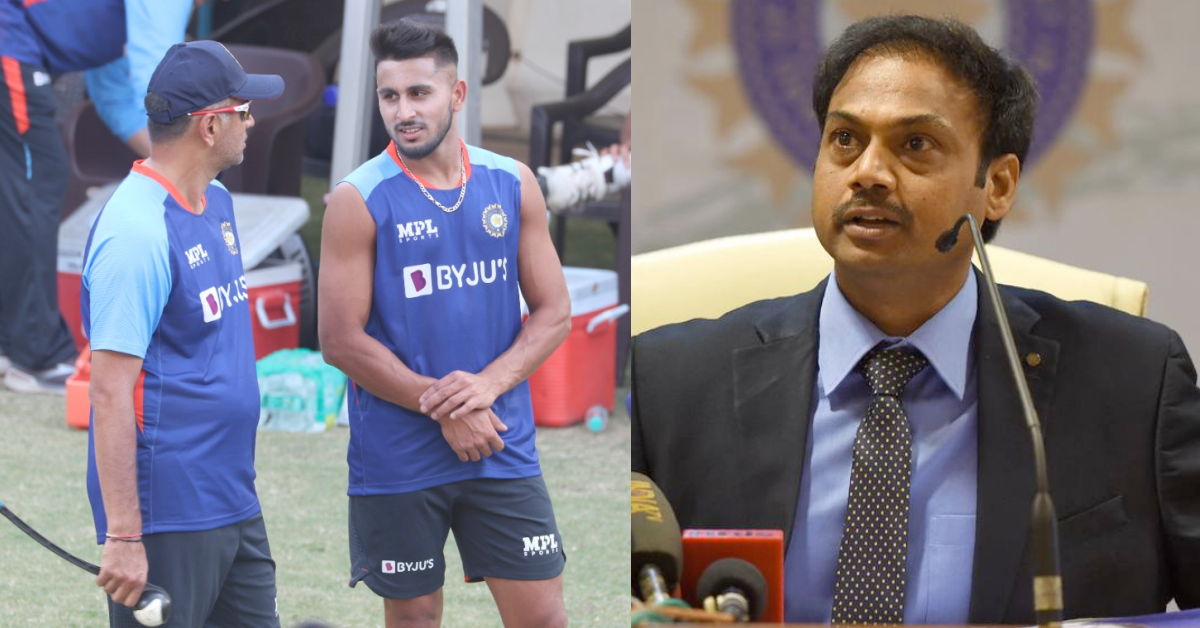 Former Board of Control for Cricket in India (BCCI) selector MSK Prasad, while talking about Rahul Dravid’s decision to bench Umran Malik for all five T20I games against South Africa, said that he doesn’t see anything wrong in holding back the express pacer.

After a remarkable run in the cash-rich league, Umran got his India call-up for the South Africa T20I series but he didn’t get the opportunity to play any of the games as head coach Dravid didn’t make any changes to the playing throughout the series, which ended in a 2-2 draw.

Meanwhile, Prasad said that the Jammu and Kashmir express pacer Umran will have to wait for his opportunity.

“There’s lot of talk, but who is playing in place of Umran? Avesh Khan… Someone who has played earlier for the country and done well. So Dravid has done the right thing by opting for continuity. Avesh has bowled well in all stages of the game.

“Even Harshal Patel has been in good form. I don’t see anything wrong in holding him back. Agreed, Umran has done well in the IPL. But he has to wait and his chance will come… Everyone should get a fair run and Dravid has been doing the right thing,” Prasad told The Telegraph.

Former BCCI chief selector Dilip Vengsarkar, who wanted Umran to make his India debut in the South Africa T20I series, said that not playing the pacer could be the team’s strategy as they might be waiting for the right moment to unleash him.

“It’s not fair for me to comment since I’m not part of the team management. Not playing Umran immediately could be part of the team strategy. You never know… Maybe they are waiting to unleash him at the right opportunity,” Vengsarkar told the daily.

Meanwhile, amongst Indians as well as pacers Umran was the second-highest wicket-taker in the 15th edition of the Indian Premier League (IPL) and overall he finished at the 4th spot on the list of leading wicket-takers. Also, the Sunrisers Hyderabad pacer Umran Malik won the Emerging player of the season award.

See also  Ashes: England collapse with the bat AGAIN against Australia as tourists are all out for 185