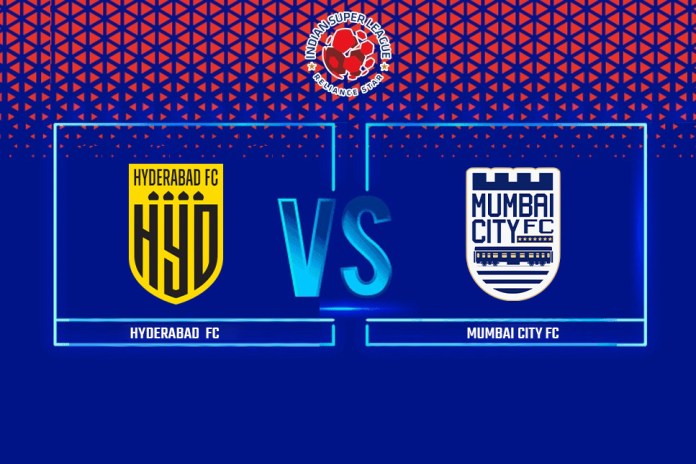 HFC vs MCFC: Mumbai City FC will have their task cut out when they take on Hyderabad FC in a do-or-die Hero Indian Super League fixture at the PJN Stadium in Fatorda on Saturday. Follow ISL 2021-22 LIVE Updates only on InsideSport.IN

Mumbai, placed fifth in the points table with 31 points from 19 matches, will not only have to beat Hyderabad FC but also hope Kerala Blasters FC, in fourth spot and having two points more than them, lose to FC Goa on Sunday. Jamshedpur FC, ATK Mohun Bagan and Hyderabad have sealed their semis berth, leaving Kerala and Mumbai to fight for that one spot left.

Mumbai lost to Kerala in a virtual face-off for that semis spot in their last outing, and now it is not in their hands to make the top-four. “We are very much looking forward to the game against Hyderabad. I know it’s not in our hands anymore. We will go out and do our best to put us in a position we want to be at the end of this game. Then we will see what happens the day after,” Mumbai head coach Des Buckingham said.

The reigning champions will miss Lallianzuala Chhangte and Rahul Bheke with both out through suspensions. Ahmed Jahouh is still recovering from his injury.

“This opens up opportunities for other players to fill in. We will go through that in training today,” said Buckingham.

The defending champions started off the season well with 5 wins in their first 6 matches. At that point, everyone expected them to be the runaway favourites to retain the league shield and possibly win the tournament. Their only defeat in the first 6 games came against Hyderabad (3-1).

However, their first encounter with the Kerala Blasters derailed their season. They were comprehensively beaten 3-0. Following that defeat, they went an additional 6 matches without a win which saw them drop down from the top of the table.

A much-depleted Hyderabad faced a heavy defeat to Jamshedpur FC in their last game, resulting in them dropping to third place after staying at the top for more than a month. Hyderabad missed Bart Ogbeche and a host of other players in the last game and now will hope to get back to winning ways to keep up with the push for a top spot. Hyderabad have 35 points from 19 matches with leaders Jamshedpur FC and second-placed ATK Mohun Bagan both on 37 points and it is likely that one between these two will finish top of the tree, Jamshedpur also having one game in hand. But Hyderabad will want to do all they can to stay in the hunt.

The match between Hyderabad FC and Mumbai City FC have always been very fierce. Both teams have faced each other a total of five times in the Indian Super League. Out of the five games the Islanders hold the edge with two wins whereas Hyderabad FC have won only once with the other two matches ending in stalemates.

The first leg of this fixture in the current campaign saw Hyderbad FC win when they were on a sparkling run. The Nizams won the 3-1 as Bartholomew Ogbeche, Rohit Danu and Joao Victor scored.