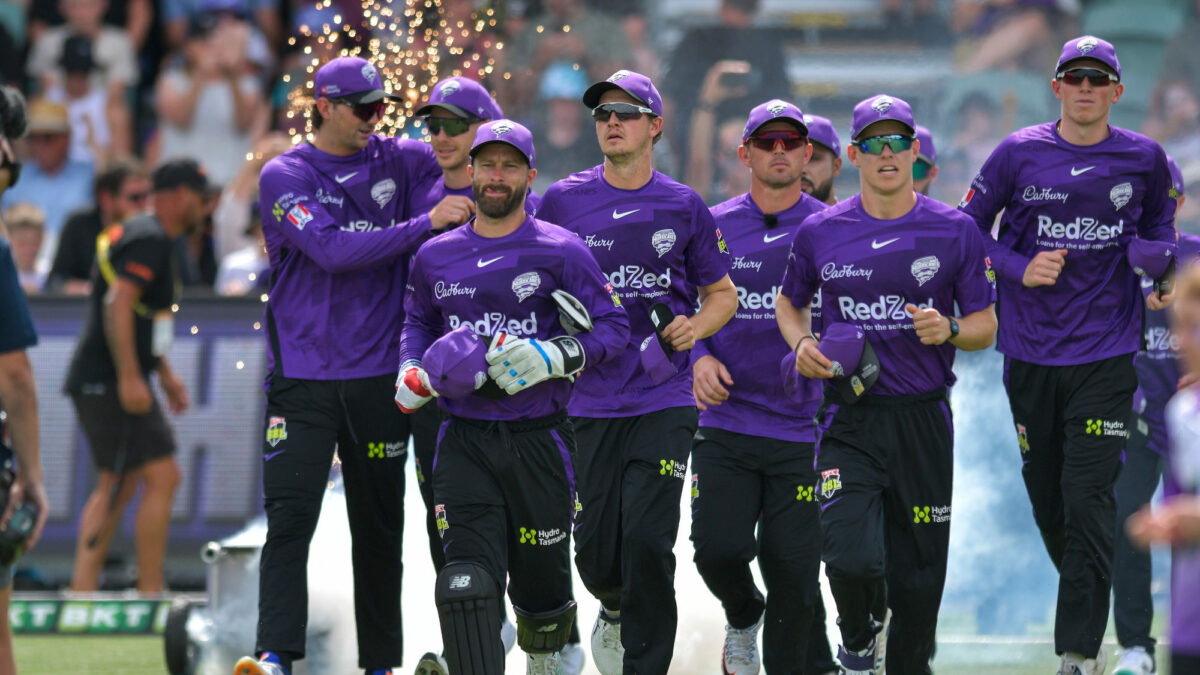 The Hobart Hurricanes have pulled off a remarkable two-run victory over the Brisbane Heat to keep their hopes of making the Big Bash League finals alive.

The Heat were well on track to run down the Hurricanes’ modest total of 9-120 when needing just 16 runs from the final three overs in Launceston with five wickets in hand.

But the chase imploded with top-scorer Jimmy Peirson (39 from 37) falling to Nathan Ellis in an 18th over that went for just four runs.

Heat quick Joel Paris then got rid of Michael Neser in the next over and conceded just two.

Brisbane needed 10 runs for victory off the final over, bowled by part-timer Tim David, but could only manage seven despite a heaving maximum from Tim Bazley off the third-last ball.

Bazley needed a four off the final ball to win the match but could only squeeze a single, leaving the Heat at 8-118.

“The Hurricanes have got out of jail there.”

The result means the Hurricanes jump to fifth on the ladder, a position they can hold if the sixth-placed Sydney Thunder lose to the Melbourne Stars on Wednesday night.

The Heat, meanwhile, missed a golden chance to secure third spot and hosting rights for ‘The Eliminator’ final on Friday.

The Heat fell to 4-30 in the sixth over of the chase, before a 73-run partnership between Peirson and Sam Hain (26 from 34) ironed out a big chunk of the total.

The Hurricanes earlier wobbled to 9-120 after losing the toss and being sent in to bat.

Mac Wright was their sole lone spark with the bat on a tricky pitch, scoring a run-a-ball 56 in his first match of the summer.

Rookie left-arm quick Spencer Johnson was impressive early (2-20 from four overs) and at the death.