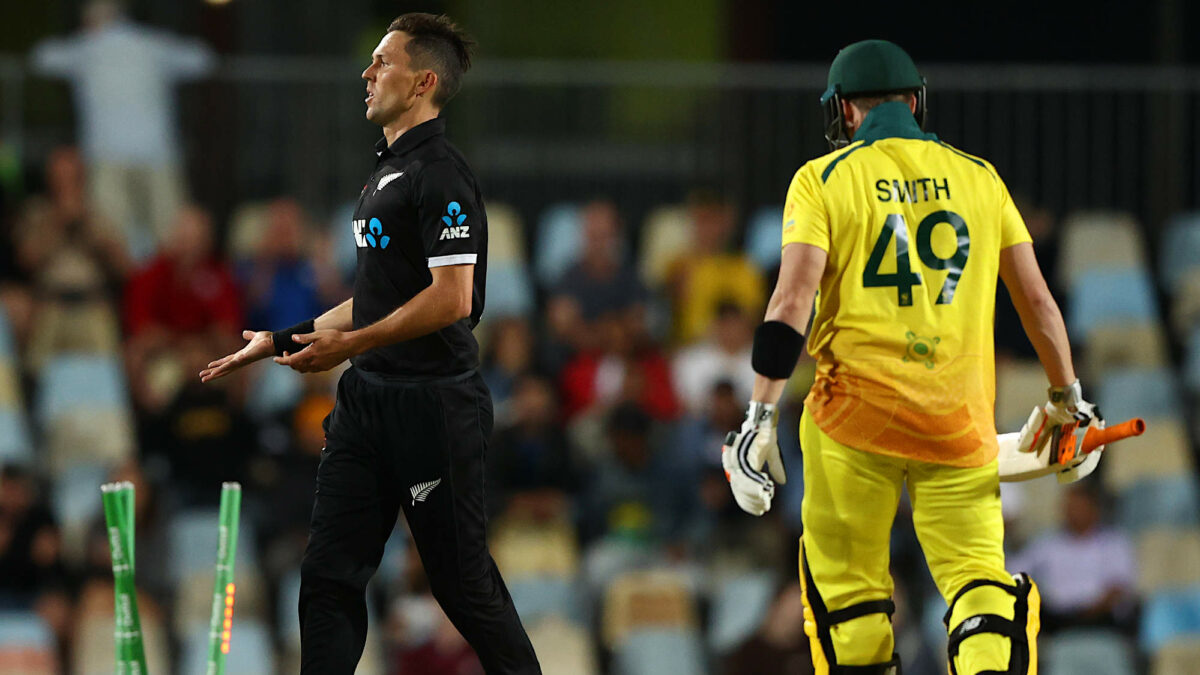 The wheels turn quickly for modern teams. While Australia are still dusting themselves off from a disappointing home tournament, they cannot rest for too long. After all, the next T20 World Cup is less than two years away.

Given Australia was the oldest squad at this World Cup, it is inevitable that change will occur. However, what is Australia’s squad likely to look like in the West Indies in 2024?

Probable Outs
Aaron Finch. Finch has been a colossus in coloured clothing for Australia, but his time is almost at an end. Already retired from one-day cricket, it would be surprising if Finch were not to retire from international T20 as well.

Even if Finch were not to retire, his form no longer guarantees selection. His batting averages and strike rate in T20 have been in decline for some time.

Matthew Wade. Since returning to the team full time in 2021, Wade has been excellent. He played a significant role in Australia’s 2021 World Cup win and has continued to bat well as a lower-order finisher. However, his age will count against him and there are some very obvious replacements for Wade who are likely to take his spot in 2024.

Steve Smith. One of Australia’s greatest long-form batsman, Smith falls foul of not having a natural position in T20 cricket. He is not explosive enough to hold down a top order position. In the last two years, his strike rate has been a meagre 114 over his 14 innings.

This is in the bottom 20 per cent of all international top-order batters over that period. At 33, Smith would be better dedicating his time to test cricket.

Possible Outs
Mitchell Starc. While it was probably the wrong decision, dropping Starc for the last game against Afghanistan is a further indication that Starc is no longer the automatic selection he once was.

Starc’s been gently declining for the last two years and it possible that this may be his last limited overs tournament for Australia. The only pause is that fast left armers are a rare and valuable breed in T20 cricket and there are no real replacements for Starc at the moment. 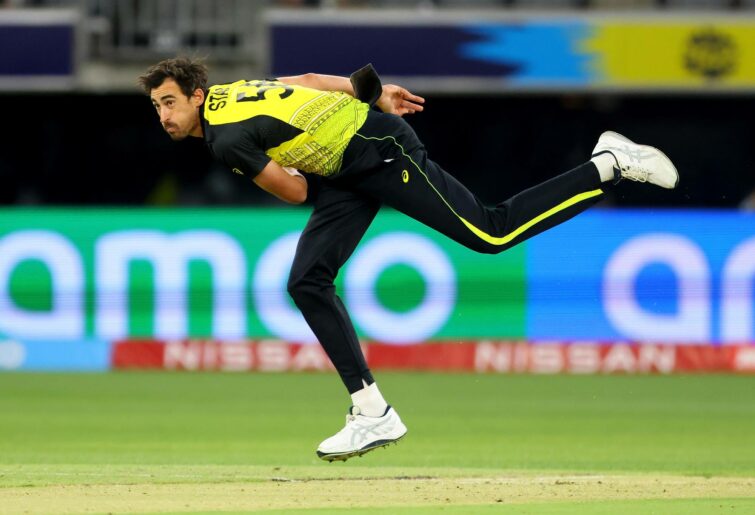 David Warner. The oldest player in the squad and had a poor tournament. Generally, this doesn’t equal longevity, but Warner is more likely to remain in the squad then his long-time opening partner. Warner’s form has been better than Finch’s and selectors may not be keen to shuffle both openers into the sunset.

See also  Let it go: the art of the leave in cricket | Cricket

Kane Richardson. While used as a finishing bowler in T20 cricket, it is questionable whether Richardson still has the goods. In the past two years, he has an economy rate of 9.32, the second worst of all Australians with at least 10 T20 overs bowled (sorry Daniel Sams). He’s 31 and there are already better options available.

Mitchell Marsh and Marcus Stoinis. For both, this is not a question about performance and more about injury history. The M&Ms have both performed well with the bat recently and have been capable with the ball when required.

However, both are on the wrong side of 30 and have a long, worrying history of soft-tissue injuries. Australia’s line-up requires at least one of them to be able to bowl and it is hard to have faith that both will remain fit to play in the 2024 World Cup.

He’s not Australia’s best T20 bowler, but does a solid job at all stages of the game and also offers late-order hitting. The main issue for Cummins is keeping him fresh and engaged as he is a key part of all of Australia’s international teams.

Ashton Agar. It feels like Agar has been around forever but is still only 28. While not often a starter in the team, Agar is a valuable squad player as he does everything well. On the slower pitches of the West Indies, Agar’s controlled spin is likely to come into play.

Adam Zampa and Josh Hazlewood. They have been Australia’s best T20 bowlers in recent times and will remain in the squad barring injury.

Tim David. While David has been inconsistent since becoming a full-time member of the T20 team, he has shown enough to remain in the team. Only Marcus Stoinis has a better strike rate for Australia in the last overs of an innings. Also, Australia just doesn’t have any players outside the squad who can replicate David’s power.

Cameron Green. Was excellent as a top-order fill-in in the lead-up to the World Cup and unlucky not to play more than one game at the tournament. Green is an obvious replacement for Finch as an opener, and can also bowl some overs.

Glenn Maxwell. Maxwell is still a quality starter for Australia’s limited overs teams. While he has not been at his best recently, he remains a brilliant finisher and provides a necessary point of difference in Australia’s line-up. Also, a useful spinner and quality fielder. While the M&Ms have probably been a bit better recently, their injury histories makes them more questionable selections than Maxwell. 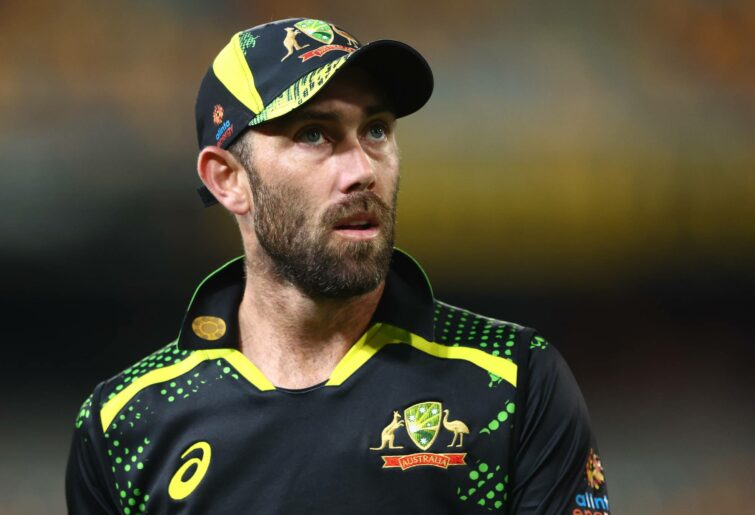 Probable Ins
Josh Inglis. Was part of Australia’s squad until a freak golf injury saw him withdrawn from the squad. He’ll be back. Inglis has been good for Australia in his isolated games and is a natural replacement for Matthew Wade.

Nathan Ellis. Really good in his few games for the T20 team, Ellis was probably the unluckiest player to miss Australia’s squad. Ellis is a quality finishing bowler at domestic level and I think his battery of slow balls will play well in the West Indies. A virtual certainty in 2024.

Mitchell Swepson. Part of Australia’s squad for the 2021 T20 World Cup, Swepson only missed this tournament due to Australia’s pitches being less conducive to spin. This is not the case in the West Indies, meaning that Swepson is a good bet to return.

Possible Ins
Josh Philippe. His talent is not in question. Philippe can make the game look very easy at times and has dominated the Big Bash League in the last few seasons. Has been given some opportunities at international T20 level, but hasn’t looked fantastic. Still young though and likely to be given a lot of time to prove himself before 2024.

Ben McDermott. Another strong BBL performer who has not quite cracked the international game. I think he and Philippe will be fighting for the same spot as a top-order batsmen who can back-up Inglis with the gloves.

Jhye Richardson. If Starc is out, then Richardson is a good bet to replace the pace. He’s danced around all of Australia’s teams recently and has performed well when selected. Does have concerns with injury history. 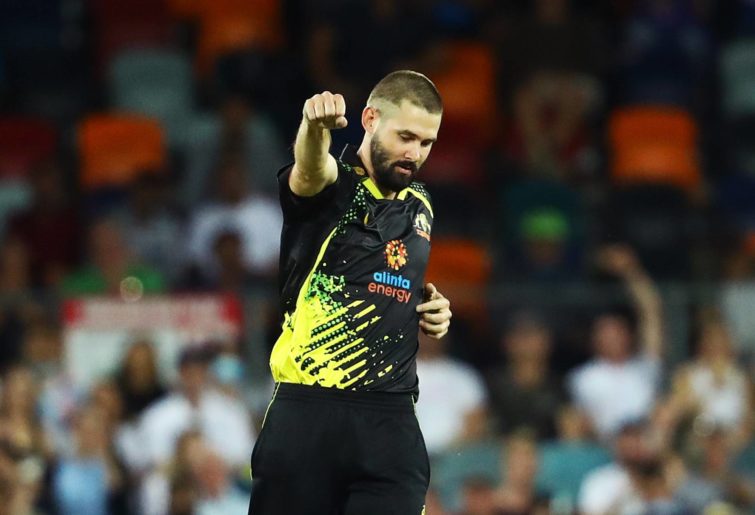 Riley Meredith. Another possible Starc replacement who can bring serious heat with the ball. The problem with pace is that it can disappear from international bats just as quickly, and Meredith has gone for almost 10 runs per over in his brief stint for Australia. Lots of raw talent, but an outside pick at this stage.

Sean Abbott and Daniel Sams. They are both nice players and regular fill-ins for Australia. They can do a bit of everything, but are they good enough at any one skill to represent the green and gold at a full tournament? I doubt it, but it’s possible that one or both makes their case between now and 2024..

Alex Carey. Not really a good enough international T20 batter, but someone has to captain the team and Carey is a very good leader and a solid tactician at domestic level.

Hayden Kerr and Jason Sangha. Let’s finish this with a couple of bolters. Kerr was excellent in the last BBL and was also good in the T20 Blast in England. Brings power with the bat, and useful left-arm pace bowling. A good bet to get some game time for Australia in the next two years.

Sangha is the under 25 player that has the most potential to break into the full squad. A consistent performer at BBL level with the bat, Sangha’s main cause for improvement is to add a bit more power into his game. If that can be coupled with his funky spinners, then Sangha could well travel to the West Indies in 2024.

Predicted Squad
Australia’s aging squad means there are a lot of possible changes that could be made by the time of the 2024 World Cup. However, the short time between cups will limit the opportunity for younger players to press their case. I’m predicting five changes from the current squad.

That’s a useful team, bats nine deep and has seven/eight genuine bowling options. What do you think the future holds? Let me know your thoughts.