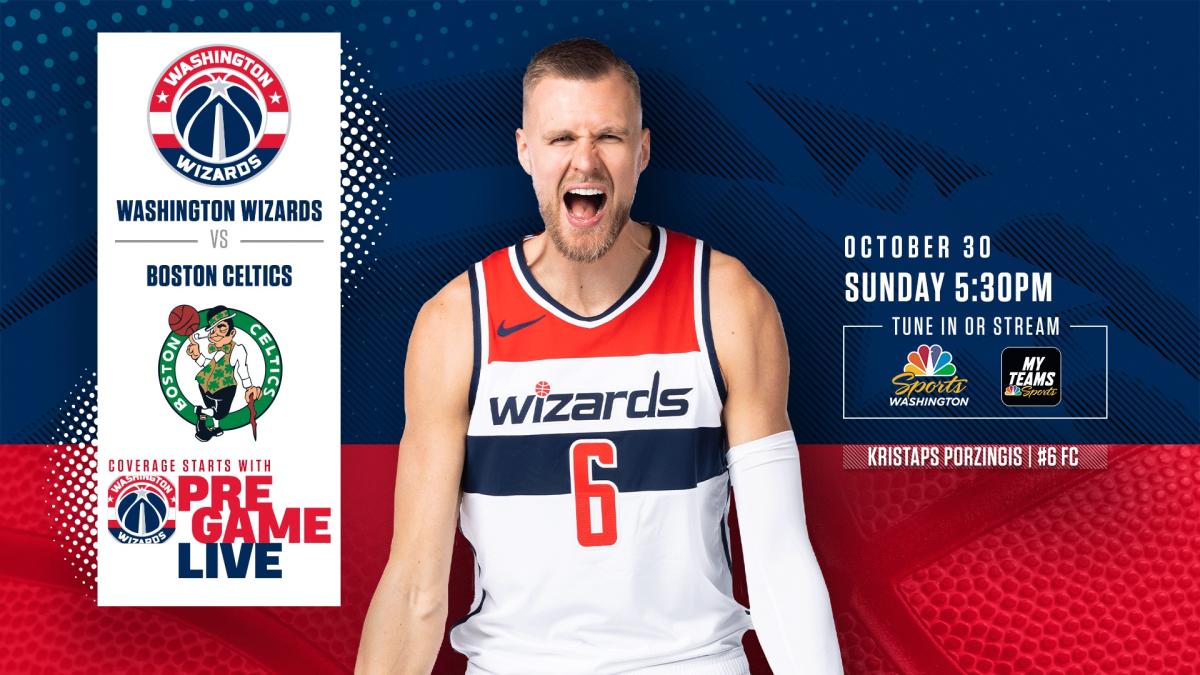 How to watch Wizards vs. Celtics originally appeared on NBC Sports Washington

The Washington Wizards are looking to rebound and get back in the win column after a 126-109 loss to the Indiana Pacers on Friday night. With backup point guard Delon Wright out indefinitely with a hamstring issue, Washington will need to compete with Boston’s stout bench on Sunday.

The Celtics, meanwhile, have a roster that looks even more stacked than it did last season when they made it to the NBA Finals. They traded for former Rookie of the Year and University of Virginia alum Malcolm Brogdon, who will stabilize their second unit at point guard behind Marcus Smart. It’ll be a tough task for the Wizards to compete with that on Sunday.

Here’s everything you need to know about the contest:

WIZARDS vs. CELTICS HOW TO WATCH

What: Washington Wizards vs. Boston Celtics

WIZARDS vs. CELTICS: WHAT TO WATCH

It should be pretty easy for Deni Avdija to find out who he is guarding each night for the Washington Wizards. All he has to do is look at the top of the scouting report.... Read more.

Delon Wright was in obvious pain as he held his right hamstring and hobbled off the court Tuesday night in the Wizards’ win over the Pistons. It turns out the injury was indeed serious, as he has been ruled out indefinitely with a Grade 2 hamstring strain. Wright will be re-evaluated in three weeks, according to the Wizards. However long he’s out, his presence will be missed… Read More.

WIZARDS vs. CELTICS: PLAYERS TO WATCH

Wizards: Deni Avdija (5.3 pts, 4.8 reb, 1.5 ast): Avdija has been entrusted as the starting small forward for the Wizards this season for one reason: to defend the opposing team’s best player. On Sunday it’ll likely be Boston’s Jayson Tatum–can the Wizraeli stop him?

Celtics: Jayson Tatum (32.5 pts, 8.3 reb, 3.5 ast): Tatum’s numbers speak for themselves, as he’s putting up over 32ppg early this season. If Boston wants to take down the Wizards, Tatum will likely be of key significance.