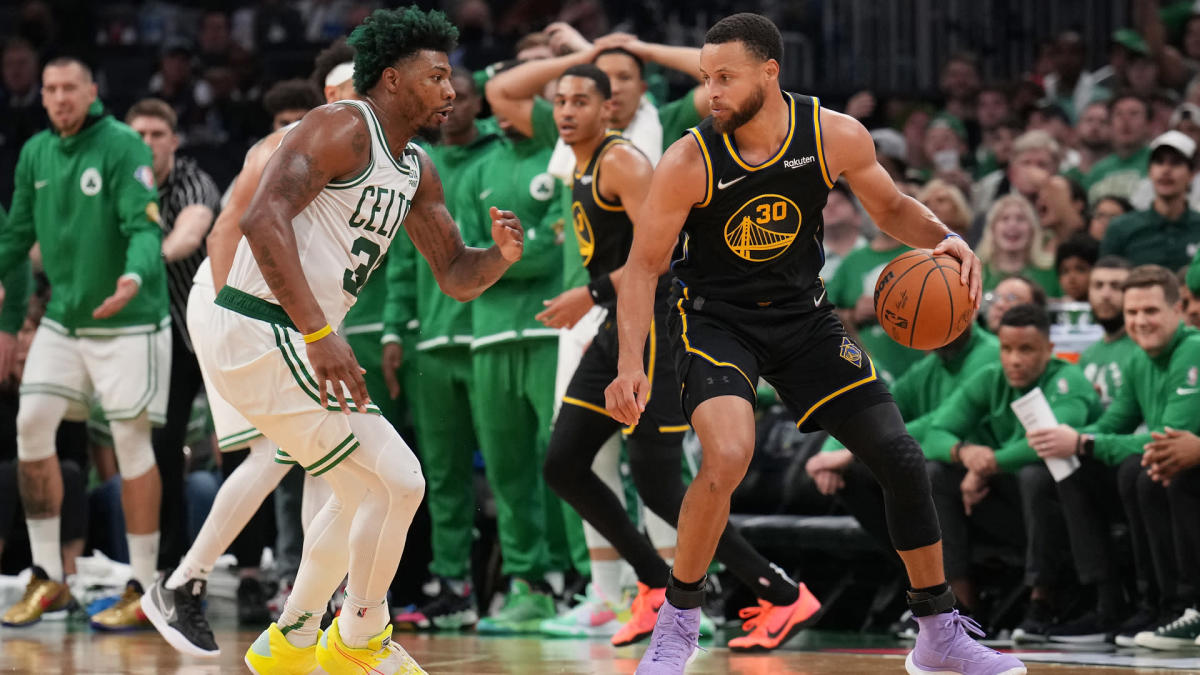 How to watch Warriors vs. Celtics in Game 6 of the Finals originally appeared on NBC Sports Bayarea

It’s closing time for the Warriors.

In the first potential close-out game of the 2022 NBA Finals, Golden State visits TD Garden in Boston on Thursday with the chance to hoist the Larry O’Brien Trophy by the end of the night.

After falling down 2-1 in the series, the Warriors have ripped off two straight wins to put the Celtics on the ropes. Steph Curry willed Golden State to a massive Game 4 road victory with a 43-point, 10-rebound explosion. Curry cooled off considerably in Game 5, but it didn’t matter as the Dubs got big contributions from Andrew Wiggins, Klay Thompson, Jordan Poole and Gary Payton II.

Can Golden State make it three wins in a row? Here’s how to watch the Warriors chase their fourth championship in eight years.

When is Warriors vs. Celtics Game 6?

How can I watch Warriors vs. Celtics Game 6?

Warriors-Celtics Game 6 will air on ABC and stream live on ESPN.com and the ESPN app.

Who is favored to win Warriors vs. Celtics Game 6?

Boston is favored to win Game 6, with the Warriors being listed as 3.5-point underdogs by our partner, PointsBet.

You can check out a full betting preview here.

Editor’s note: All odds are provided by our partner, PointsBet. PointsBet is our Official Sports Betting Partner and we may receive compensation if you place a bet on PointsBet for the first time after clicking our links.