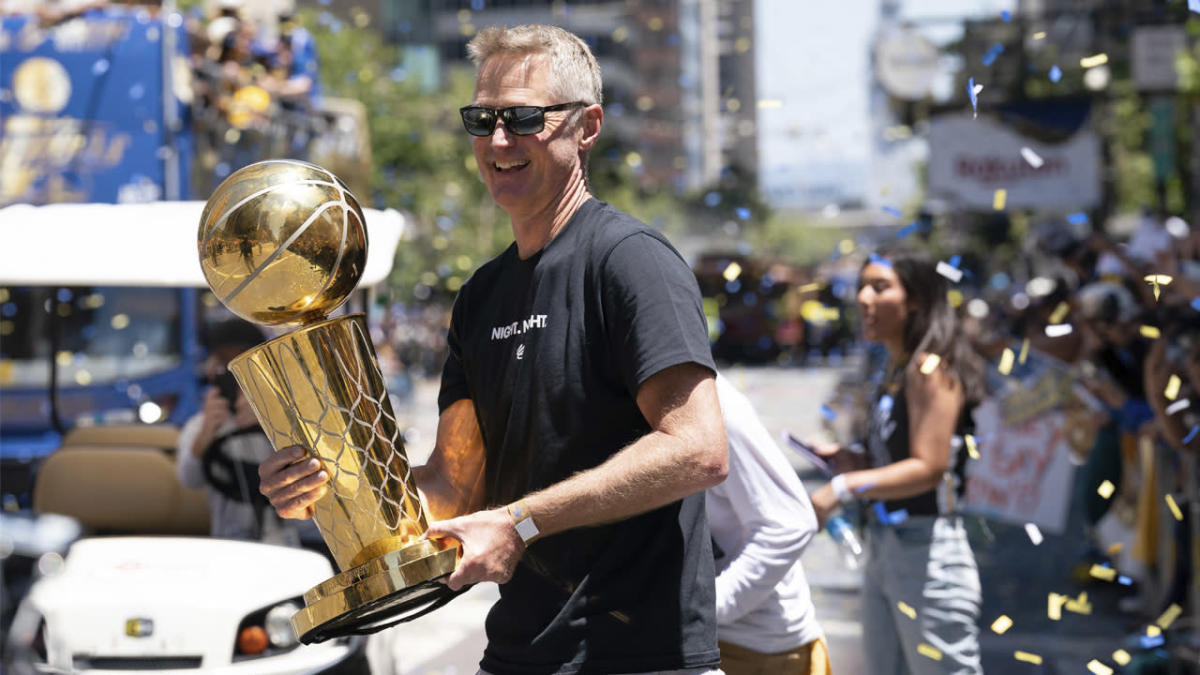 SAN FRANCISCO — Shortly after 11 p.m. on the night of Jan. 20, Warriors CEO Joe Lacob ambled out of Chase Center wearing a grim expression, with good reason. His team had lost, at home, to an opponent missing its top four starters.

This was not an acceptable result for the most expensive roster in the league. It shook players, coaches and fans. It shocked Lacob’s system.

I approached him with an innocuous comment, suggesting the game had to be tough to watch.

There was no sharp anger. Rather, it seemed his displeasure was clashing with confusion, resulting in hyperbole with a sprinkle of humor.

Lacob did not get his money’s worth, and it burned. The Warriors entered that game having lost six of their previous nine games. The wounded Pacers were a gimme. This was, in NBA parlance, a scheduled loss for Indiana.

And yet, five months after this 121-117 overtime loss to a makeshift version of the Pacers, they were celebrating a championship with a parade down Market Street in San Francisco.

How does this happen? How dare the Warriors, with a payroll approaching $350 million, lose to a squad of reserves? And then reach the mountaintop?

The Warriors beat themselves up after that loss and won their next nine games, including wins over four eventual playoff teams — Utah Jazz, Dallas Mavericks, Minnesota Timberwolves, Brooklyn Nets — in the same week.

Though Golden State was 12-14 over the final two months of the regular season, the players stayed faithful, and Kerr stuck to his belief that once the roster got healthy, the team would improve and find its way.

Kerr on Jan. 13, in the grip of losing four of five after falling 118-99 at Milwaukee: “I’m not that concerned. I know we got our butts kicked. We’re just in a rough patch in our season.”

Curry on March 5, after a 124-116 defeat to the Lakers in Los Angeles represented eight losses in 10 games: “[We’re] giving in to a losing mentality. We’re not that team. I’m not gonna let us be that team. We know — we’ve shown — who we are in terms of how we started the season. I feel like we can obviously get back to that.”

Kerr on March 30, after a 107-103 loss to the Phoenix Suns at Chase Center: “It was a great performance in terms of our defense and our energy and the fight from start to finish. We couldn’t close the game, but the main thing is we can come out of that game recognizing our team. That’s our team. It’s a great sign.”

The Warriors went 21-6 after that game, 5-0 to close the regular season and 16-6 to prevail in the postseason.

With lead assistant Mike Brown orchestrating the defense and No. 2 assistant Kenny Atkinson as his right-hand man on offense, Kerr navigated his best pure coaching job yet. The Warriors solved every playoff opponent, and then pushed each into summer.

“He’s a guy that knows what he doesn’t know,” Draymond Green said after series-clinching Game 6 in Boston. “That’s one of the best traits you can possess in this world, is being smart enough to know what you don’t know. And Steve is absolutely incredible at that. He leans on [his assistants] for their strengths. That’s huge. And his confidence in knowing we’ll figure this out and we’ll go make some adjustments and we’re going to put you in the best position that we can to be successful, and just never being rattled.”

Every player, coach and front office official could breathe freely. Lacob isn’t particularly skilled at submerging his emotions and generally doesn’t try. His appetite for triumph is voracious. Players know it.

General manager Bob Myers knows it. The NBA being a death race for head coaches, nobody likely feels it as much Kerr.

Yet Kerr never yielded to the stress that comes with coaching a team whose boss is willing to bloat the payroll in pursuit of success. That lofty payroll, a few nickels short of $350 million including luxury taxes, hovered above the Warriors all season, a symbol of what was expected.

Lacob shoots beyond the moon, and clearly is willing to foot the bill for the ride. He wasn’t always getting his money’s worth, and it was a lot of money.

In the end, Lacob got what he paid for: The opportunity to join the Warriors contingent basking in the glow victory in the wee hours last Friday at TD Garden in Boston, sour moments of the past cleansed by the sweetest possible finish.