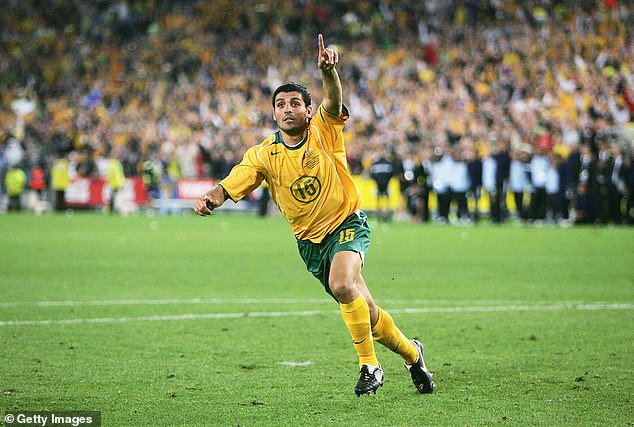 John Aloisi will always be defined by that unforgettable penalty against Uruguay in Sydney.

The date was November 16 in 2005 and the scenes were electric at what was then known as Stadium Australia.

In an instant, 32 years of heartbreak ended – and it was party time as strangers hugged one another in the stands, scarcely able to believe that Australia were going to a World Cup for the first time since 1974.

As had been the case four years earlier, Uruguay again stood between Australia and a place at football’s coveted, invite only event.

In 2001, the Socceroos had traveled to South America defending a slender 1-0 lead after the first leg, before losing 3-0 in Montevideo.

This time, the onus of overturning a one-goal deficit from the first leg fell on them.

Mark Bresciano levelled the score on aggregate in the first half, but when the two teams couldn’t be separated after 120 minutes of football, penalties were required.

Harry Kewell, Tony Vidmar and Lucas Neill all found the net for the Socceroos, while Mark Schwarzer saved from Dario Rodriguez.

Aloisi, whose glittering CV includes stints in the English Premier League, Italy’s Serie A and Spain’s La Liga, had come on a substitute six minutes into extra time.

Now, in front of 83,000 delirious fans, he had an opportunity to become a national sporting hero – and his trusty left foot did the rest. Absolute bedlam followed. 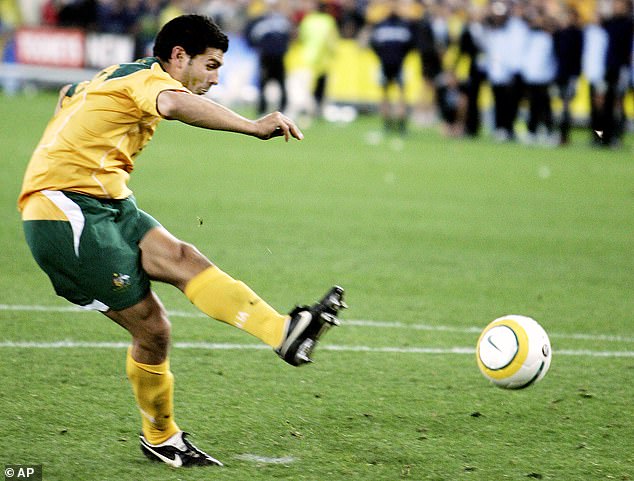 ‘As I hit it, I looked up and I can just see the ball going into the net,’ Aloisi told SEN’s This Is Your Sporting Life.

‘I’m pretty sure it’s a goal but I’m not 100 per cent sure, so I ran off to start celebrating but my face was a little bit stunned.

‘Until probably half a second later I’ve seen the net move and then the crowd just erupt, that’s when I knew it was definitely in.

‘And then all the emotions came out.’ 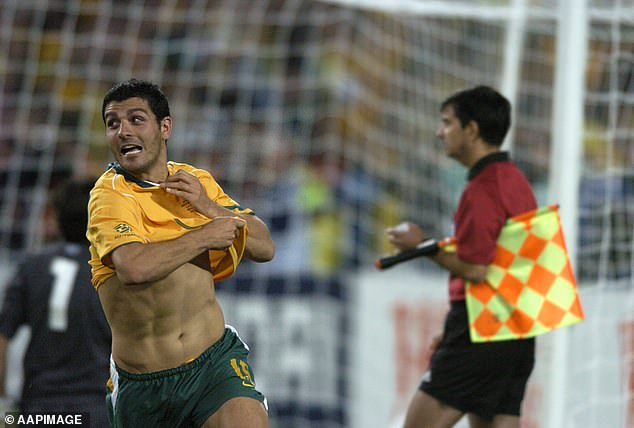 Aloisi ripped off his shirt and wheeled away in celebration, in scenes that immediately became part of Australia’s sporting folklore 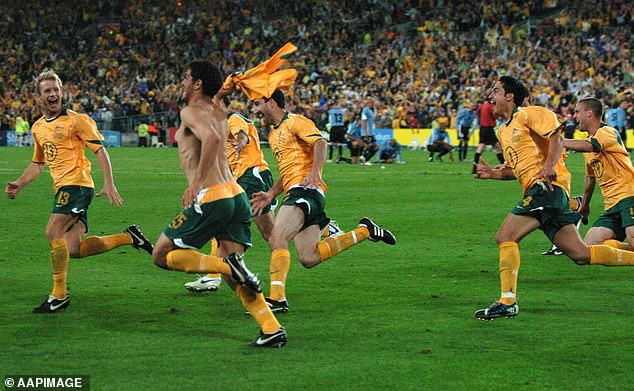 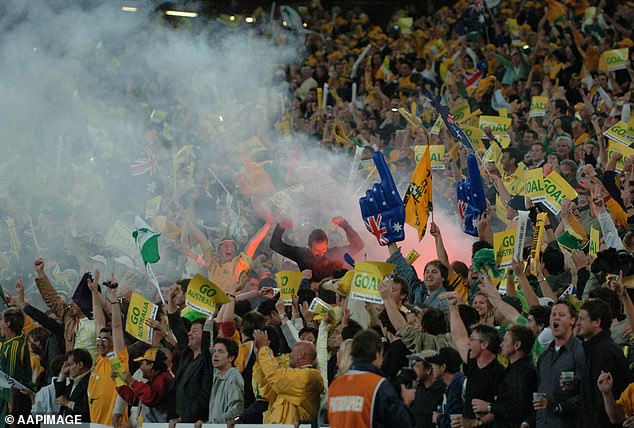 In iconic scenes, Aloisi – now the head coach of Western United in the A-League –  frantically ripped off his green and gold jersey and made his way to celebrate with family and friends.

His elated teammates followed, as collective painful memories from November 2001 in Montevideo against the same opposition were extinguished.

It left Aloisi and Schwarzer as the two names on everyone’s lips as the Socceroos announced themselves on the world stage. 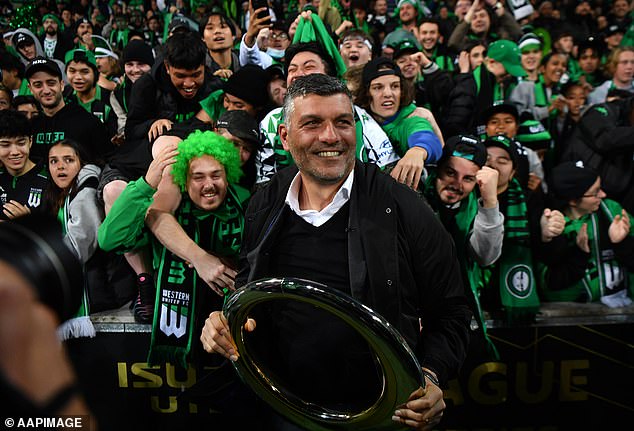 ‘Finally. We thought it was going to happen, we were dreaming [about] this for 32 years,’ the man affectionately known as ‘Johnny’ said post game.

‘You couldn’t ask for a better finish with 83,000 people here to watch us, 20 million people in Australia following us.

‘We just can’t believe it.’

The Adelaide born striker was then named in Guus Hiddink’s squad for the World Cup in Germany in 2006 – and came off the bench to find the back of the net in Australia’s 3-1 group game win over Japan. 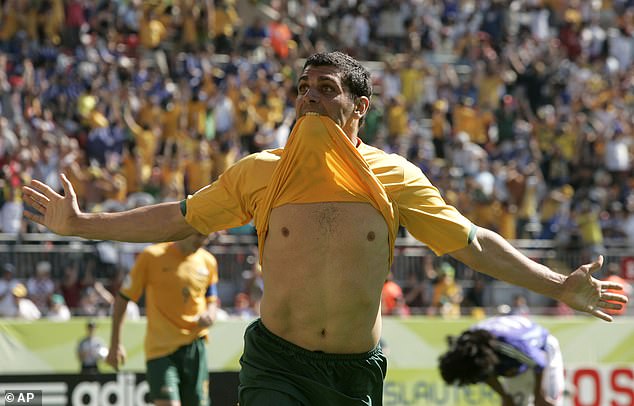 And in the years which followed, Aloisi’s moment of truth continued to be celebrated.

In 2008, the Sport Australia Hall of Fame ranked the feat in their top three moments of all time.

High praise when you consider football has lived in the shadows behind the likes of AFL and rugby league for decades.

And while the code hasn’t kicked on as many hoped locally, Aloisi’s exploits on that famous night for the Socceroos will never be forgotten.