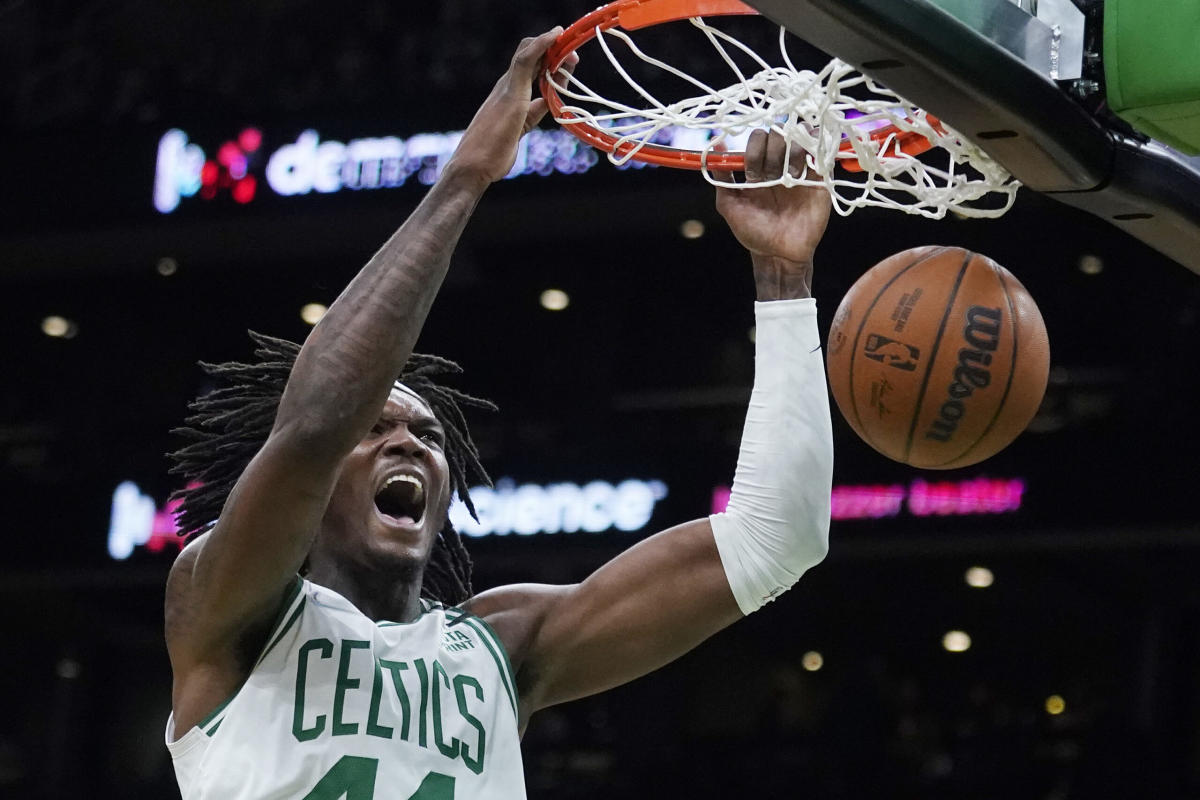 It is probably not all that controversial of a statement to say that if starting Boston Celtics center Robert Williams III had been healthy in the 2022 NBA Finals, the team might have hung Banner 18 this past summer instead of falling to the Golden State Warriors in six games.

The news that the Texas A&M product is going to be out of action until at least sometime in the month of December after getting an arthroscopic cleanup operation this summer on his surgically-repaired knee was enough to get some analysts wondering if the team is truly a title contender without him.

With such things being out there in the ether, just how important is Timelord to the Celtics?

Take a look at the clip embedded above to hear what the hosts of the “First to the Floor” podcast and guest Eric Weiss of Luceo Sports had to say about that question.

Could Jayson Tatum average 30 points for the Boston Celtics this season?

Could the Boston Celtics be better under Joe Mazzulla than Ime Udoka?

Can the Boston Celtics win the NBA’s East again in 2023?

Marcus Smart on Jaylen Brown-Joel Embiid scuffle: ‘We’re in this together no matter what’

Marcus Smart’s key to beating the Heat? To ‘not let them throw the first punch’