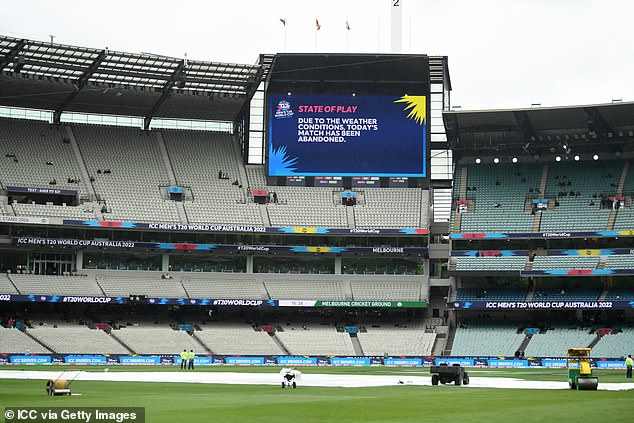 How England can STILL qualify for the World T2O semis: As rain threatens their must-win clash with Australia, Jos Buttler’s side know BIG wins over New Zealand and Sri Lanka would guarantee a semi-final spot

Jos Buttler’s side were set to meet the reigning world champions at the MCG on Friday night, with the English desperate to bounce back after their dismal defeat by Ireland on the same ground two days ago.

However, with Ireland’s game against Afghanistan called off at the same venue earlier in the day, the Friday night blockbuster was in major doubt of going ahead due to lengthy showers throughout the city.

Heavy rain has played a huge part in this year’s tournament thus far and three of the last four matches have been rain-affected, with the weather expected to have a great impact on which teams progress to the semi-finals.

A draw means that Australia and England would each take a point and with Buttler’s side still to face the in-form New Zealand, that point keeps them within touching distance of the group leaders and gives them a chance of leapfrogging them.

The net run rate is heavily in the Kiwis’ favour, due to their mammoth win over Australia, so England would need a big win over their rivals, plus a victory over Sri Lanka, to pip them for a place in the last four. 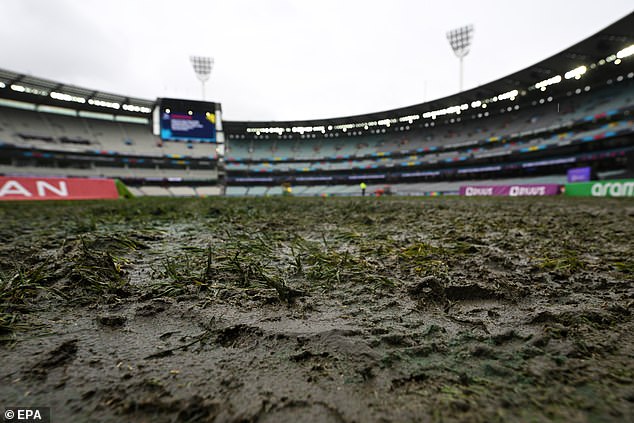 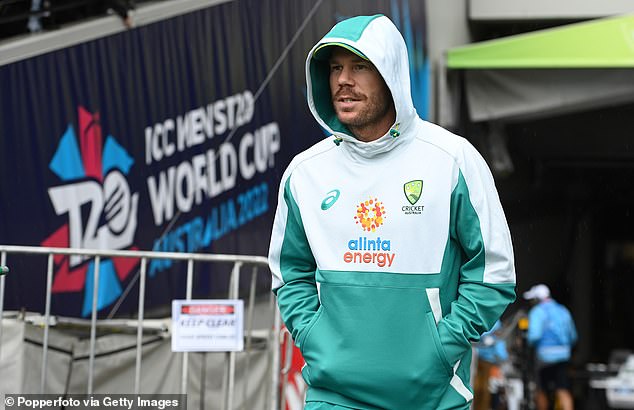 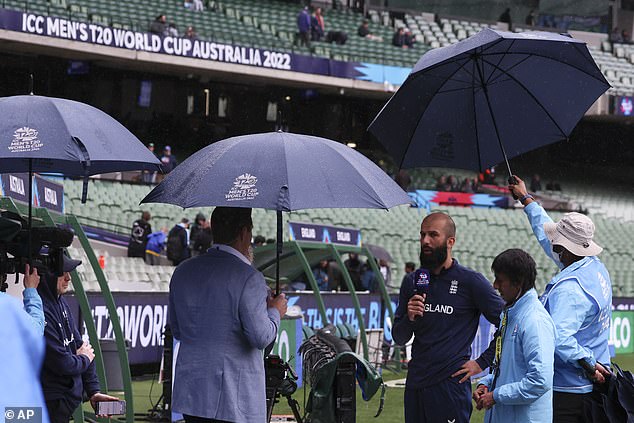 For Aaron Finch’s side, the point also keeps them well in the mix and, on paper, they have the easier of the final two games compared to England – taking on Afghanistan and Ireland.

They would need England to beat New Zealand, and to win their games, to qualify for the semi finals.

Of course, New Zealand play Sri Lanka in Sydney tomorrow and should that match be abandoned and the spoils shared, then England would only need a win – even by the slimmest of margins – to go ahead of them, plus a win over the Sri Lankans.