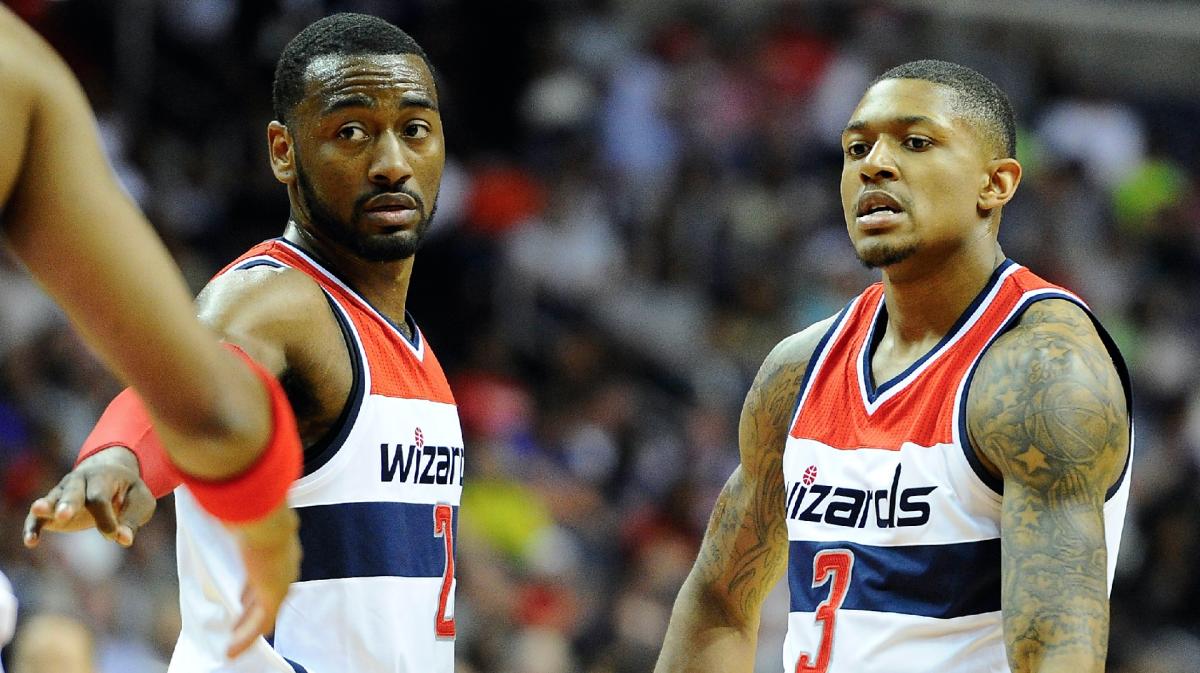 John Wall brough a sense of magic to D.C. basketball that hadn’t been encountered in Washington for decades prior. But below the surface, the star guard—fondly dubbed ‘D.C.’s Point God’ during his tenure as a Wizard—was struggling.

In a new first-person account written in the Players Tribune, Wall describes the extreme adversity he faced in his last few seasons in Washington as well as after he was traded to Houston. From his mother’s diagnosis and ultimate passing from cancer to his leg injuries precluding him from playing the game he loved, Wall was in a dark place.

One story Wall details in his entry to the Tribune centers around the night he was told that his mother had died but was revived by doctors and placed on a ventilator. That moment is when his relationship with Bradley Beal began to develop more than just that of a teammate.

“We were playing in Charlotte. I was still rehabbing, trying to get back on the court. We had just landed when I got the call,” Wall writes.

Wall is likely referring to the Wizards vs. Hornets game in Charlotte on Dec. 10, 2019. This was right in the middle of the period when Wall was sidelined for over an entire season after suffering a ruptured Achilles tendon.

After Wall received that devastating phone call that night, he broke down. Beal, Wall’s best teammate during his time in Washington and current star Wizards’ shooting guard, was there for him.

“We got to the team hotel [in Charlotte], and I just snapped. I smashed everything in that Ritz Carlton — the TV, the mirror, everything. That’s actually when I got really close with Brad,” Wall writes. “I think he knew there was nothing even to say, so he came down to my room and just sat with me. He was there for me during the hardest moment of my life.”

“My best friend passed over to the other side,” Wall wrote.

Almost a year later, Wall was traded to the Houston Rockets in a deal that sent Russell Westbrook to Washington. His eight-plus-year run of playing alongside Beal in an electric Wizards’ backcourt was over. Two months ago, Wall signed with the Los Angeles Clippers after being bought out by Houston.

Through the years, though, Beal and Wall have remained close. In an interview with Warriors’ forward Draymond Green back in March, Beal noted how close the pair remains.

“John is a brother — like, still to this day. I could pick up the phone and call John and if I need him, he’s here. And it’s the same vice versa,” Beal said.

Now, Beal remains the focal point of the Wizards’ hopeful playoff run while Wall teams up with two of the best players in the NBA—Kawhi Leonard and Paul George—on the Clippers. Though the two are 3,000 miles apart, they remain very close friends. They’ll have a chance to reunite on Dec. 10 of this season (three years to the day after that phone call in Charlotte), when Wall returns to play in Washington with the Clippers.