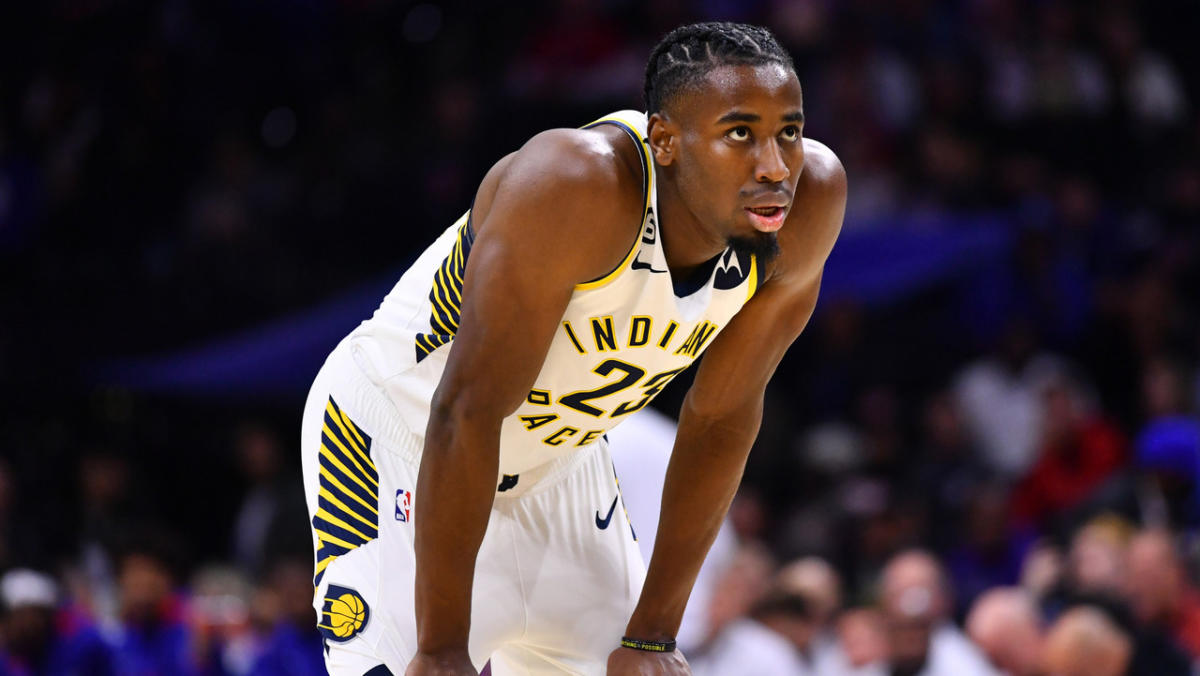 How Nesmith, other ex-Celtics have fared this season originally appeared on NBC Sports Boston

The Boston Celtics will welcome Aaron Nesmith back to TD Garden on Wednesday night when they host the Indiana Pacers.

Nesmith, selected 14th overall by the Celtics in the 2020 NBA Draft, was traded over the summer to the Pacers in the deal that brought Malcolm Brogdon to Boston. Ex-C’s big man Daniel Theis and a chunk of the bench mob — Malik Fitts, Nik Stauskas, and Juwan Morgan — were included in the trade.

Forsberg: A bad week or something worse? Slumping C’s have questions to answer

Nesmith has played well thus far in Indiana, and he isn’t the only young ex-Celtic who has broken out this season. Another No. 14 overall pick by Boston, Romeo Langford, has found his groove as of late with the San Antonio Spurs.

As we look ahead to Wednesday night’s Nesmith-Celtics reunion, here’s a rundown of how he, Langford, and other former Celtics have fared so far this season.

Nesmith showed flashes of his potential, but he didn’t get a consistent opportunity during his brief time in Boston.

The Malcolm Brogdon trade gave Nesmith the change of scenery he needed.

Nesmith enters Wednesday’s game vs. his former team averaging 8.8 points and 3.5 rebounds through 27 games (15 starts). The 6-foot-5 guard shooting a career-best 38.7 percent on 3-pointers and is coming off a performance in which he dropped a career-high 23 points vs. the New York Knicks.

“Aaron’s great,” Celtics interim coach Joe Mazzulla told reporters on Tuesday. “He came into a situation where he had an opportunity — it was also up and down for him — and I thought he handled it with great professionalism. He works really hard, and I thought he played hard, and then I’m watching him on film with another team and he plays really, really hard. So I’m excited for the situation that he’s in. He’s taking advantage of it.”

Theis has yet to play for the Pacers. The former Celtics big man, who joined Nesmith in the Brogdon deal, had knee surgery in November and is sidelined indefinitely.

Last season for the C’s, Theis averaged 7.9 points and 4.7 rebounds in 21 games. Boston brought him back into the fold before the 2022 trade deadline by sending Dennis Schroder to the Houston Rockets.

Langford, drafted 14th overall by the Celtics in 2019, was sent to San Antonio in last year’s trade that brought Derrick White to Boston. Like Nesmith, he never had the opportunity to produce on a consistent basis with the C’s. Much of that was due to injuries.

Recently, Langford has carved out a role with the Spurs. The 23-year-old already is one of their better defenders and has made a difference lately with his scoring as well. He has tallied double-digit points in four of his last seven games, including a Dec. 10 win over the Miami Heat in which he dropped a career-high 19.

Langford is averaging 6.5 points and 2.9 rebounds through 17 games (six starts) this season.

Richardson is doing with the Spurs exactly what he did for the Celtics during his brief tenure. The 29-year-old veteran has provided a scoring punch off the bench while providing solid defense. Through 21 games, Richardson is averaging 10.7 points and 2.9 assists while shooting 41.3 percent from the floor and 36.8 percent from 3.

Schroder rejoined the Lakers in free agency after a brief stint with the Celtics and Rockets in 2021-22. Through 16 games (13 starts) this year, the veteran point guard is averaging 10.3 points and 3.8 assists. He’ll never live down turning L.A.’s $84 million contract offer two summers ago.

Walker’s knee issues won’t allow him to be the player he once was, but he’s shown that he has something left in the tank. He was signed by the Mavericks in late November and made his season debut on Dec. 10, scoring eight points and dishing five assists in 20 minutes. On Saturday, he put on a show with 32 points (12-25 FG) and seven assists against the Cleveland Cavaliers. A feel-good story for a beloved ex-Celtic.

It’s the same old story with Hayward this season. He’s productive when he’s able to take the court, but that hasn’t been often. He has played in only 14 of the Hornets’ 31 games so far this year due to injury. In those 14 games, Hayward is averaging 15.9 points, 4.6 assists and 4.1 rebounds while shooting 45.5 percent from the floor.