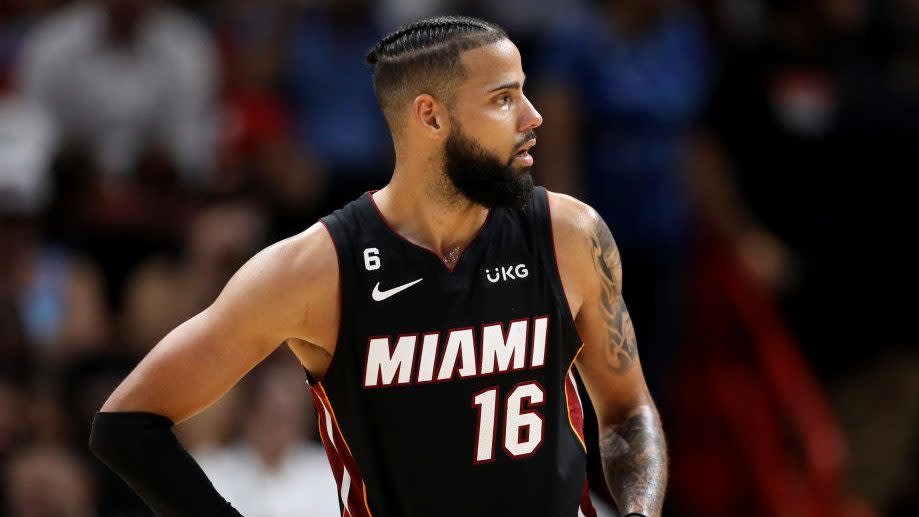 Caleb Martin stood over Christian Koloko taunting him, then when Koloko bounced up, Martin tackled him into the first row.

That will cost Martin a game — and a game’s pay. The NBA announced it has suspended the Heat’s Martin for one game for “or instigating an on-court altercation by taunting Toronto Raptors center Christian Koloko and then tackling him into the spectator stand.”

The NBA fined Koloko $15,000 for “grabbing Martin during the altercation.” Heat rookie Nikola Jovic also got suspended a game for leaving the bench during the scuffle.

It’s an earned and deserved suspension for Martin, although the NBA’s consistency on what’s a fine and what’s a suspension remains puzzling at times. Both he and Jovic will sit out Monday when the Heat play the second game of a two-game homestand against the Raptors.

The incident occurred midway through the third quarter Sunday as Martin and Koloko battled for rebound positioning on a Pascal Siakam corner 3. The two got tangled up, Koloko fell to the ground, Martin stood over and taunted him, and when Koloko stood back up Martin lowered his shoulder and tackled him. Both players were ejected.

Here’s more on the Heat