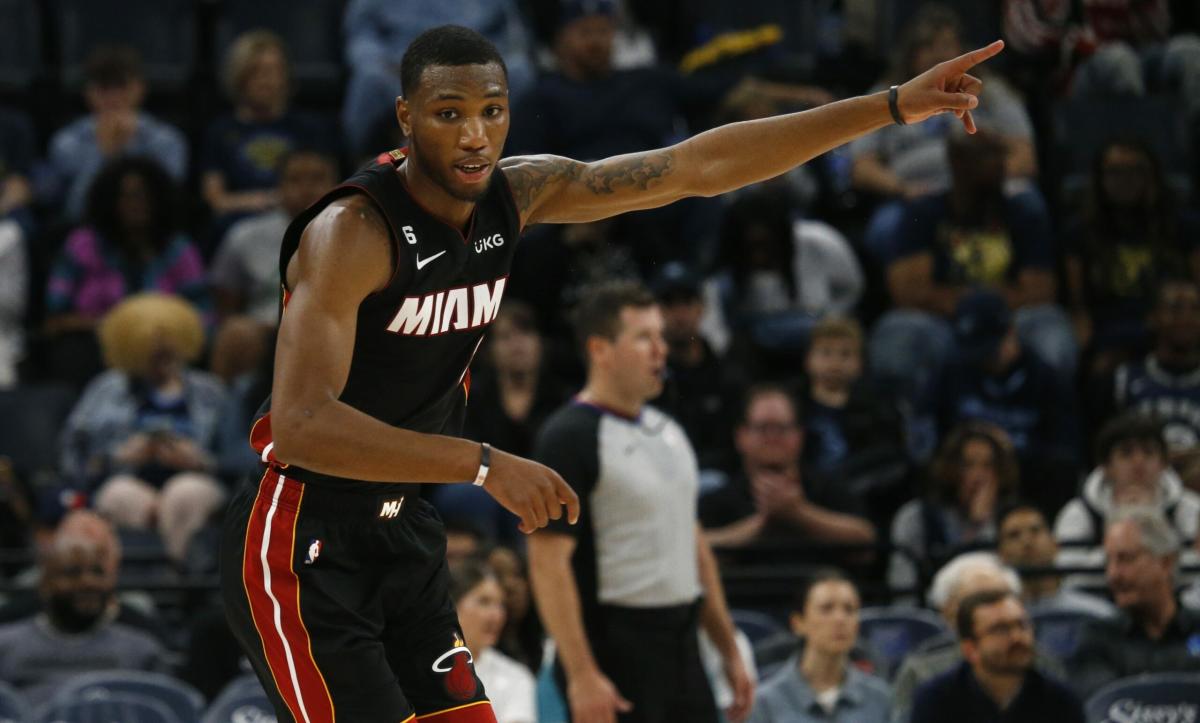 Miami Heat rookie Jamal Cain will reportedly be converted to a two-way contract after a strong start in the preseason, according to Adrian Wojnarowski of ESPN.

Cain, who went undrafted this year out of Oakland, was named the Horizon League Co-Player of the Year after averaging 19.9 points, 10.2 rebounds and 1.8 steals as a fifth-year senior. He was the only player in the conference to average double figures in points and rebounds.

The 6-foot-7 forward played five games with the Heat in summer league, averaging eight points, 6.2 rebounds and 1.8 steals. The team then signed him to an Exhibit 10 contract in late July with the expectation that he could compete for a two-way deal.

See also  ‘We’re in this together no matter what’

Through the first three games of the preseason, Cain is averaging 12 points, 6.3 rebounds, 2.3 steals and 1.7 assists on 44.4% shooting from 3-point range. He has totaled 34 points, 17 rebounds, seven steals and four assists over his last two games.

Cain will split his time this season between Miami and the Sioux Falls Skyforce in the NBA G League. He is eligible to spend no more than 50 games in the NBA and will earn a flat salary equal to 50% of the minimum salary applicable to a player with zero years of service.

NBA Power Rankings: Warriors take the No. 1 spot in quest to repeat