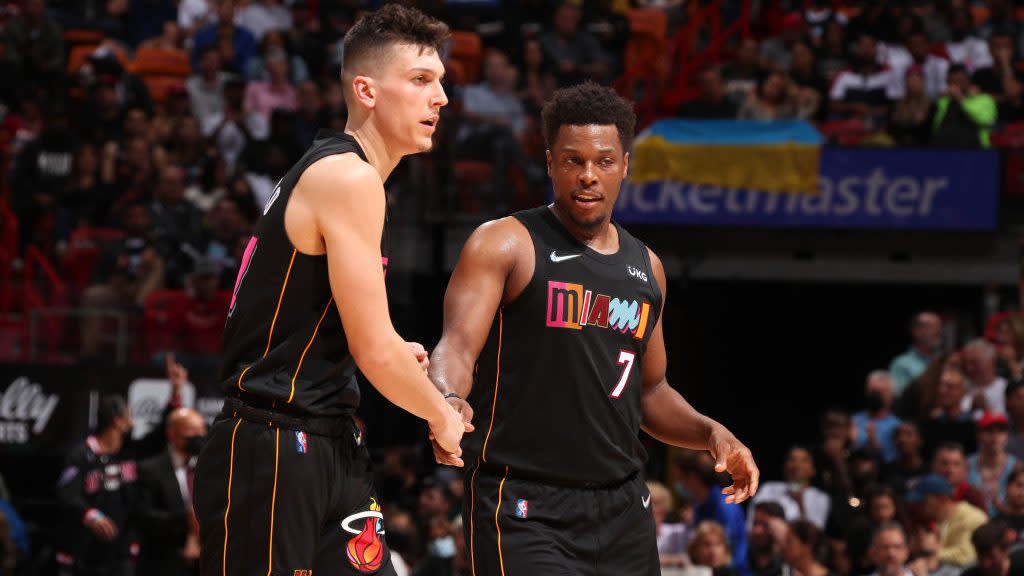 He’s calling out his own players.

Kyle Lowry called Miami’s season – which ended in Game 7 of the Eastern Conference finals – a wasted year. The Heat’s Sixth Man of the Year Tyler Herro said he wants to start next season.

Riley’s response to both, essentially: Do something about it.

I think we’re seeing this in the league, if you want to win a championship, and you want to be a starter, you really have to become a two-way player today.

You’ve got to be in world-class shape. You just have to be. And that is something, as you get older, there’s a point of diminishing returns as you get a little bit older, that when you’re younger you can do things in spite of that. But I’m not saying that when he was younger he wasn’t in the kind of condition that he was in this year. But he definitely is going to have to address that, and it will be addressed. And to get to what the perfect overall conditioning for him to be successful – because he plays the game in a manner where he needs his strength and his size. He’s not Tyler Herro. He’s not that lean kind of guy. But I think he can be in better shape.

Herro hasn’t defended well enough. At his size, he’ll probably never be a lockdown defender. But he can defend better.

Lowry missed 19 regular-season games due to injury and personal reasons. He wasn’t healthy in the playoffs. But because, as Riley said, Lowry has a distinctive body type and playing style, it’s tougher to tell from afar whether the point guard in proper shape. There was room for plausible deniability.

Yet, Riley shattered that by calling out Lowry publicly.

Not every executive could get away with such harsh comments. Players would rebel.

Riley has the cachet to call it like he sees it.

More on the Heat

Duncan Robinson says getting benched “sucks in a lot of ways” Pat Riley at age 77: “I can do more push-ups than you can right now” Rumor: Miami Heat would “love” to trade for Patrick Beverley