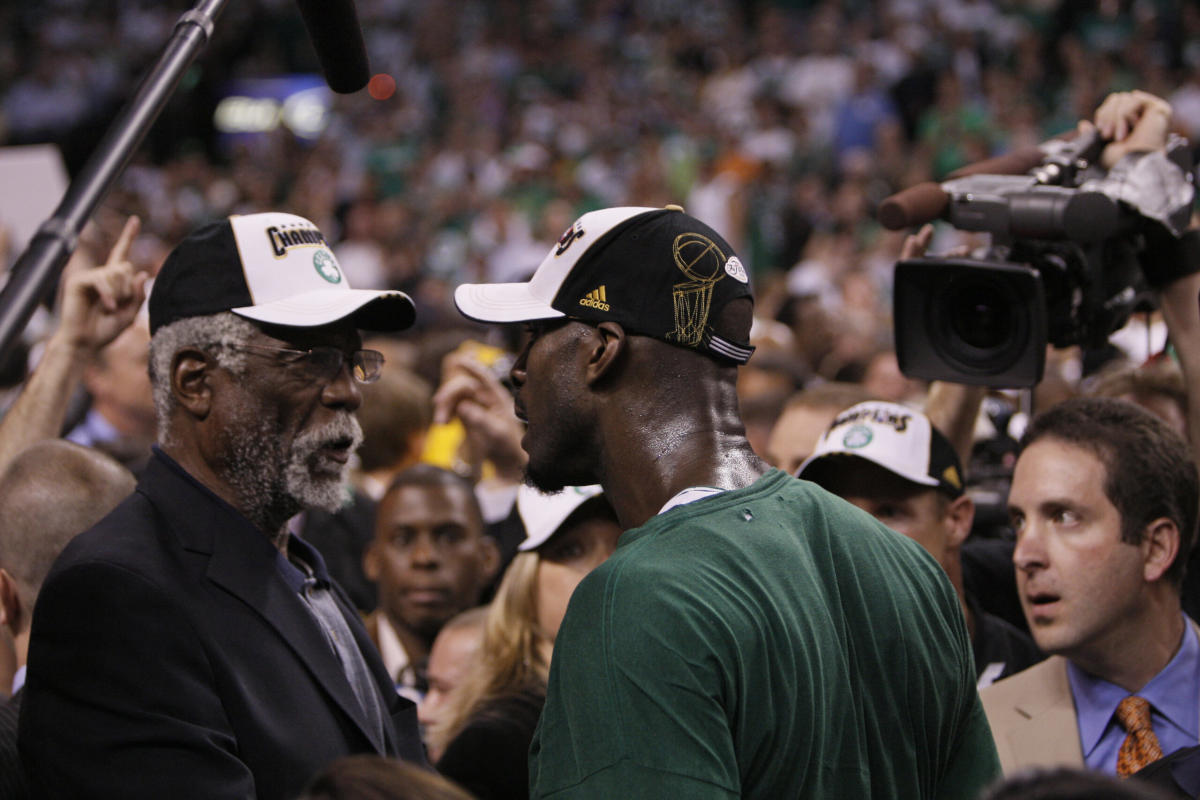 When it comes to greatness on the Boston Celtics, there are few who one might rank above Hall of Fame Celtics forwards Paul Pierce and Kevin Garnett, but that duo of Boston icons had plenty to say about the greatest Celtics player of all time and perhaps the greatest in the history of the league itself — legendary Boston big man Bill Russell.

Between his risky and historically important humanitarianism and the 11 titles with all the accompanying accolades that came with them, there will never be a greater winner than Russell, nor a better person to emulate beyond the court.

The Big Ticket and The Truth recently got together to sing the praises of the late, great Russell in a clip put together for the Showtime Basketball YouTube channel.

Take a look at the clip embedded above to hear what the duo had to say.

Is the NBA’s Eastern Conference finally the tougher conference?

How important is Robert Williams III to the Boston Celtics?

Are the Brooklyn Nets the biggest threat to the Boston Celtics to come out of the NBA’s East?

Celtics drop first game of the season, fall to the Bulls 120-102

10 things the Boston Celtics’ opening night lineups can tell us