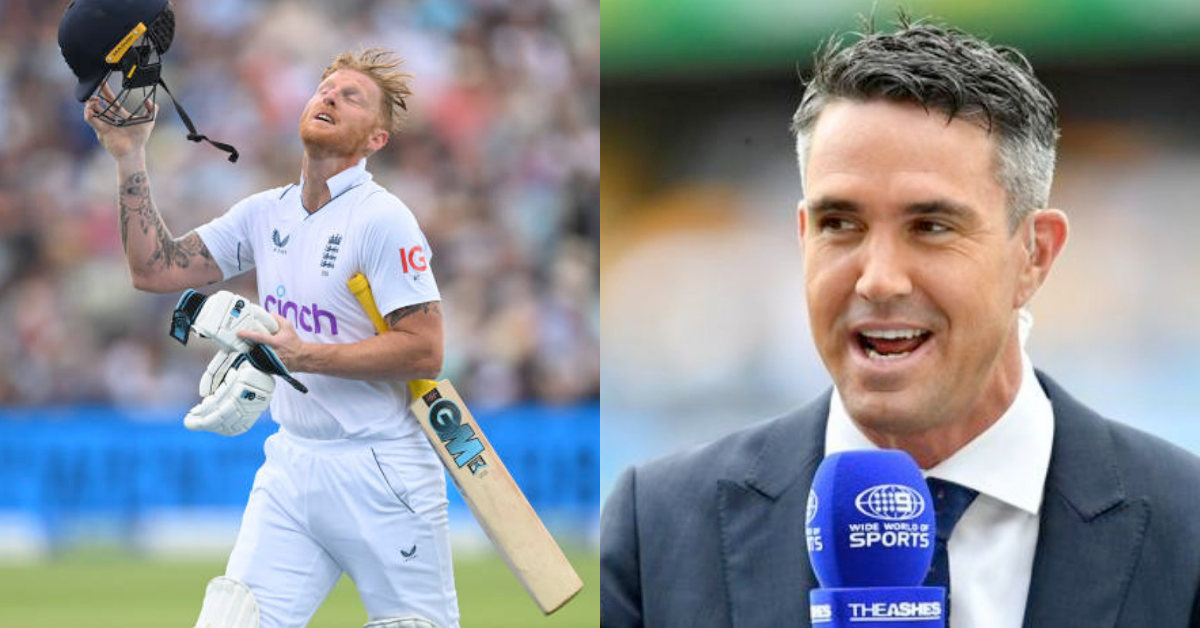 Kevin Pietersen was not very happy with the way England captain Ben Stokes went with his batting on day three of the ongoing fifth Test against India and lost his wicket going for over-the-top shots. Stokes and Jonny Bairstow had added 66 runs to stabilize the hosts’ innings after resuming on 84/5.

India had the upper hand when the game resumed on day three but Ben Stokes and Bairstow negated that advantage as they played out the dangerous passage of play at the start of the first session and then Stokes started to play some aggressive shots.

He started to advance down the track to the likes of Mohammad Shami and Jasprit Bumrah, trying to negate the movement off the pitch but was beaten quite often by the Indian bowling duo. He did manage to hit 25 runs in 36 balls in the partnership, his downfall came against Shardul Thakur, who was bowling his first over of the innings.

I Was Watching Stokes Run Down The Wicket And Slog The Ball Straight Into The Air. It Was Reckless Batting: Kevin Pietersen On Ben Stokes

Stokes, who started the day yet to get off the mark, played a knock that lacked control and he almost gifted his three wickets before getting dismissed by Shardul Thakur courtesy of a magnificent catch by India’s stand-in captain Jasprit Bumrah.

Pietersen, who was on-air doing commentary on Sky Sports, slammed the England captain for his reckless batting and not defending his wicket. He said that Stokes had had ‘three brain fades in 10 minutes’ and said that he is too good a player to play in this manner.

“I was watching Stokes run down the wicket and slog the ball straight into the air. It was reckless batting; it was not defending your wicket. Test match hundreds are valuable commodities, they mean a hell of a lot because of the stress, tension, patience and discipline. He had three brain fades in 10 minutes. That devaluing of his Test wicket may not be a good thing. He is too good a player to do this,” said Pietersen.

Pietersen, a former England captain himself, said that Stokes doesn’t need to prove anything to anyone, by being ultra-aggressive and asked him to learn from what Bairstow is doing in Test cricket at the moment.

“I would tell Ben that he doesn’t need to try and prove a point by being ultra-aggressive. The bowler needs to be bowling his best deliveries in order to get Stokes out. At the moment, I see Stokes trying to command authority by running at bowlers. He doesn’t need to do that when England are in strife. I would tell him to stand still and do what Bairstow is doing. He is too good a player to be doing what he is doing,” said Pietersen.

Bairstow made 106 runs, adding a further 95 runs with Sam Billings, before England folded for 284 runs, giving India a lead of 132 runs.