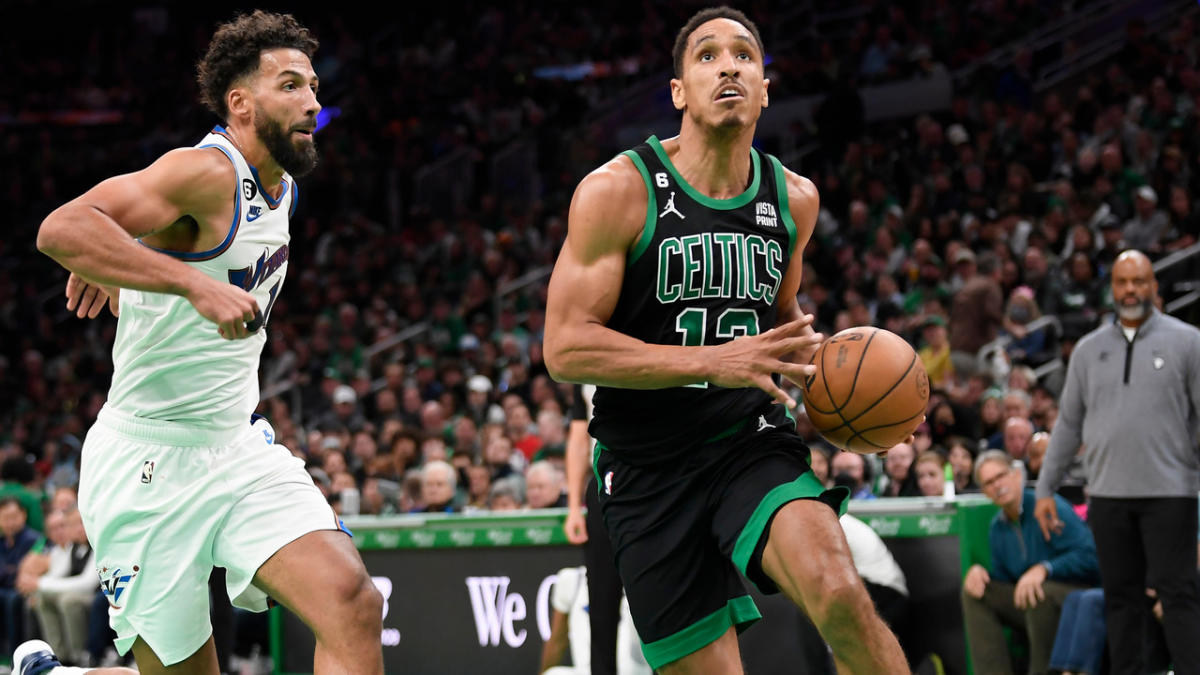 The Boston Celtics have fallen into some bad habits early in the 2022-23 season and their defense hasn’t played anywhere near its potential. But maybe the biggest sign of optimism through the first two weeks has been the production of a previously inconsistent bench.

The Celtics generated a season-high 48 bench points during Sunday’s palette-cleansing win over the Washington Wizards at TD Garden. Malcolm Brogdon, the team’s big-splash addition this summer, scored a season-high 23 points and steadied the team at a point when a big lead had starting eroding.

The Celtics rank in the middle of the pack in total bench scoring output at 23.2 points per game (17th in the NBA) but it’s the efficiency that matters with that group. Boston’s bench players are shooting 50.4 percent overall (second in the NBA) and 51.5 percent beyond the 3-point arc, tops in the league by nearly 9 percent. Boston’s bench is also shooting a league-best 84.2 percent at the free-throw line.

Boston’s defense? We feel pretty confident suggesting they’ll figure that out eventually. Winning clutch games? By the playoffs last season, the Celtics had learned how to grind.

But Boston’s bench was a full-time roller coaster last year and nosedived at a tough time in the NBA Finals. The team yearned for more consistency from that group, making it a top offseason priority, and it feels the Celtics might have a bench mob they can truly trust.

Remember, too, that the absence of Robert Williams III to start the season has forced the team to elevate Derrick White to the starting group. When healthy, the Celtics should confidently trot out a nine-man rotation with White, Brogdon, Grant Williams, and second-year sniper Sam Hauser headlining the second group.

Brogdon’s aggressiveness was a game-changer on Sunday. Particularly in instances when neither Jayson Tatum nor Jaylen Brown were on the court, Brogdon went into attack mode. His ability to consistently get to the rim created space on the perimeter where Williams and Hauser punished the Wizards.

Williams tops the NBA in 3-point percentage, having made 10 of his 15 attempts to start the year. Hauser is tied for eighth at 55.6 percent beyond the arc. It’s foolish to think the bench won’t hit some rough patches along the way but there’s more overall skill and depth to prevent the sort of dry spells that occurred in the Finals.

Celtics president of basketball operations Brad Stevens has made it a point to add high-level depth to this team over the past eight months. The team has moved out two first-round picks to acquire White and Brogdon.

Danilo Gallinari’s ACL tear this summer could have been a bench setback, but Hauser has made the most of his increased opportunity. He has shot the ball well and competes enough on the defensive end to mask his deficiencies there. That the Celtics were able to lock up a potential bench contributor on a 3-year, $5.7 million pact this summer could be an absolute steal — and a much-needed one for a team that’s splurging heavy on the top end of its roster.

Health could dictate just how consistent the bench remains. Brogdon, who was listed as questionable with back stiffness before playing in Sunday’s game, hasn’t logged more than 64 games in a season since his rookie year.

The Celtics have depth at the guard spot with Payton Pritchard playing only sparingly to start the year. One of the more intriguing subplots of the bench is whether Pritchard can avoid getting frustrated with a limited role. Even if he does, the Celtics are thin on trade assets and Pritchard could be one of their few movable pieces before the deadline if there are holes to patch elsewhere.

Boston’s bench squad repeatedly made note Sunday of how they were unable to take the baton from the starters in the Chicago game. Hauser said that game was an eye-opener and, with Brogdon leading the charge, pledged afterward to bring the necessary energy moving forward.

Sunday was a glimpse of how Boston’s bench can be a game-changer. If the Celtics’ second unit maintains this sort of efficiency, and the starting five eventually plays to the level its performed at the end of last season, then Boston might have shored up its biggest area of concern.