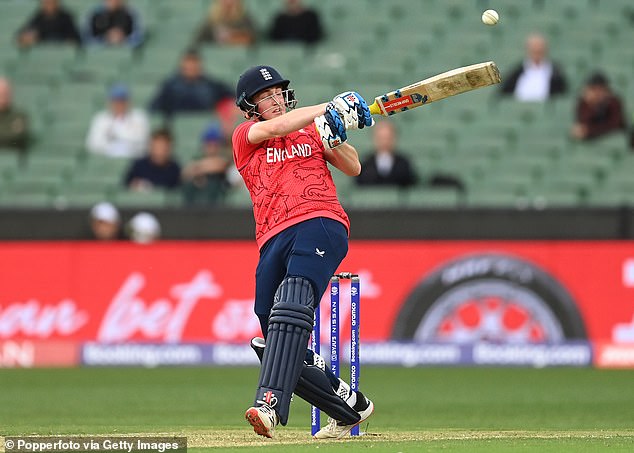 Harry Brook has insisted he will come out of his shell to play his part in England’s attempt to rescue their World Cup.

The new batting star of English cricket forced Jos Buttler to change his World Cup hand with his performances in the 4-3 series victory over Pakistan ahead of this tournament and seemed to have cemented his T20 place at five.

But he has got out twice cheaply against Afghanistan and Ireland in this tournament with shots that perhaps betrayed his inexperience at the highest level.

Now he will go into Monday’s make or break game against New Zealand at the Gabba, when England are likely to shake up their batting order, determined to make up for his mistakes whether he stays at five or goes lower down.

‘I wasn’t very good against Ireland,’ admitted Brook as England trained in Brisbane yesterday. ‘So I’ve got to take that on the chin.

‘It felt like we had already won the game before we got there so that’s definitely something we can learn from.

‘I was a little bit in my shell but I don’t think it was because it’s a World Cup. With a global tournament there is a bit more pressure but it’s still the same ball coming down at me and I want to still play the way I do, whether it’s for my club side or England. 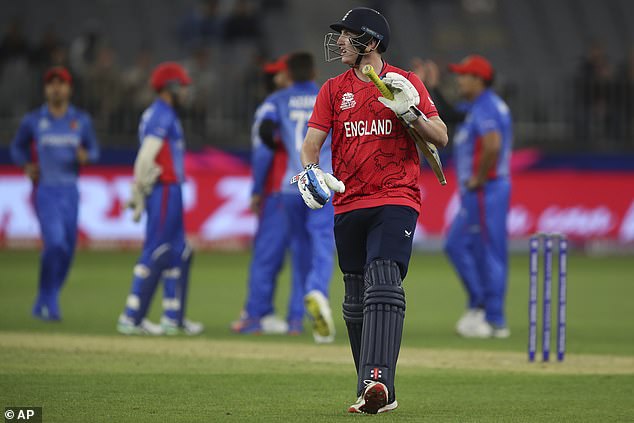 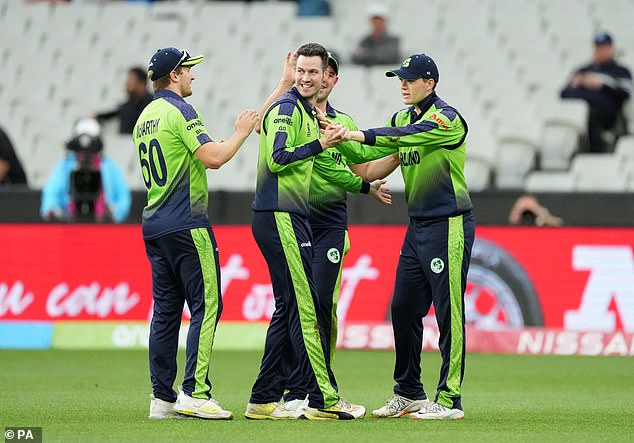 ‘Against Ireland I was just trying to take it deep but then the rain caught us.’

Brook has been working closely here with Australian Mike Hussey who has been impressed with the young Yorkshireman in his stint as England batting consultant.

‘He’s obviously one of the best players to have played the game and he’s a great man to have alongside you,’ added Brook.

‘He keeps on popping up on TV and my Instagram when they show old games. He’s been busy here with the lads and we’ve had good chats around the nets.’ 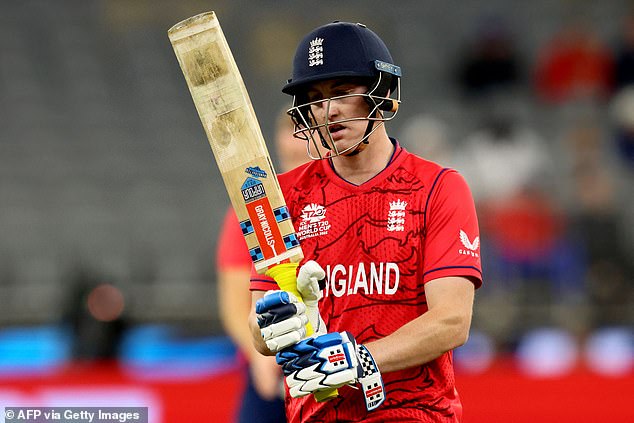