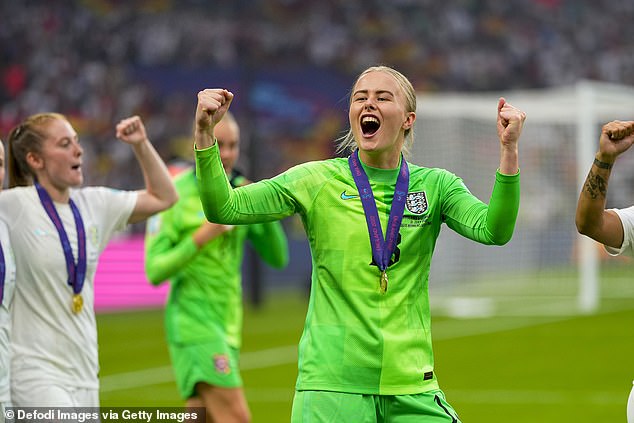 By Kathryn Batte For Mailonline

England and Aston Villa goalkeeper Hannah Hampton turned up unannounced at her side’s game with Chelsea after being left at home by manager Carla Ward following an undisclosed issue on Saturday.

Vila’s No 1 had missed the last four games through injury but was available for Sunday’s trip to Kingsmeadow.

Ward said she made the decision to leave the shot-stopper at home in the interests of the rest of the team, only for Hampton to turn up in the Chelsea stands. 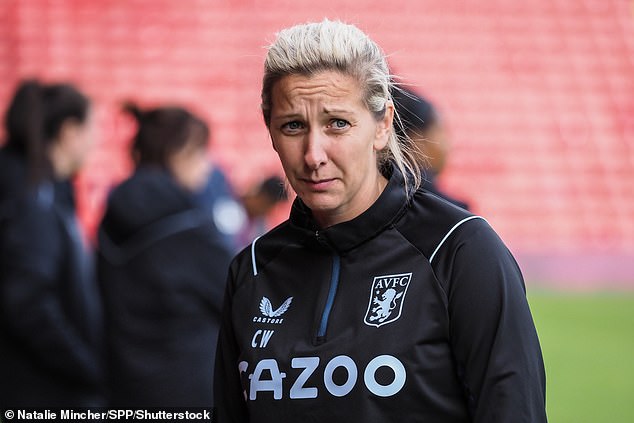 ‘Hannah was available,’ Ward said after the game. ‘Something happened yesterday and we decided it was in the best interests of the team and the squad for her to stay at home so I did exactly that.

‘That’s all I really want to say on the matter. I made the decision in the best interests of the team to leave at her home and I’ve left her at home. I would probably prefer to talk about the 11 players that were here.’

Hampton, however, was seen watching the game from the Chelsea home end and posted a picture of the match on her Instagram story with the caption ‘let’s go team #utv’.

The 21-year-old did not travel with the team and made her own way to London. 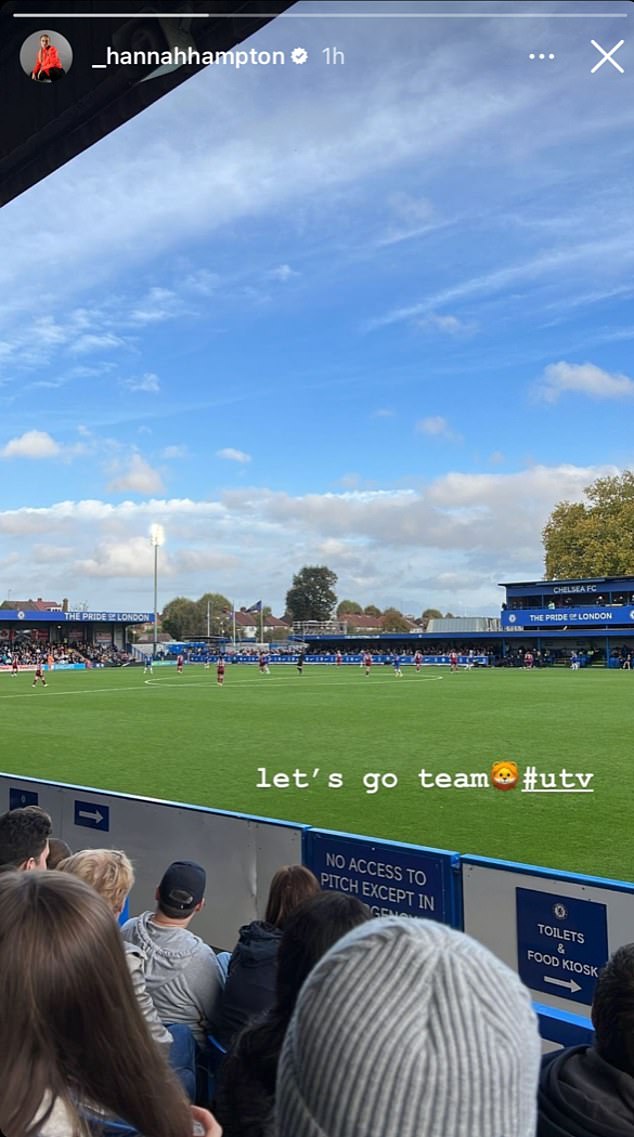 Hampton was part of the England squad that won Euro 2022 but was second choice to No 1 Mary Earps. But the goalkeeper has been left out of the last two Lionesses squads, with manager Sarina Wiegman saying she had ‘personal issues’ she had to work through.

Ward had said in the build up to the game that there was no guarantee Hampton would come back into the team due to the performances of reserve goalkeeper Anna Leat.

‘Anna Leat has done exceptionally well. There’s been a lot of talk about “Is Hannah back? Is Hannah back?” and I think it’s highly disrespectful to the quality of Anna Leat and how well she’s played,’ Ward said on Friday.

‘Now what we have is two exceptional keepers, two keepers who are pushing each other every day and two keepers we can rely on. It’s a good position to be in. They’ll have to fight it out.’

Villa were beaten 3-1 by Chelsea, leaving them eighth in the table.