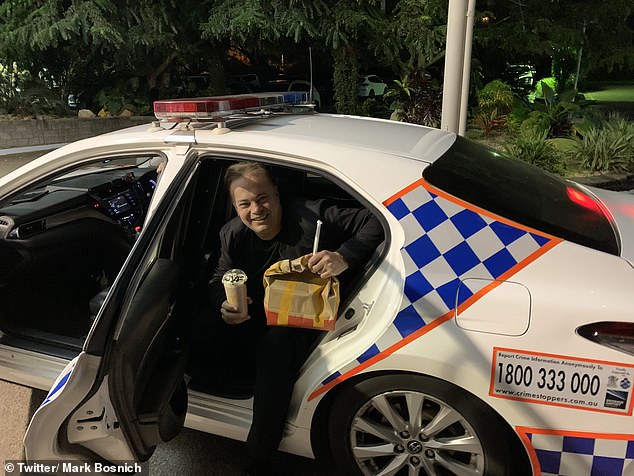 Had a big night, mate? Aussie soccer legend Mark Bosnich thanks cops for helping him find a McDonald’s and taking him to his hotel in hilarious Twitter post

Former Premier League goalkeeper Mark Bosnich has sent his Twitter into hysterics by posting pictures of him being helped out by some friendly police officers on what appears to be a very big night out in Queensland.

The 50-year-old thanked two Queensland cops in a post on Saturday morning after they were kind enough to look after him recently.

Former Socceroos and Premier League great Mark Bosnich got a ride to his hotel with the Queensland Police, who also helped him find a McDonald’s 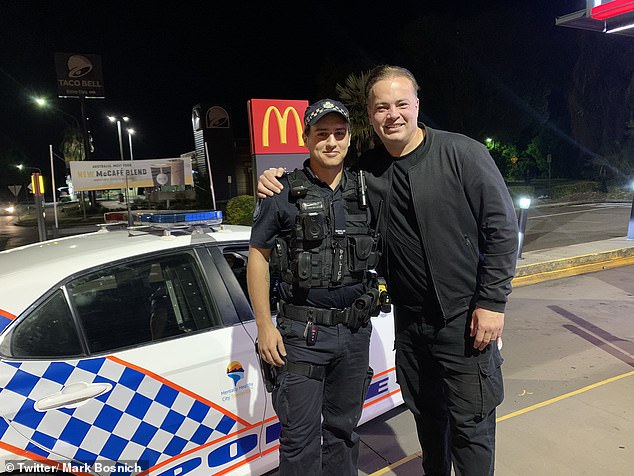 The ex-Manchester United keeper captioned the tweet: ‘Big thank you to Tracey & Darko from @QldPolicefor helping me find @McDonalds and taking me to my hotel…xmb’.

‘Haha I reckon 20 years ago u might have been jumping in the back in different circumstances,’ a fan commented.

‘This is possibly the greatest tweet of all time,’ said David Manuca.

After playing 206 Premier League games for Aston Villa, Man United and Chelsea from 1992-2003, Bosnich now works as a football pundit on Stan Sport’s coverage of the Champions League. 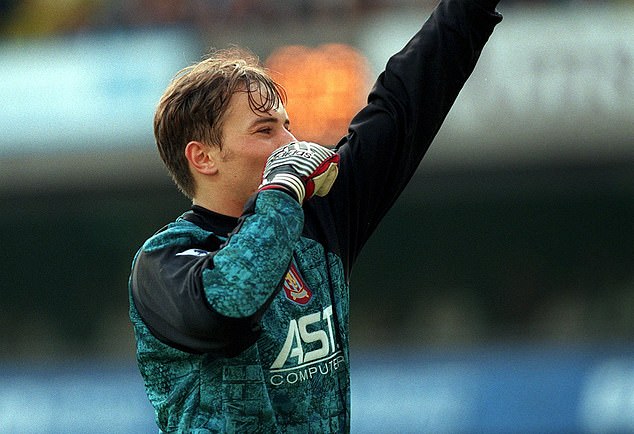 He was in Queensland for a cameo training session with the North Queensland Football of Excellence program, chatting to young players and running skill drills.

The cheeky Twitter post reminded fans of Bosnich’s playing days, when he was caught in a series of scandals that shed light his wild side.

He was questioned by police and fined $2800 for impersonating Hitler and giving a Nazi salute during a 1996 game against Tottenham, which has a large Jewish following. 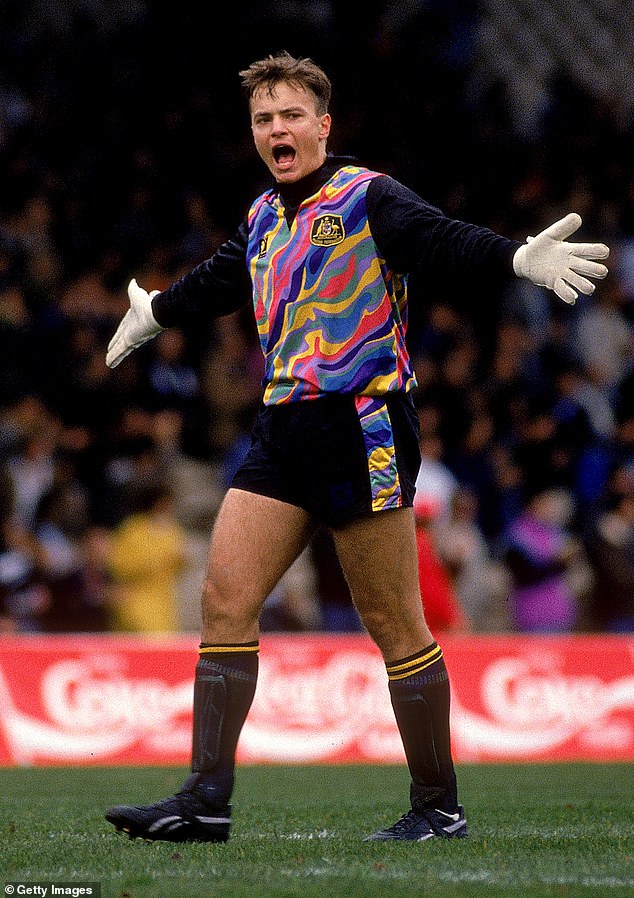 Bosnich is seen in action for the Socceroos in a 1993 match against New Zealand. He’s regarded by many as the greatest keeper Australia has ever produced

The following year, ‘Boz’ was arrested after allegedly clashing with photographers who were taking pictures of him outside a strip club five hours before his wedding to former wife Sarah Jarret.

Manchester United manager Alex Ferguson reportedly had to bail him out so he could attend the ceremony.

In 2002 Bosnich was sacked by Chelsea and given a long ban from football after testing positive for cocaine after playing only five games for the club, which ended his English career.

He later admitted to having a $5,000-a-week cocaine habit.

Bosnich is regarded by many as Australia’s greatest ever goalkeeper, having represented the Socceroos at the 1992 Barcelona Olympics and 1997 FIFA Confederations Cup, where Australia finished runners-up to Brazil.