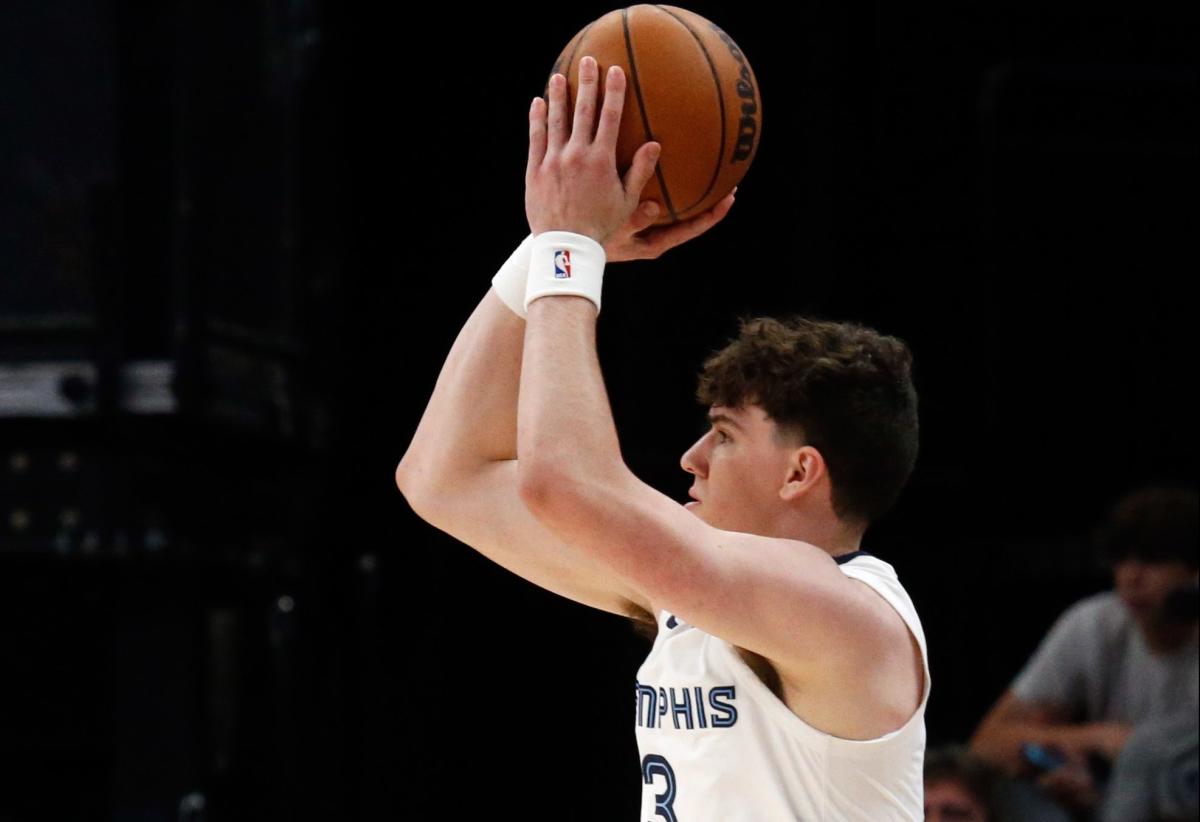 Memphis Grizzlies rookie Jake LaRavia produced his best game of the season on Thursday, and was immediately celebrated by his teammates after defeating the Sacramento Kings.

LaRavia recorded a season-high 13 points, nine rebounds, one assist and one steal in the 125-110 victory on the road. He went 5-of-6 from the field, including 3-of-4 from 3-point range, in nearly 30 minutes of work off of the bench.

The 19th pick scored 10 points alone in the fourth quarter as the Grizzlies held off the Kings to begin a four-game road trip. He also stepped up to make several plays on defense and finished by posting a team-high plus-24 on the court.

Following the performance, LaRavia was interviewed by Rob Fischer of Bally Sports Southeast and was hilariously joined by some of his teammates.

Grizzlies head coach Taylor Jenkins previously said their rookies would have the opportunity to earn playing time. He thought the group — including David Roddy, Kennedy Chandler and Kenneth Lofton Jr. — showed glimpses in training camp and believed they could play.

LaRavia has appeared in each game this season and has made strong contributions off of the bench. He once again did that on Thursday to help the Grizzlies continue their strong start and likely helped himself to continue to earn playing time.

See also  Chris Paul's edge has Suns out for 'revenge'

His teammates were certainly happy to see him perform well.

Taylor Jenkins: Grizzlies’ rookies have pathway to play this season