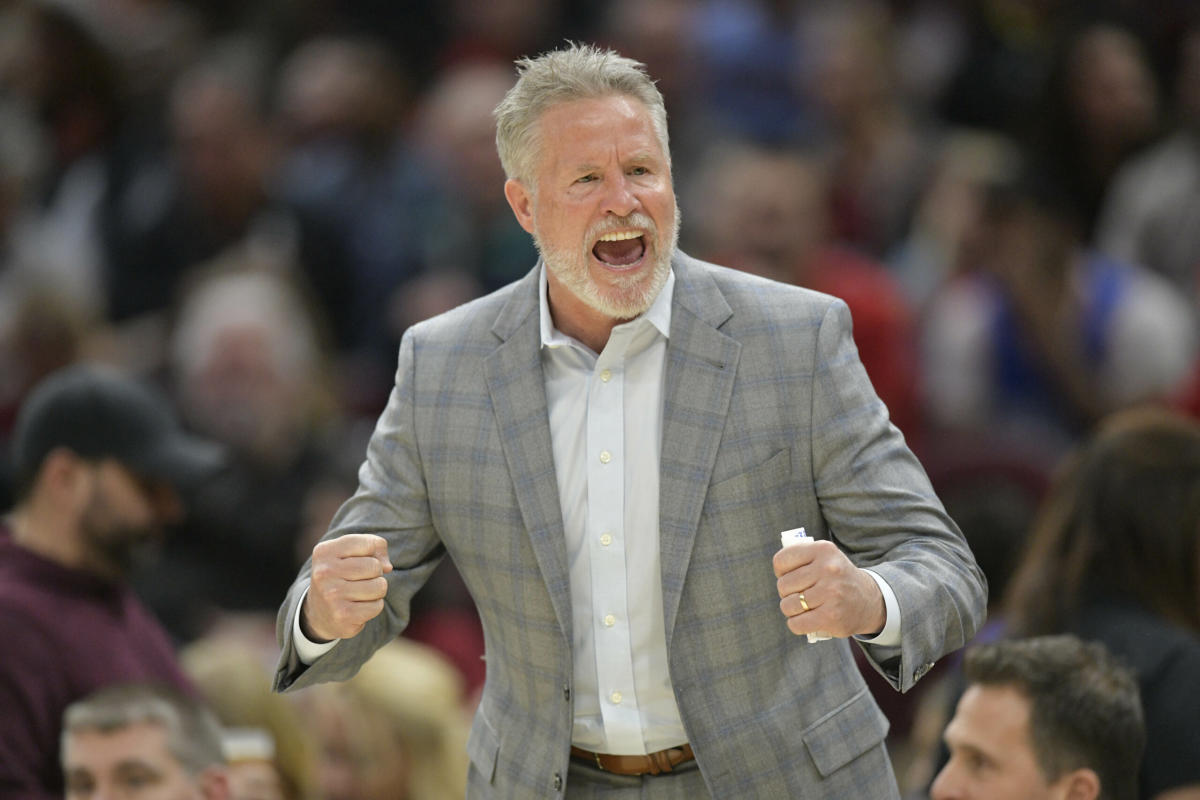 PHILADELPHIA–Brett Brown was coach of the Philadelphia 76ers for seven seasons from 2013-2020. He guided the team through The Process era, he helped the team make the playoffs in 2018, 2019, and 2020 and they were one win away from the Conference finals in 2019 before the Kawhi Leonard shot.

Brown compiled a 221-344 record during his time in Philadelphia, but he went through a lot in order to guide the team back to success. He was always an optimist and he was beloved by his players.

After taking two years off, Brown is back with the San Antonio Spurs as an assistant coach under Gregg Popovich and, on Saturday, made his return to Philadelphia for the first time since being let go after the 2019-20 season.

See also  For McCaw, Cole, AmeriCup may provide a road back to NBA

Popovich gave a lot of love to Brown before the game started.

“At this stage of my career, he’s saving my life,” he said of Brown. “He’s got a great sense of humor, he’s a great basketball guy so it’s fun to bounce things off of him. Ultimate competitor. What he put up with for those years is beyond my comprehension because he did it with class, with discipline, he went to work every day, he loved those kids even though nothing special was gonna happen. There aren’t too many people like that so to have him back with us and with this young group is very special and very important to me personally.”

The Sixers also gave a tribute video to Brown in his return back to the Wells Fargo Center.

Spurs guard Josh Richardson, who played for Brown in the 2019-20 season, discussed what it’s like to play for him again as an assistant.

“Brett’s kind of always the same, you know what I’m saying?” said Richardson. “Real upbeat, real joyful, real invested, so it’s been a joy to kind of work with him again and him being in a different role has been interesting to see, but I’ve enjoyed it.”

Giannis Antetokounmpo, Bucks give respect to James Harden after win