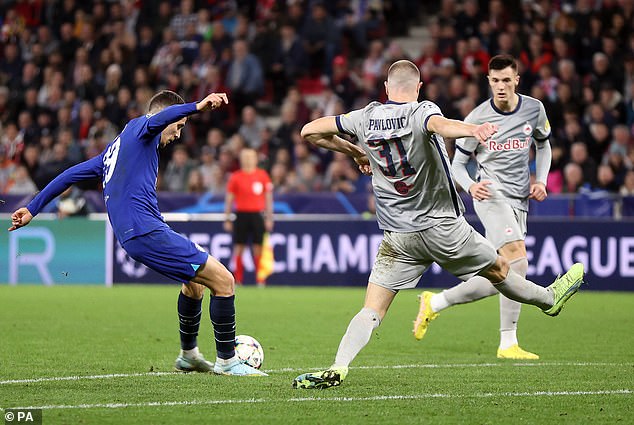 Graham Potter was full of praise for Kai Havertz after he scored a stunning goal to help Chelsea beat RB Salzburg 2-1.

Havertz secured all three points with a sublime curling effort into the top left hand corner after he received the ball from Christian Pulisic at the edge of the box.

The winner also secured qualification to the last 16 of the Champions League for Chelsea from Group E. 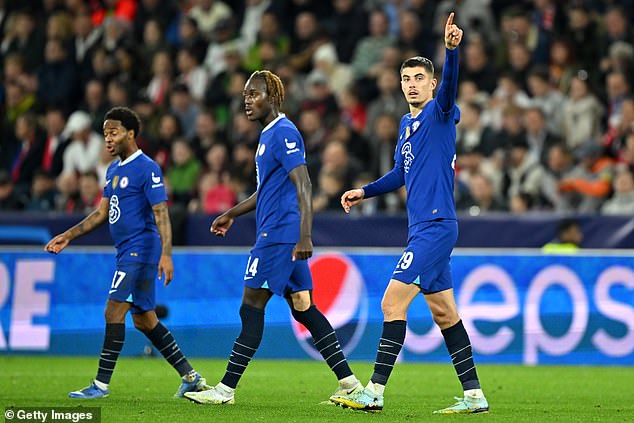 The German has now netted 26 times in 106 appearances since his £89m move from Bayer Leverkusen in 2020.

Having lost their Champions League opener to Dinamo Zagreb and drawn Graham Potter’s first game in charge against RB Salzburg, the Blues have beaten AC Milan twice and now Salzburg to ease through qualification.

Potter is also unbeaten in nine matches since moving to the club from Brighton last month.

Following the game the Blues boss was full of praise for Havertz and was delighted to have guided his side through the group with a game to spare.

‘It was an amazing finish, right in the top corner and it makes my job a lot easier when they can do that,’ Potter told BT Sport post-match.

‘It’s great for him and I’m really pleased because he has been fighting and trying his best and is nearly there to scoring more. Today he needed to score that to help us through. It’s fantastic. 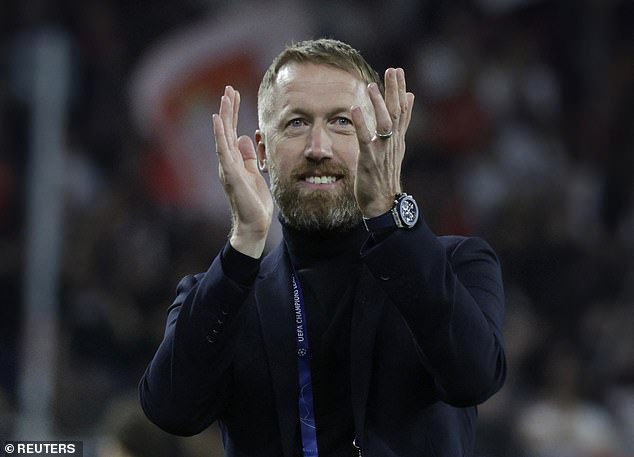 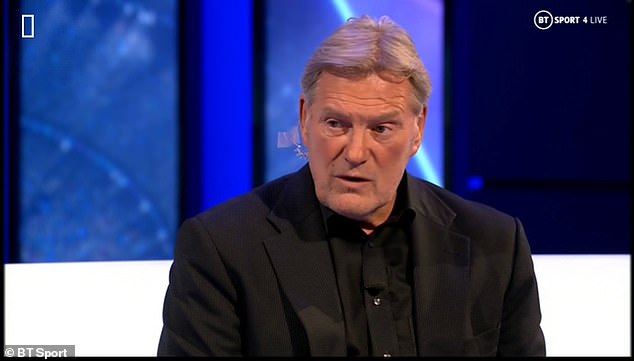 ‘I’m delighted (with the win). It was a fantastic performance from the players. They showed real courage here in an intense atmosphere with the way they put you under pressure and I thought we controlled it well and created some chances.

‘I was disappointed to only be one-nil up at half-time. There was one mistake and one action from them which can happen but we responded really well.

‘It was a great goal from Kai and overall we deserved to go through.’

Former Chelsea boss Glen Hoddle was also impressed with Havertz’s goal and hailed the impact of Potter since arriving at the club.

Hoddle said: ‘With his first touch he drags it round and sets it outside of his body. It’s a beautiful finish. 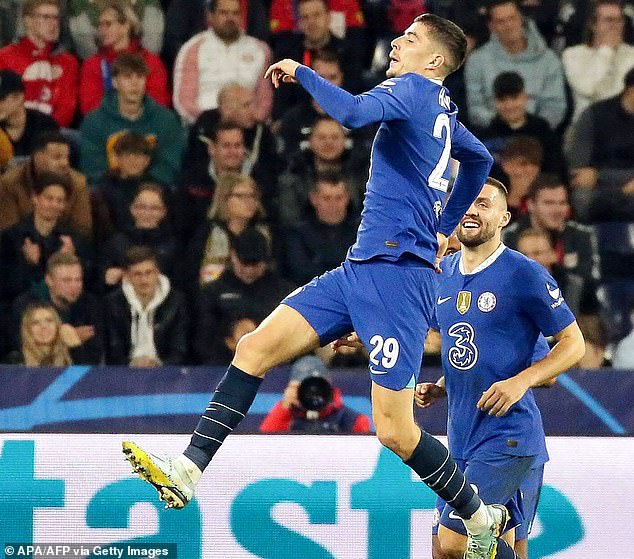 ‘It’s a happy camp and it’s easy when you’re winning. It should be as well becasue they are playing good football and looking solid as well at the same time.

‘I think he (Potter) looks at the person more than the player. This team will build a better relationship with him as time goes by.

‘He coaches the player more than the person, I heard that from a Brighton player and Chelsea will get better and better.’

Fans were also full of praise for Havertz’s goal after the game, hailing the German forward’s ability.

A further fan quipped: ‘If Kai Havertz didn’t score that wonder goal, we wouldn’t have qualified for the RO16. Learn to appreciate greatness.’

A fourth supporter hailed Havertz’s ability to turn up when his side needs him.

They said: ‘Kai Havertz sends us through to the knockout stages with a subliminal finish. He was made for big nights.’