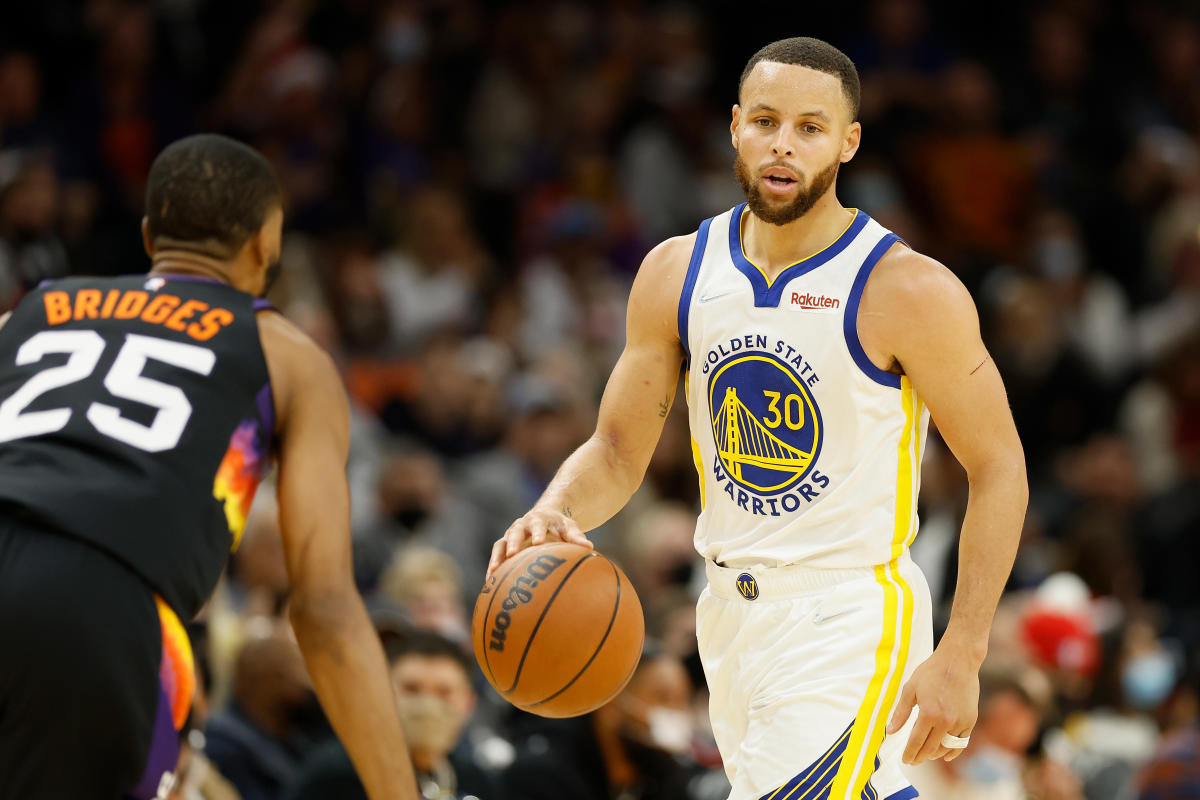 The best part about the fall is that no matter what day of the week it is, there’s something intriguing to watch. Despite there being no football on Tuesday and the World Series not starting until Friday, there’s still some good matchups across the sports world to get you through the mid-week drag. One of those games comes late on Tuesday night in Arizona, where the Golden State Warriors are a 1.5-point underdog against the Phoenix Suns.

Golden State is obviously the reigning NBA champions, while the Phoenix Suns were far and away the best team in the regular season last season before fizzling out in the playoffs. Both teams are 2-1 in the first week of the new season, and they offer a compelling clash of styles.

The Warriors are getting up and down the court at a wild rate to open the season, averaging over 110 possessions per game. They lead the NBA in scoring, averaging 125.3 points per game. However, their defensive brilliance from last season hasn’t carried over just yet. They ranked second in Defensive Rating last season, but are giving up over 120 points per game to begin this season. As a result, all three Warriors games have gone over the total this season. The total for Tuesday’s matchup is set at 225.5 points.

On the other side, the Suns are playing an entirely different brand of basketball. They rank 27th in the NBA in pace and have improved on their defensive rating from last season, which already was third best in the league. As a result, the Suns are one of just two teams in the NBA to not have a game go over the total just yet.

Is it possible to slow down Golden State? Probably not entirely. However, if there’s one team that has the best chance of doing it here in the early going, it might be the Phoenix Suns. They can slow this game down and make the Warriors play at a pace they aren’t accustomed to in the early going. Of course, if Golden State can speed the game up, that would take Phoenix out of their comfort zone.

It should be a good early season NBA game between two very good teams that provides a litmus test of sorts. Oddsmakers view it as basically a toss-up, with the Suns a very small favorite on their home court.

What else is on the NBA schedule?

It’s a pretty small NBA slate, with just three other games on the schedule on Tuesday.

The second best game on paper is between the Dallas Mavericks and New Orleans Pelicans. The Pelicans are a 4.5-point home underdog against Dallas. New Orleans is a popular pick to surprise this season, but they’ll be shorthanded on Tuesday. Brandon Ingram is out with a concussion, while Zion Williamson and Herb Jones are both questionable to play with injuries.

Active day in the NHL

While the NBA slate is a bit light, it’s an active day in the NHL where there’s 10 games on the schedule.

The most intriguing game of the night is between the Colorado Avalanche and New York Rangers. The Avalanche are the reigning Stanley Cup Champions, while the Rangers made it to the conference finals last season and are a popular pick to compete this season. The game is at Madison Square Garden and oddsmakers view it as a tossup, as both teams are -110 on the moneyline. Make sure to monitor who starts in net for the Rangers, as they play a back-to-back beginning on Tuesday. If the Rangers decide to start Jaroslav Halak and save Igor Shesterkin for the New York Islanders tomorrow, this line will race in favor of Colorado.

Week 7 of the NFL season wrapped up on Monday night, with the Chicago Bears cashing as a +300 moneyline underdog in Foxboro against the New England Patriots.

Just two teams are on a bye in Week 8, which means we have a 15-game slate lined up for this weekend. Here are the early lines at BetMGM: