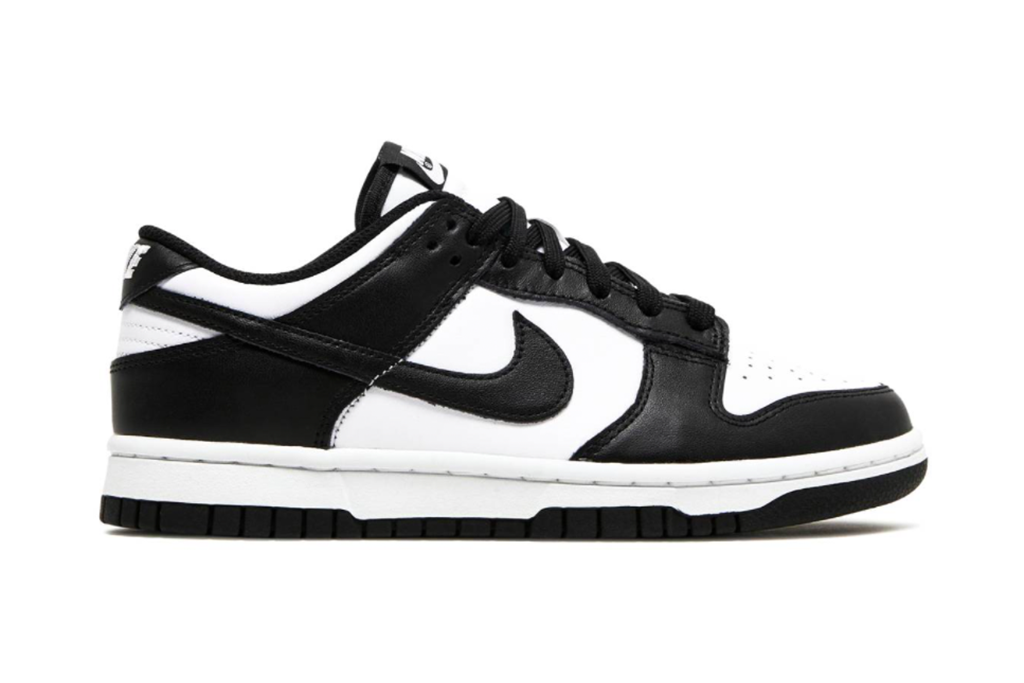 Nike Dunks outsold Air Jordan 1s on GOAT Group’s platforms in 2022 for the first time ever, the company revealed today.

As for what’s hot in from Nike, the “Panda” Dunk led the pack, which resold on average for 144% more than retail price. GOAT said in the report that Nike restocked the “Panda” five times this year to meet the demand.

In the same report, GOAT also found that New Balance has seen strong growth this year, while foam is the must-have material of the year.

New Balance sales grew 92.2% year-over-year on the platforms. The company said that the footwear label was “taking the industry by storm” and is knocking on the door of the “Big Four” — Nike, Jordan, Adidas and Yeezy — for the first time.

Turning to foam, GOAT said that three of the six top selling SKUs on the platform this summer were made of the lightweight material. This could most notably be seen with Crocs, which saw “massive growth” with the retailer, increasing 112% in “wants” and rising 202% in sales this year over 2021.

“Everyone is always looking at what comes next in sneakers and fashion,” Eddy Lu, co-founder and CEO of GOAT Group, said in a statement. “This report highlights some of the most notable trends in 2022 that shifted culture and the entire fashion industry, while also giving insight into what we might see in 2023.”

According to GOAT, the report leverages proprietary in-house data collected from more than 40 million members in 170 countries across three platforms — GOAT, Flight Club and resale app Alias. The report does not include data from the newly acquired Grailed business. The data was tracked between Jan. 1 and Oct. 31.

GOAT announced last month that it would buy men’s luxury, streetwear and vintage fashion platform Grailed in a cash and stock deal. Specific terms were not released, but the company said it expected to close the deal within approximately 45 days.