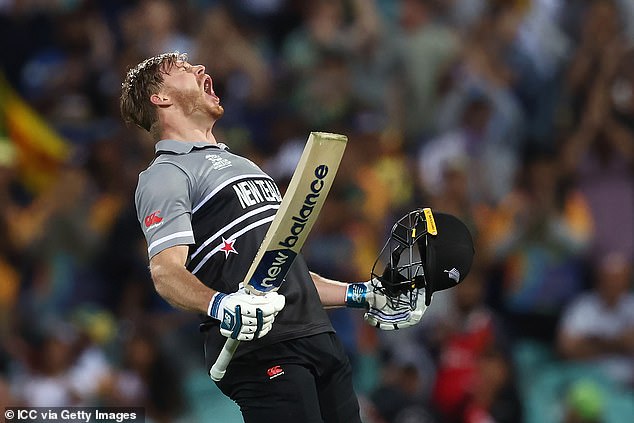 A brilliant Glenn Phillips century has helped New Zealand put one foot in the Twenty20 World Cup semi-finals with a 65-run win over Sri Lanka at the SCG.

After being dropped on 12 with New Zealand struggling at 3-28, Phillips made Sri Lanka pay as his 104 from 64 balls resurrected the Black Caps’ innings to 7-167.

Paceman Trent Boult (4-13) struck three times early as Sri Lanka slumped to 4-8 early in reply, before they were eventually all out for 102 in the 20th over.

The result means New Zealand can almost certainly qualify for the finals with a win over England or Ireland in their last two games, with net run-rate firmly in their favour.

Australia, England, Ireland and Sri Lanka and Afghanistan will then fight over the last qualifying spot out of the group, needing to win their last two games to have any chance.

England remain the best placed with a superior net run-rate out of those five teams, but their clash with New Zealand in Brisbane on Tuesday night is looking tougher by the day. 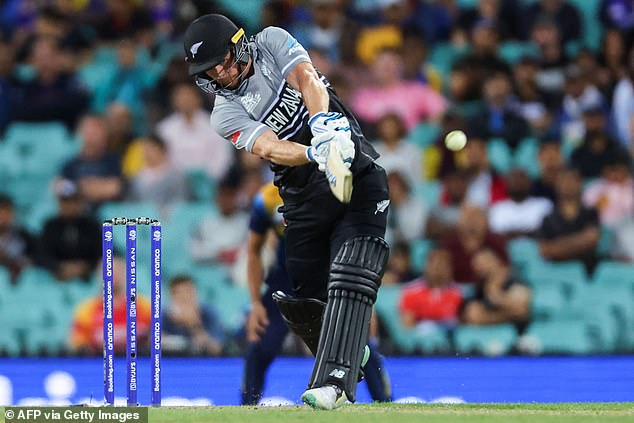 The Black Caps’ pace attack is shaping as among the best in the competition, with Boult and Tim Southee (1-12) regularly troubling rivals up top.

And while their top order fell apart early on Saturday night, Phillips’ knock showed the New Zealanders also have plenty of depth with the bat.

After the SCG had looked like a batters’ paradise in its opening three games, he was the only man who really looked in on the newly-prepared wicket.

The right-hander initially helped steady the ship in an 84-run fourth-wicket stand with Daryl Mitchell (22), before powering home late with four sixes and his final 63 runs coming from 28 balls.

‘It’s probably at the top (of my best international innings),’ Phillips said. 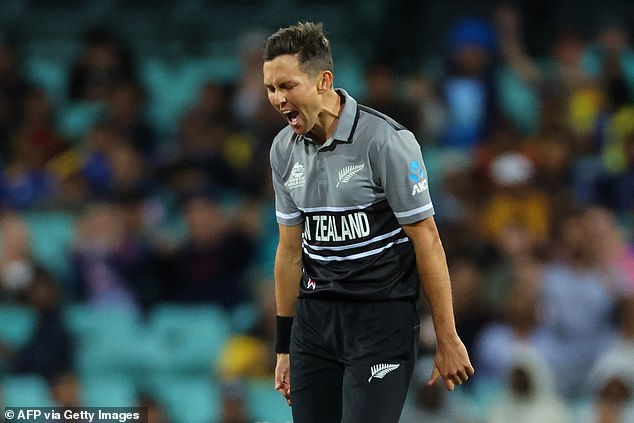 ‘It was very much about intent or being positive.

‘It wasn’t about hitting boundaries, but running between the wickets and show we had a bit of presence with Sri Lanka on top at that moment.’

Sri Lanka only had themselves to blame for the result.

Pathum Nissanka’s chance to remove Phillips at long off on 12 was a sitter, while Dasun Shanaka also put down a tough chance in the same position with Phillips on 45.

‘The dropped catches, I think that was the game,’ Shanaka said.

Should England lose to New Zealand on Tuesday night, Australia have winnable games against Ireland and Afghanistan and would be the next favourites to progress.