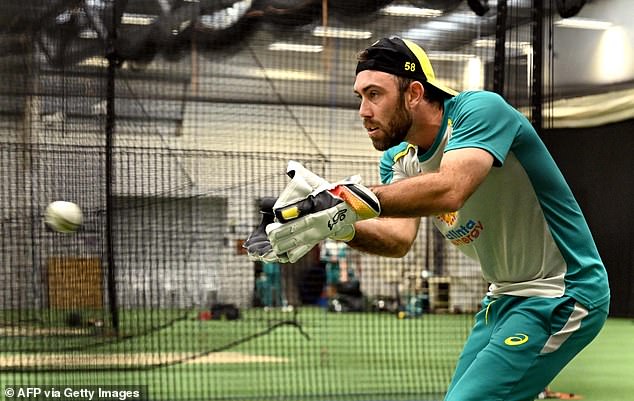 The last time big-hitting Aussie all-rounder Glenn Maxwell kept wicket for Australia was eight years ago, but he stands ready to take the gloves against England tonight.

The Australian T20 Cricket World Cup squad has been rocked by a Covid diagnosis to regular wicketkeeper Matthew Wade who tested positive on Wednesday night.

He only has minor symptoms and it is hoped he will still be able to play in the crucial World Cup Group 1 clash against England.

But with no back-up wicketkeeper in the squad and ICC rules preventing them from drafting in another player, a replacement might need to be found from within.

Captain Aaron Finch has indicated that David Warner might be that man, but Maxwell has gone to sponsor Kookaburra to get a fresh set of ‘keeping gloves to train for the role.

‘This is the most excited I have ever been. These [wicketkeeping gloves] are mine, these are brand new,’ he said.

‘I went and saw Kookaburra this morning and said ‘just give us a set of gloves’, see what happens.

‘Look, just trying to be ready. Just stay ready, so you don’t have to get ready.

‘The problem is brand new gloves are really hard to get on, you’ve got to break them in.’ 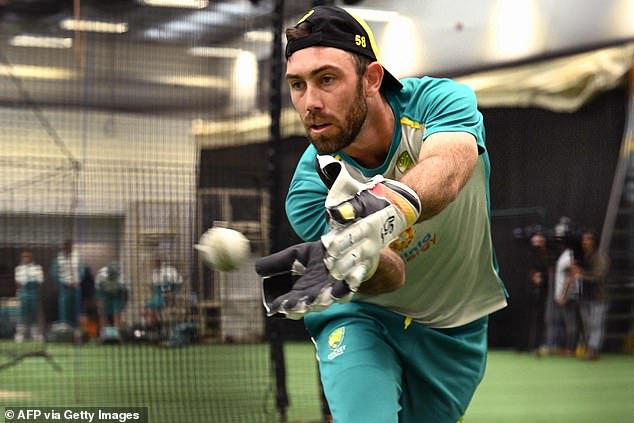 Maxwell behind the stumps would not be a first for the Australian side, after he stood in at wicketkeeper in a heavy Test loss to Pakistan in 2014.

‘I’m the last person in this team to keep in a Test match, or keep for Australia, apart from the actual keepers.

‘I kept in Premier Cricket, I’ve kept in a lot of charity games – because I just don’t want to field so I just take the gloves.

‘I’ve kept pretty much most of the way through juniors.

‘I think I’m number one [candidate].

‘Bull [David Warner] wants to do it because he doesn’t want to field.’

While Maxwell is keen, Wade is likely to take his place and would not be the first Aussie player to line up despite contracting Covid.

Despite being Covid positive, Tahlia McGrath represented Australia at the Commonwealth Games earlier this year. 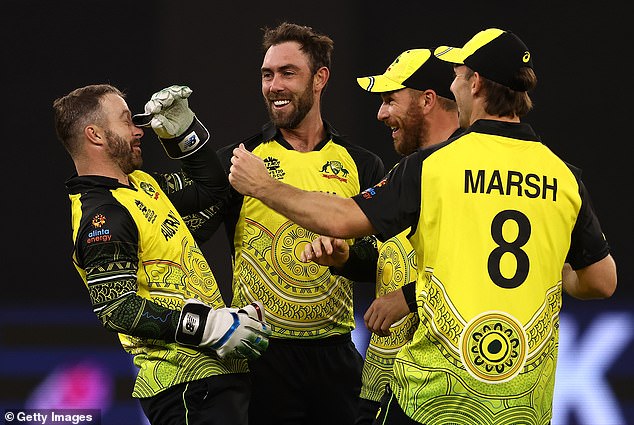 The same as McGrath, Wade would have to follow Covid isolation protocols while waiting to bat and when on the field.

Marcus Stoinis, who scored the fastest T20 half century in Australia’s history in 17 balls against Sri Lanka, said Covid precautions were being taken among the players to prevent any more casualties, after spinner Adam Zampa earlier contracted the virus.

‘Everyone around the world is going through that, and every team is gong to have their processes in place to try to keep it as safe as possible,’ Stoinis said.

‘We first got Covid back in the Big Bash (last summer), and a few of us had it at the same time.