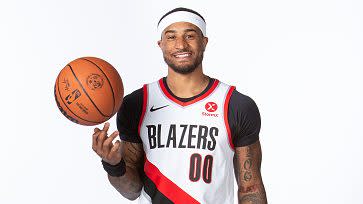 The Portland Trail Blazers should ask for a volume discount on core muscle surgeries.

Damian Lillard got one last season and now says he is pain-free for the first time in years and expects a return to his MVP-ballot self. Nassir Little followed suit and had core muscle surgery in May. Now it is just-signed Gary Payton II who just had the same surgery, the Trail Blazers announced on Friday.

The good news for Payton and the Trail Blazers is this is an injury expected to heal fairly quickly and Payton should not miss much, if any, of the season.

Payton came to Portland on a three-year, $26.1 million contract after playing a key role in the Warriors’ run to a title. He’s part of a revamped Trail Blazers roster around Lillard, with Jerami Grant and Payton being the two key additions. They are next to a re-signed Anfernee Simon and Jusuf Nurkic. Portland has a solid roster, maybe a playoff team if things go right, but in a very deep West it is one without much margin for error. They need everyone healthy and playing near their peak.

That includes Payton, who is now on the road to recovery from core muscle surgery.

Check out more on the Trail Blazers

Gary Payton II has abdominal surgery, expected to be ready for season originally appeared on NBCSports.com