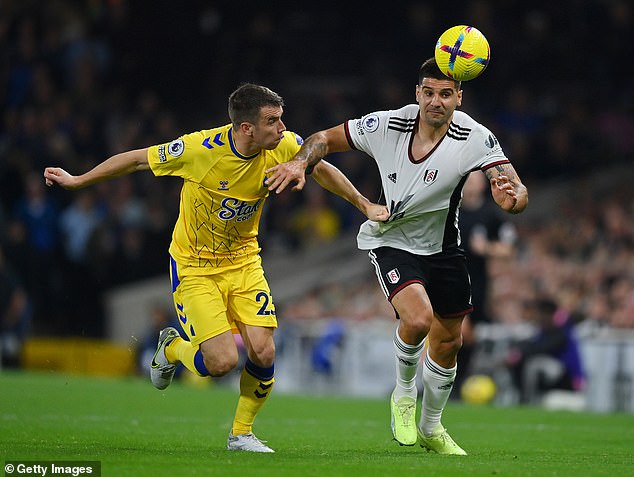 Here was a game that Frank Lampard the player would have absolutely loved. High energy, plenty of pockets of space across midfield and an avalanche of opportunities to shoot, as he so often did with great success, from the edge of the box.

For Frank Lampard the manager, though, this was agonising. He paced back and forth, arms crossed, a worrisome look etched on his face.

But while he will have gripes – none less significant than a dangerous challenge on the ankle of Idrissa Gueye in the first half that only got Aleksandar Mitrovic a yellow card – this can be chalked up as a success. 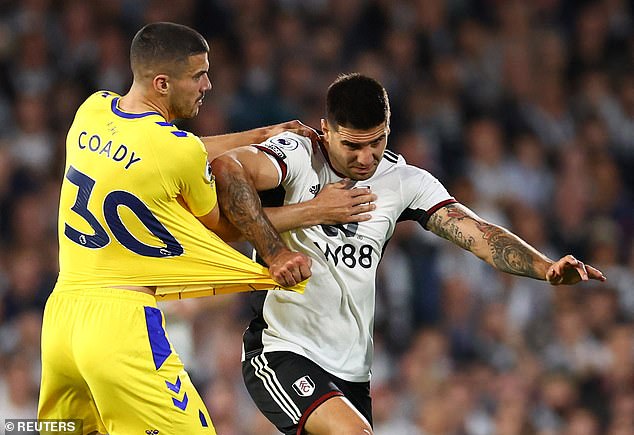 Jordan Pickford in goal was magnificent, as were Conor Coady and James Tarkowski in front of him.

All three, particularly Tarkowski and Coady, who find themselves with outside chances of gatecrashing England’s squad for Qatar, will have given Steve Holland, Gareth Southgate’s assistant who was here to watch, plenty to mull over.

Liverpool, Brentford, Brighton, Newcastle, Bournemouth and Aston Villa all failed to shut Fulham out in their opening six games at Craven Cottage.

How Everton did, with Fulham mustering up 23 shots on goal, is credit to the resoluteness that Lampard has instilled into this group. 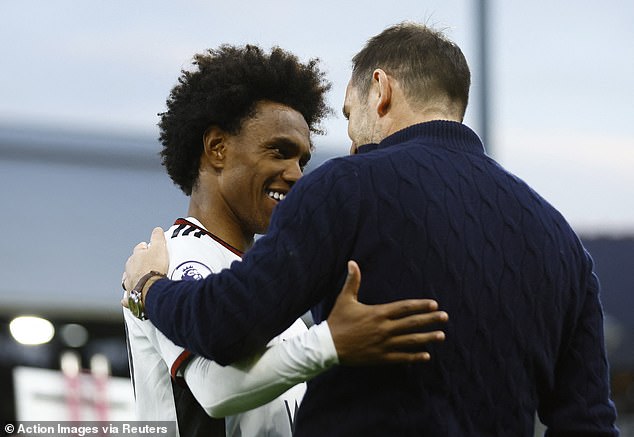 No side in the league has faced more shots than Everton this season. They’ve had the practice, and rode their luck at times too.

Having lost 16 of their past 23 Premier League away games, this is a building block for this defence for as good as they were, the attack didn’t hold up their end of the bargain.

Dominic Calvert-Lewin thought he had scored the winner midway through the second half when he raced through one-on-one to meet Alex Iwobi’s ball down the left. He poked through Bernd Leno’s legs, then raced round to tap it in. 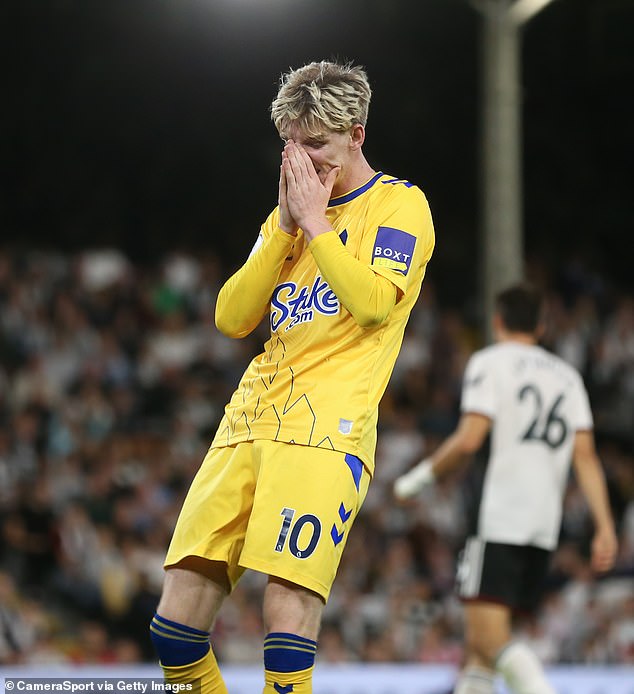 Up went the offside flag. Correct call. Calvert-Lewin just looked to the sky and trudged his way back up the pitch.

And much of the night went like that for Everton, few chances but the ones they had were good enough to score. They simply have to take one of them if they are to come to places like Fulham and leave with a win.

Fulham boss Marco Silva, facing Everton for the first time since they sacked him in 2019, made two changes from the win up at Leeds with Neeskens Kebano and Issa Diop returning to the line-up. Harry Wilson and Tosin Adarabioyo dropped to the bench. 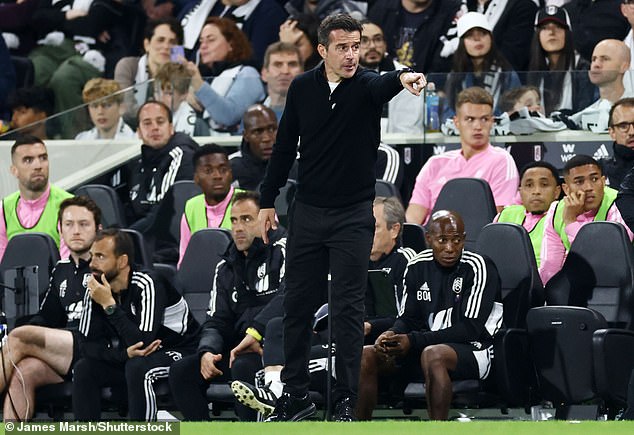 For Lampard he stuck pat, naming an unchanged side from the one that dispatched Crystal Palace.

Three minutes in Calvert-Lewin, who scored his first goal since May last week, was away, bursting past Tim Ream to reach Iwobi’s through ball. He twisted Ream inside out, sat him down inside the area, only for his cutback to eventually be poked away from danger.

From there Fulham came alive – and showed exactly why they have scored in all six of their home games so far.

First Willian was the guilty party, sending a free header six yards out wide of Jordan Pickford’s goal. Silva couldn’t believe it on the touchline. Neither could Willian, who wore a look of total disbelief.

It was only the start of an onslaught on Pickford’s goal. Holland was going to have plenty to feed back to Gareth Southgate.

In the space of three minutes Pickford pulled off three out-of-this-world fingertip saves to deny Willian, Mitrovic and Harrison Reed. A nod of approval came from Holland, sat behind Everton’s directors.

Lampard rarely looked like cracking a smile as he stood, arms crossed, in his technical area.

But Everton improved from Pickford’s three-minute masterclass and should have gone ahead when Demarai Gray broke away down the left before flashing a cross across the six-yard box.

Calvert-Lewin was there and failing that Gordon was at the back post. Calvert-Lewin got an insignificant touch and the chance was spurned. Lampard looked exasperated. Silva scrambled under his seat for his notepad. More scribbles for the half-time chat.

Midway through the half came the major talking point as Mitrovic crunched the ankle of Idrissa Gueye.

The Everton midfielder had cleverly spun the forward and a lunging Mitrovic missed ball but got plenty of man. It was right in front of referee John Brookes and the yellow card was almost immediate. Lampard was absolutely furious – and with good reason.

Trust Mitrovic, then, 11 minutes later to go down claiming a penalty after a shove from Amadou Onana. Brookes wasn’t interested and neither was VAR.

A frantic first half brought chance after chance as fans tried their best not to deviate their eyes for a second for fear of missing out.

James Tarkowski should have scored with a free header seven yards out, only to aim straight for Bernd Leno. Gray and Gordon were both also guilty of lacking composure when they danced their way into the area before the half-time whistle went.

More chances would follow in part two of this epic show, with Willian among the leading actors. Thirty-three shots was the final tally between the two sides. How it finished 0-0 is anyone’s guess.

Follow Sportsmail’s live blog for the Premier League clash between Fulham and Everton.