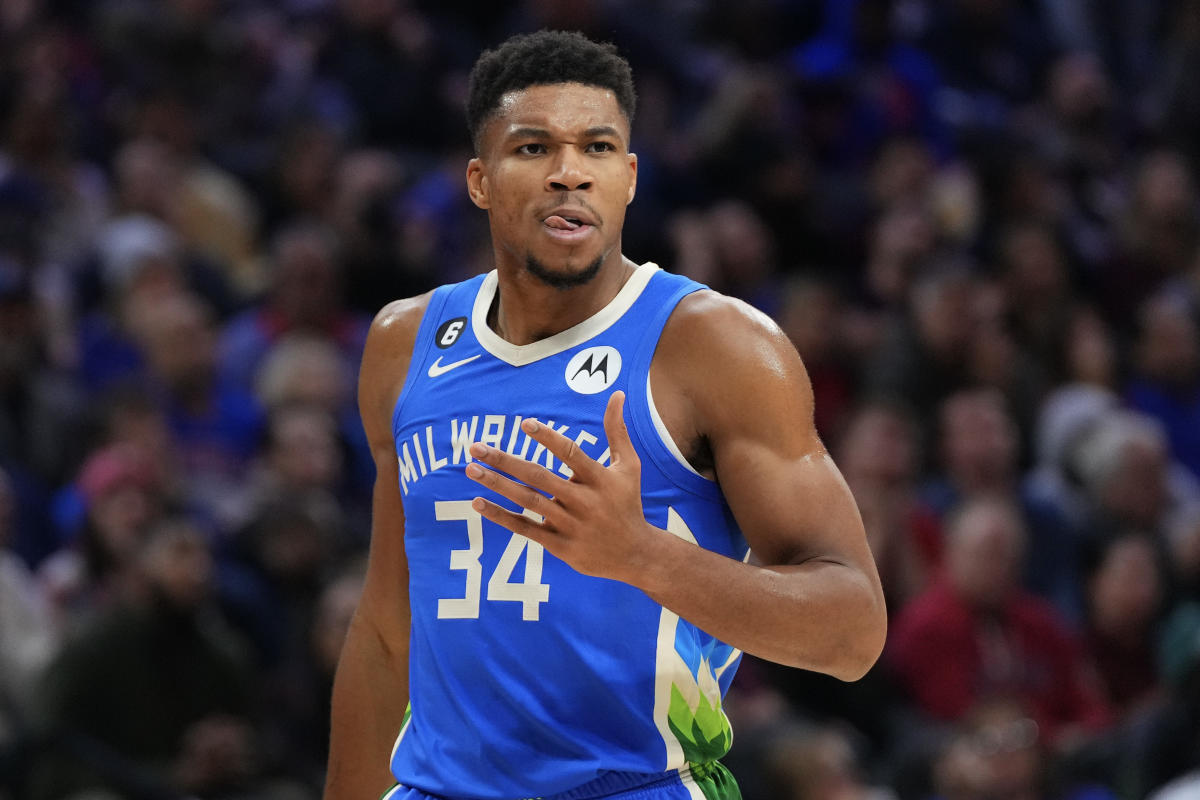 Giannis Antetokounmpo might have been a bit frustrated after the Milwaukee Bucks’ loss to the Philadelphia 76ers on Friday.

After his team lost 110-102 in Philadelphia, Antetokounmpo was seen trying to shoot free throws on the Wells Fargo Center floor, but he had an obstacle to deal with first. A Sixers was standing with a tall ladder in front of the basket.

It’s unclear what words were exchanged, but Antetokounmpo was visibly unhappy as he walked up to the ladder and forcibly moved it out the way, then knocked it over after the Sixers employee balked.

The incident was captured on video and went viral across social media on Friday.

See also  Ja Morant back before the end of Regular Season?

It might be a day or two before Antetokounmpo gives his side of the story, but the video isn’t a flattering look for the Bucks star.

It had been a frustrating game for Antetokounmpo and the Bucks, who led by as many as 13 points late in the first quarter before the Sixers started chipping away. Joel Embiid posted one of his best performances of the season, with 32 points on 12-of-26 shooting, 11 rebounds, eight assists and three blocks.

Antetokounmpo had a respectable 25 points and 14 rebounds, but it was a nightmare game at the free throw line, shooting 4-of-15. The performance continued a rough trend for him this season, as he is now shooting a career-low 58.7 percent on a career-high 12.9 attempts per game from the charity stripe.

That would be why he wanted to shoot some free throws so badly. Unfortunately for him, Philly fans were still on the scene to give him a hard time, and record a string of additional bricks.

The loss is the Bucks’ fourth in their last six games, a rough patch after a franchise-record nine-game winning streak to open the season. Their 11-4 record remains the second-best in the Eastern Conference behind the 13-3 Boston Celtics.