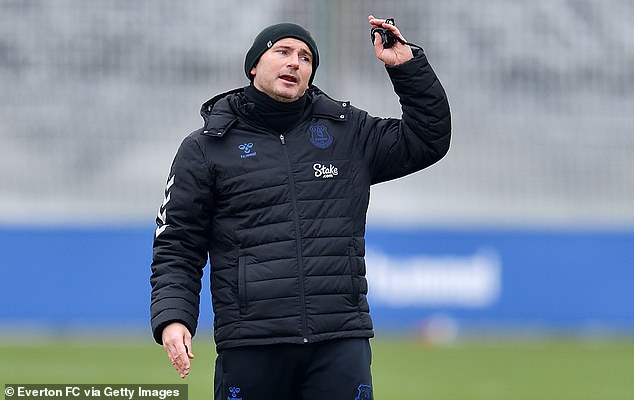 ‘It’s the players’ responsibility to go out and play at a higher level of energy and intensity’: Frank Lampard insists Everton must improve to re-gain fans’ support again after turning on the Toffess following a poor run of form

By Richard Tanner For The Daily Mail

Frank Lampard admits Everton need to rebuild the trust with their fans when they face bottom club Wolves at Goodison Park on Boxing Day.

Toffees supporters turned on their team following their 3-0 defeat at Bournemouth in the last game before the World Cup break, which left them one point above the relegation zone.

The result capped a nightmare week following a 4-1 Carabao Cup exit to the Cherries four days earlier and a 2-0 home defeat by Leicester the previous weekend.

Lampard acknowledged that the performance was unacceptable and has demanded his team put things right, aware that the fans played a huge part last season as Everton avoided relegation with a game to spare.

‘It’s understandable,’ he said. ‘It’s a passionate club. People care a lot. I understand when fans were upset at the end of the Bournemouth game. It’s the players’ responsibility to go out and play at a higher level of energy and intensity and then the fans will go with them.’

Wolves loanee Conor Coady is ineligible but Ben Godfrey is fit and ready to make his comeback after being injured on the opening day of the season. Dominic Calvert-Lewin may not be risked from the start with Lampard wanting to ensure the key but injury-prone striker is fully fit for the busy schedule ahead. 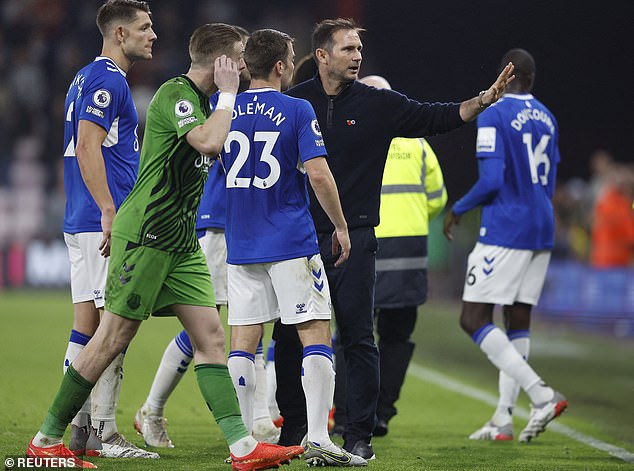