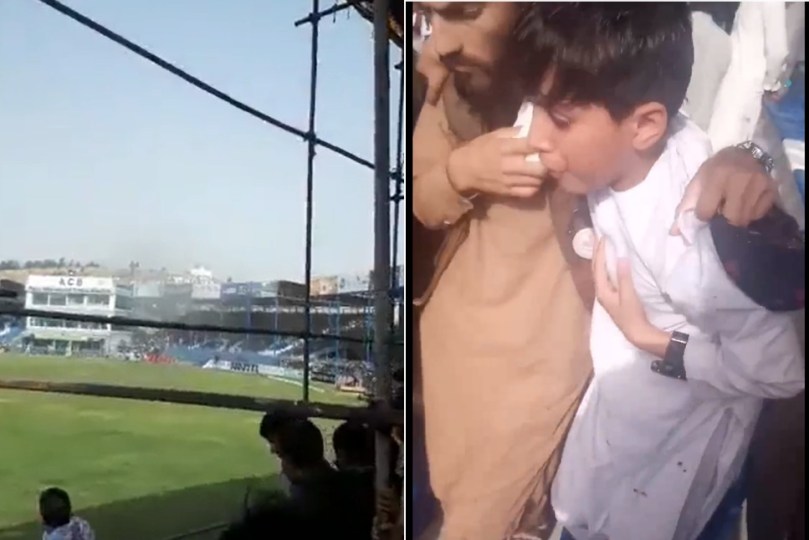 Kabul Stadium Bombing: Suicide Bombing Kabul Stadium – In what happens to be a piece of shocking news, an explosion went off…

Kabul Stadium Bombing: Suicide Bombing Kabul Stadium – In what happens to be a piece of shocking news, an explosion went off inside Kabul’s main cricket stadium during a domestic league match on Friday, injuring four people. The incident took place during the ongoing Shpageeza Cricket League T20 at the Kabul International Stadium when a suicide bomb rocked the audience stands. Following the explosion, the players were immediately rushed inside a bunker while four spectators were injured in this blast. Follow Cricket Live Updates on InsideSport.IN

“The match was going on between two teams in Shpageza League, and during the match a blast happened; four civilians in the crowd have been injured,” the Chief Executive of ACB, Nassib Khan, said in a statement. ACB staff and players were safe, he added.

The incident of suicide bombing took place when the officials of the United Nations were present in the stadium to witness a match between Band-e-Amir Dragons and Pamir Zalmi. Following the takeover of the Taliban over Afghanistan, the record of suicide bombings has increased manifold in the country.

A video circulating on social media appears to show the moments immediately following the blast at the Kabul international cricket stadium.
More details are not yet available.#TOLOnews pic.twitter.com/r2ekEntloO

Taking inspiration from the Indian Premier League (ISL), the Shpageeza Cricket League was created. Established in 2013 by the Afghanistan Cricket Board, this T20 league follows the style of the IPL.

Prior to today’s bombing, Kabul was rocked when a similar incident took place just 2 days back. Though no lives were lost, the explosion took place gate of Gurdwara Karte Parwan. It is believed that these incidents are carried out by the Islamic State group that is revolting against the Taliban rule.

See also  Cricket Association of Nepal (CAN) announces release of tender to own and operate NepalT20 team through Seven3Sports, its “Strategic and Commercial Partner”