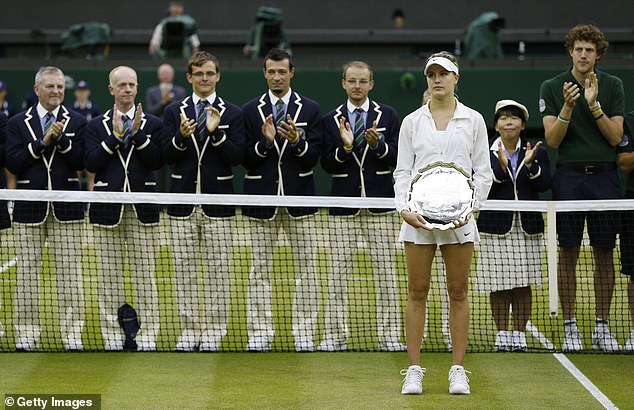 Former Wimbledon finalist Eugenie Bouchard has withdrawn from the 2022 Championships with no ranking points on offer as the Canadian former world number five plots her return to the tennis circuit following surgery last year.

The men’s ATP and women’s WTA stripped the grasscourt Grand Slam of ranking points after its organisers decided to ban participation by Russian and Belarusian players in the wake of Moscow’s invasion of Ukraine.

Bouchard, 28, had surgery on her right shoulder last June after an injury at the Guadalajara Open a few months earlier, dropping out of the rankings due to her lengthy absence from the tour. 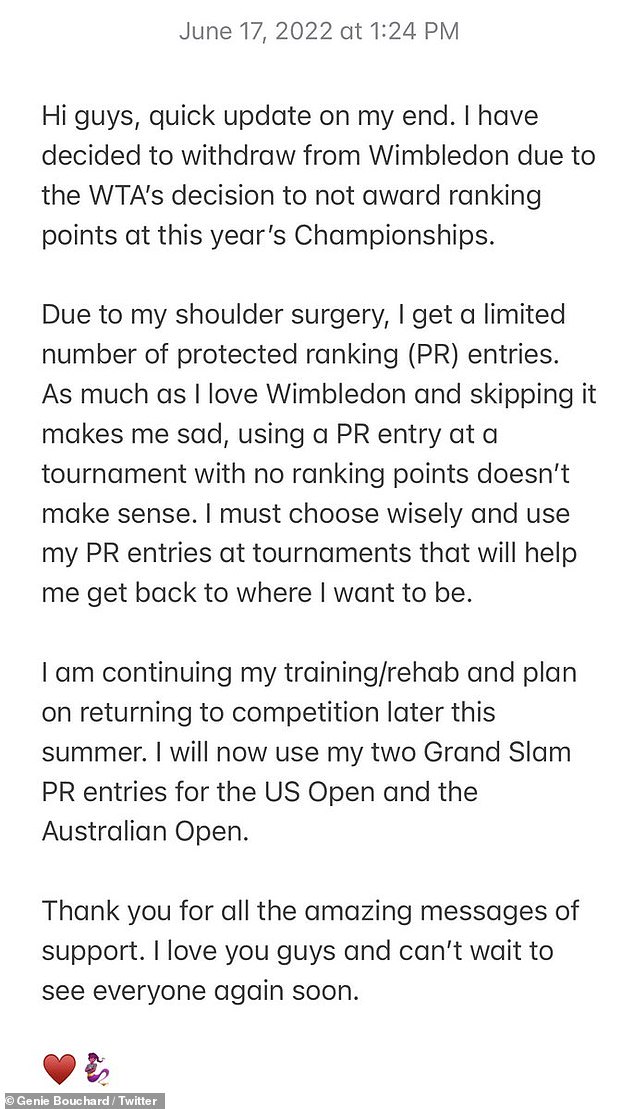 ‘Due to my shoulder surgery, I get a limited number of protected ranking (PR) entries,’ she said in a social media post on Friday.

‘As much as I love Wimbledon and skipping it makes me sad, using a PR entry at a tournament with no ranking points doesn’t make sense. I must choose wisely and use my PR entries at tournaments that will help me get back to where I want to be.’

Bouchard took the women’s circuit by storm in 2014 when she made the semi-finals of the Australian Open and the French Open before reaching the title round of Wimbledon. 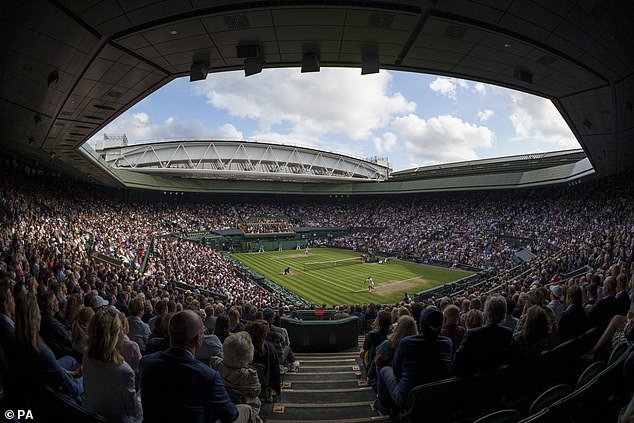 She rose to a career-high ranking of fifth that year but her career has since been blighted by injuries and she has not been able to reach the same level again.

The Canadian said she looked forward to returning to the circuit later in the year.

‘I am continuing my training and rehab and plan on returning to competition later this summer,’ Bouchard said.

‘I will now use my two Grand Slam PR entries for the U.S. Open and the Australian Open.’