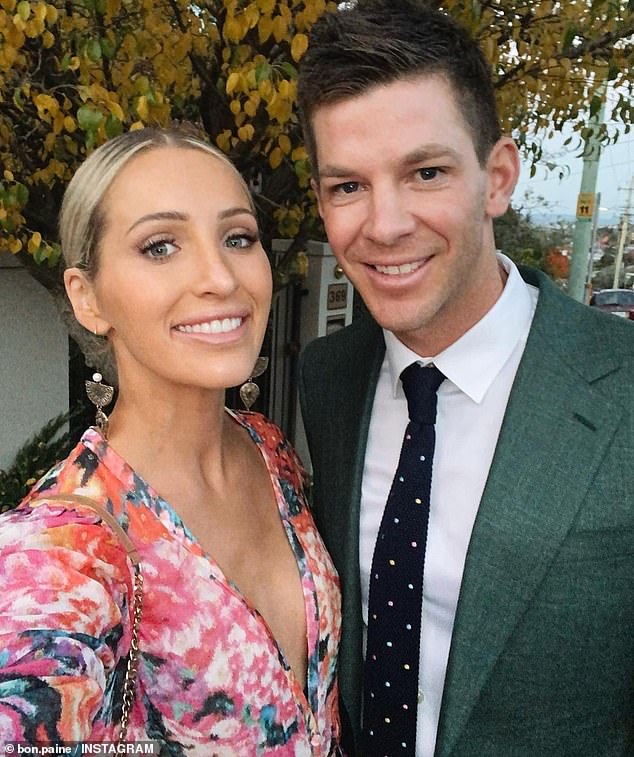 Tim Paine has sensationally accused South Africa of ball tampering in the Test match immediately after Australian cricket was rocked by the sandpapergate scandal, claiming the act was covered up by match broadcasters.

Paine made the explosive claims in his autobiography The Paid Price, with the former Test captain becoming the first player lift the lid on the 2018 Cape Town Test in a tell-all book.

The 37-year-old denies any suggestion of a team meeting around the plan for Cameron Bancroft to use sandpaper on the ball during the third Test of the series against South Africa.

And he says he was stunned and his heart sank as replays showed Bancroft hiding the sandpaper in his pants before being spoken to by umpires.

In a lengthy chapter on the 2018 tour, Paine went to great lengths to point out that ball tampering was commonplace in cricket and that it was the sport’s dirty little secret.

Tim Paine has sensationally accused South Africa of ball tampering in the Test match immediately after Australian cricket was rocked by the sandpaper-gate scandal (pictured, with wife Bonnie) back in 2018 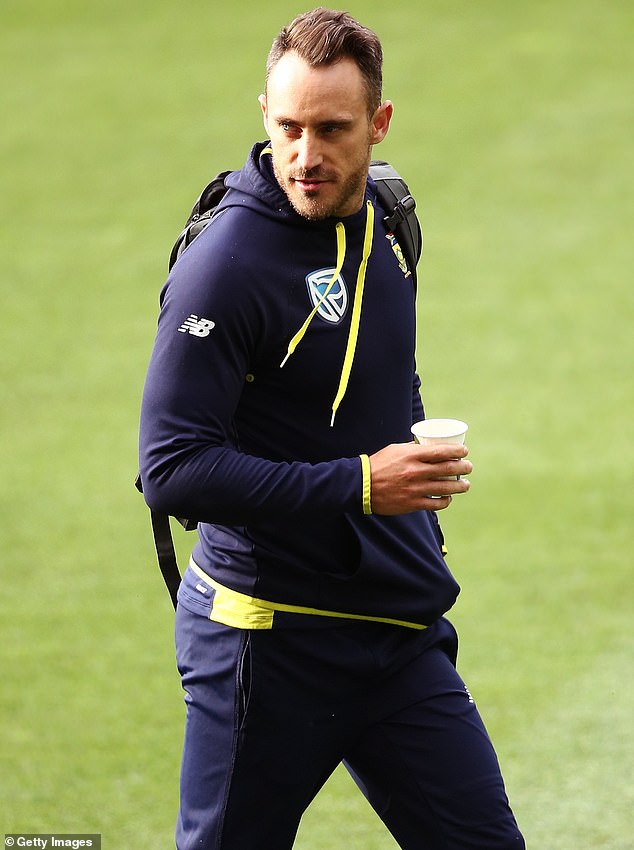 But he conceded using sandpaper was ‘next level’ and ‘shameful’, with traditional tampering usually via means such as throwing the ball into the ground.

Regardless, he says he was left furious when he spotted South Africa allegedly pulling apart the seam of the ball in the following Test.

‘I saw it happen in the fourth Test of that series,’ Paine wrote.

‘Think about that. After everything that had happened in Cape Town, after all the headlines and bans and carry on.

‘I was standing at the bowlers’ end in the next Test when a shot came up on the screen of a South African player at mid-off having a huge crack at the ball.

‘The television director, who had played an active role in catching out Cam (Bancroft), immediately pulled the shot off the screen.

‘We went to the umpires about it, which might seem a bit poor, but we’d been slaughtered and were convinced they’d been up to it since the first Test.

‘But the footage got lost. As it would.’ 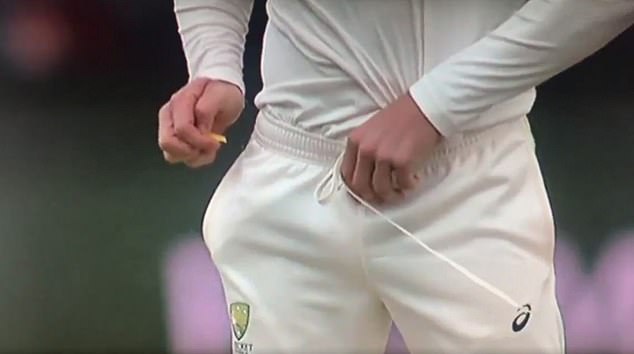 In now infamous scenes, Cameron Bancroft was caught on camera applying sandpaper to the ball in Cape Town 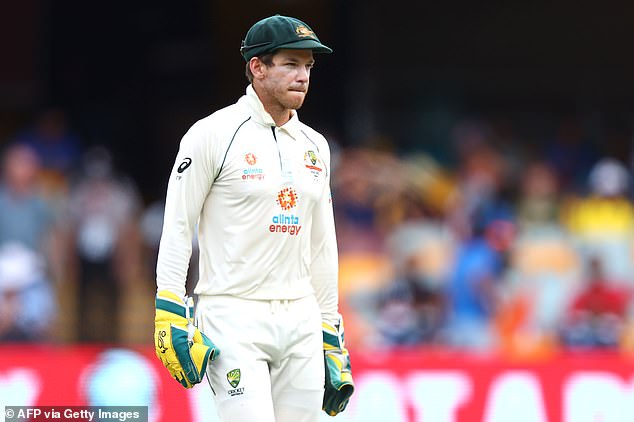 In his autobiography, Paine went to great lengths to point out that ball tampering was commonplace in cricket and that it was the sport’s dirty little secret

Paine said it felt like Australia were being ‘provoked’ throughout the series amid crowd abuse of players’ families with David Warner a particular target.

The wicketkeeper also claimed Warner had every right to be upset after he thought Quinton de Kock had made a comment about his wife Candice before the infamous stairway confrontation in Kingsmead.

‘I was the one holding them apart and I know how it unfolded,’ Paine said.

See also  Virat Kohli Has Been Great For Me As A Captain, He's Respected Me, He's Trusted Me – Faf du Plessis

Paine has regularly called for Warner’s lifetime leadership ban to be lifted, claiming Cricket Australia seized an opportunity to punish him after the previous year’s pay talks.

And he admitted he felt as if the side had let the opener down before the Cape Town debacle.

‘I don’t know how (Warner) kept his cool in those situations and on reflection I feel the team let him down by not offering him more support,’ Paine wrote.

‘I can see now he was masking a lot of pain and we should have known it.’

Paine also stated in his book his belief that the entire Australian team should have taken joint responsibility for ball tampering – and felt it was unfair David Warner, Steve Smith and Cameron Bancroft had their careers and reputations permanently smeared.

‘I still feel like Steve, Dave and Cam copped the brunt of it, and Boof (coach, Darren Lehmann) too, but I have wondered if there was a point where we could have said something or done something differently,’ Paine wrote.

‘Everyone was a part of it to some degree — would it have worked out better for those three players if we had owned it as a team? I think it would have.’