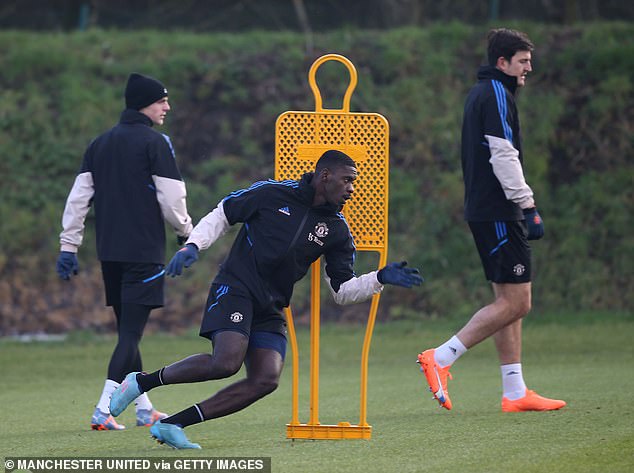 PICTURED: Forgotten Manchester United defender Axel Tuanzebe makes his long-awaited return to first-team training after missing six months with a back problem… with his last appearance coming while on loan at Napoli 376 days ago

By Jake Nisse For Mailonline

Manchester United centre-back Axel Tuanzebe has returned to first-team training after being out since July with a back injury.

Tuanzebe came back to the club in the summer after loan spells with Aston Villa and Napoli last season, but hasn’t played a game in over a year.

His last appearance was on January 13, 2022, as he came on for Napoli as a substitute in their Coppa Italia loss to Fiorentina.

Now, the 25-year-old is back training with his United teammates, as he was pictured Monday on the grass participating in drills.

Tuanzebe returned to solo training last month, and according to the Manchester Evening News, used a zero-gravity running machine as part of a personal training plan to get him back to full fitness.

The defender hasn’t played for the club in close to two years – he last saw action in the 2021 Europa League Final loss to Villareal – and will face strong competition for game time. 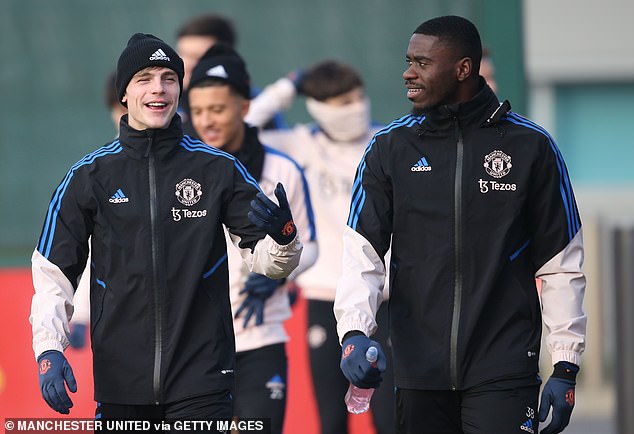 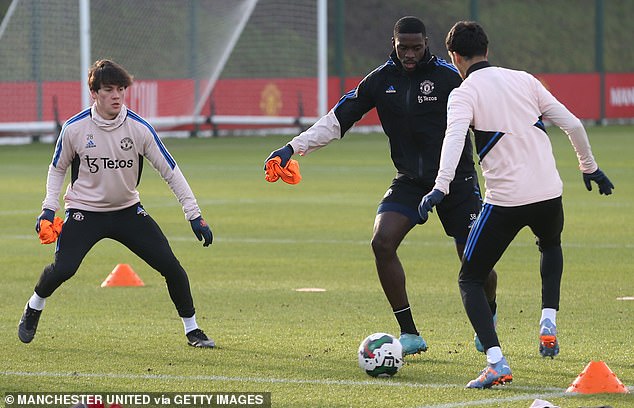 Raphael Varane and Lisandro Martinez have solidified themselves as the first-choice centre-back pairing, Harry Maguire and Victor Lindelof currently provide depth and even Luke Shaw effectively deputised in the role of late.

Tuanzebe was with United on their preseason tour last summer until he left Australia with a ‘personal issue,’ with teenager Will Fish taking his spot in the squad.

The academy graduate, who has dealt with extensive injury issues previously, didn’t see a ton of game time on his pair of loans last season.

He started eight games in all competitions for Villa before receiving just one start for Napoli.