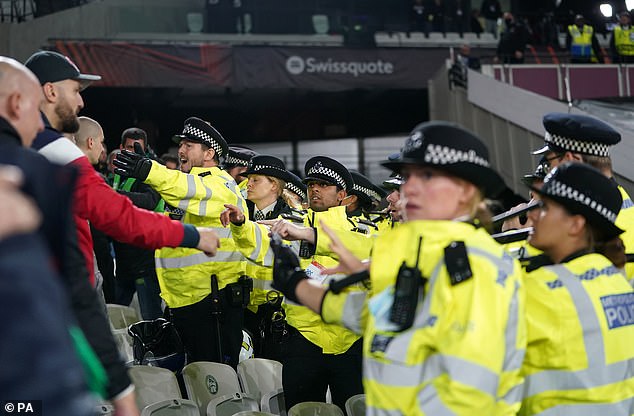 Football-related arrests surge to highest level for EIGHT YEARS in England and Wales as 2,198 fans were arrested last season… with West Ham, Man City and Man United supporters being the worst offenders

By Olly Allen For Mailonline and Press Association

The shocking extent of criminal and anti-social behaviour at matches in England and Wales has been set out in data released by the Home Office on Thursday.

A total of 2,198 football-related arrests were made last season – the highest figure for a single campaign in the last eight years.

The data paints a depressing picture for the domestic game, with incidents reported at 1,609 of the 3,019 matches played in England and Wales over the course of last season – equating to 53%.

In 2018-19, there were reported incidents at 1,007 matches, equivalent to one-third of the games played.

The most reported types of incidents were pyrotechnics (729 matches where incidents were reported), throwing missiles (561) and public order or anti-social behaviour incidents involving youth supporters (444).

A total of 2,198 football-related arrests were made in England and Wales last season

See also  'I hope to return one day:' Casemiro posts farewell message to Real Madrid ahead of United move

Since 2015, football-related arrests have been on a downward curve, but the figures have now worryingly surged upwards.

There was also an increase in arrests at international fixtures from pre-Covid levels. 38 were made at England and Wales national team matches in 2021-22, three of which occurred at the Women’s European Championships. 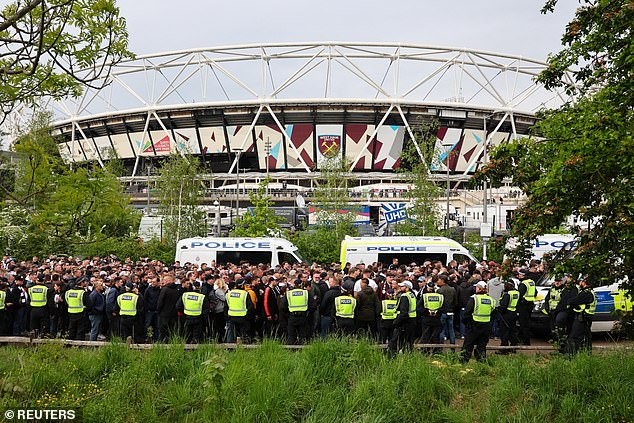 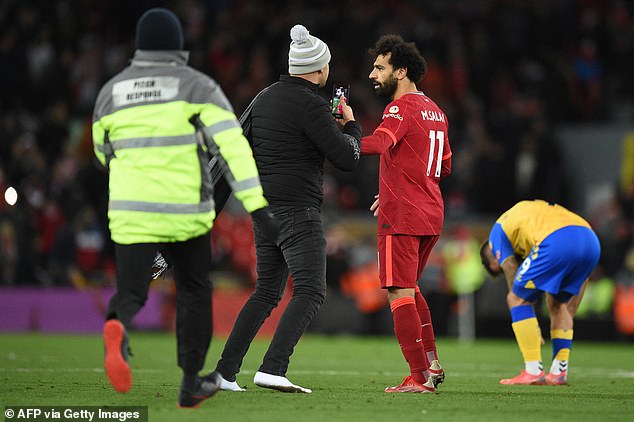 The number of banning orders in England and Wales has continued to decrease, with 1,308 in place at the end of the last season – compared to 1,359 last year and 2,731 a decade ago.