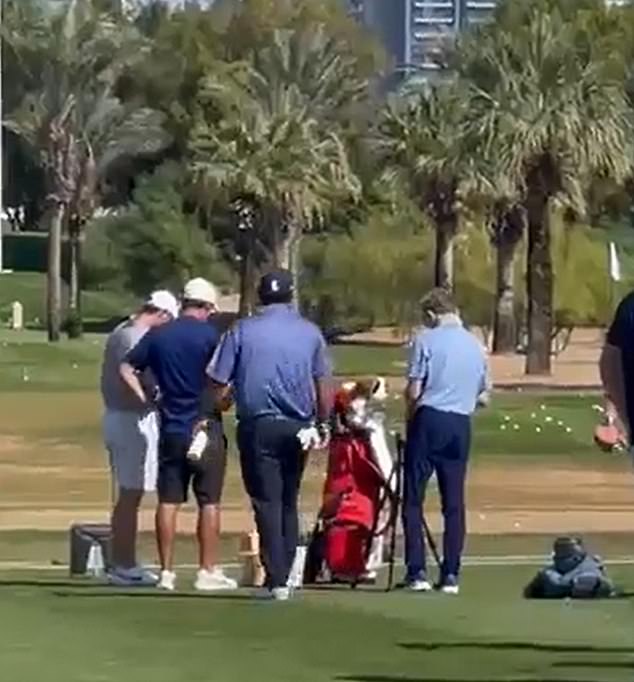 Storm in a tee cup! Footage shows the moment Patrick Reed throws a tee at Rory McIlroy after world No 1 blanked LIV rebel in Dubai… after Northern Irishman received a subpoena on Christmas Eve in legal row

Footage has revealed the moment that Patrick Reed flicked a tee at Rory McIlroy after the world No 1 blanked the American on the driving range at the Dubai Desert Classic.

LIV rebel Reed approached McIlroy on the range at the Emirates Golf Club and saluted the four-time major winner, who offered no response. The American later fired back and labelled McIlroy as an ‘immature little child’ for ignoring him.

A clip of the incident has now emerged on social media and it’s clear to see that McIlroy was less than impressed with Reed’s approach – as he later admitted conflict had began over a subpoena he received on Christmas Eve from the American’s lawyer Larry Klayman. 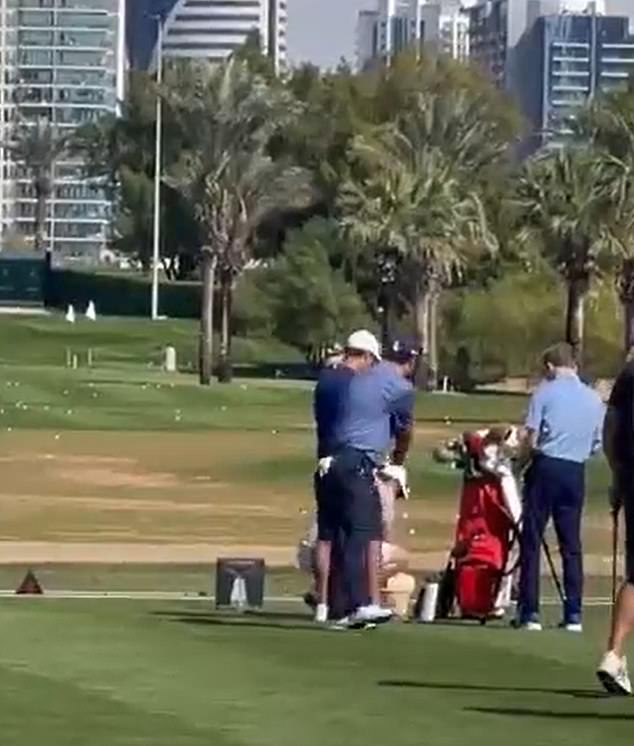 After McIlroy ignores the American, Reed turns back to throw one of his tees at the world No 1

In the clip, McIlroy can be seen standing on the driving range in Dubai before kneeling down to check something in his bag.

Reed walks over and shakes the hand of McIlroy’s caddie Harry Diamond before approaching the Northern Irishman. The latter remains searching in his bag.

Reed walks away and, as he does so, turns around to throw a tee in the direction of the world No 1. McIlroy was seemingly unaware that anything had occurred.

In comments that later drew a stinging response from Reed, McIlroy confirmed this, as he said: ‘I was down by my bag and he came up to me. 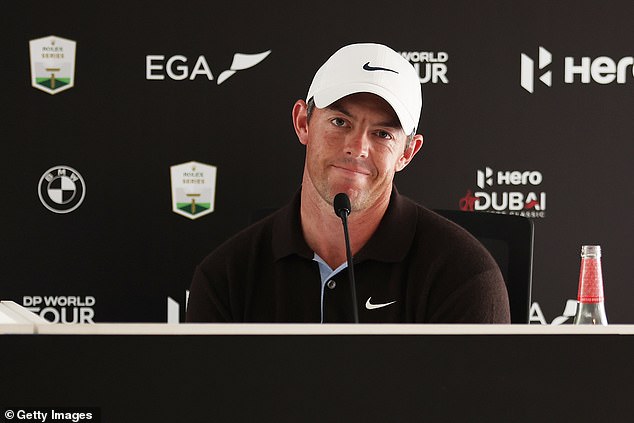 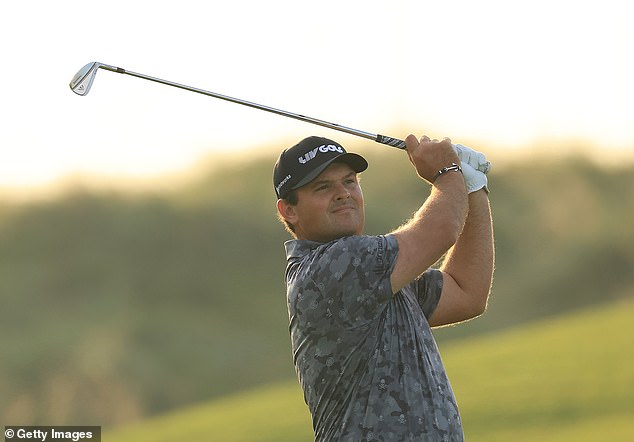 Reed, a LIV golf rebel, claims he threw a tee in the direction of McIlroy as they are LIV branded

‘I was busy working and doing my practice and I didn’t really feel the need to acknowledge him. I didn’t see a tee coming my direction at all, but apparently that’s what happened.

‘And if roles were reversed and I’d have of thrown that tee at him, I’d be expecting a lawsuit.’

When pressed on the driving range scenario, McIlroy added: ‘I mean, I got a subpoena on Christmas Eve. You can’t pretend like nothing’s happening, right? I think that’s the thing. We are living in reality here.’

When later approached on the range, Reed defended his corner. Giving a blow-by-blow account of the situation, he said: ‘Because of the relationship I’ve had with Rory – let’s be honest, we’ve had some great battles at Augusta and other tournaments and our friendships been pretty good up until obviously joining LIV – I walked over there and wished Harry (Diamond, McIlroy’s caddie) Happy New Year and then Rory because it is the first time I have seen them. 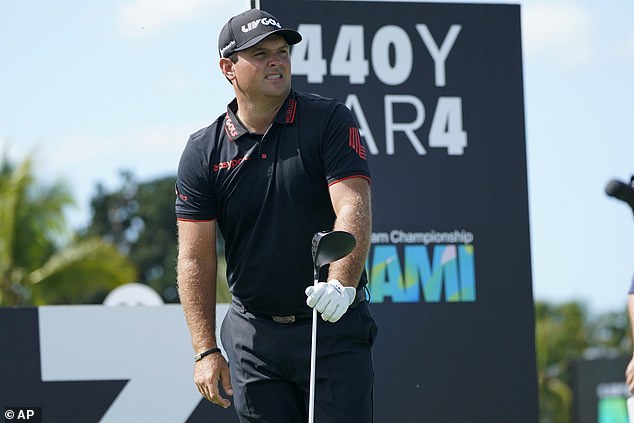 ‘Harry shook my hand and Rory just looked down there and was messing with his Trackman (device) and kind of decided to ignore us. We all know where it came from – being part of LIV.

‘Since my tees are Team Aces LIV tees I flicked him one. It was kind of a funny shot back. Funny how a small little flick has turned into basically me stabbing him and throwing a tee at him.’

See also  DEREK LAWRENSON: Greed of the rebels taking the Saudi shilling will turn fans away

Reed, who said the subpoena to McIlroy had ‘nothing to do with me’, added: ‘He saw me and he decided not to not to react. It’s unfortunate.

‘But it is one of those things – if you’re going to act like an immature little child then you might as well be treated like one.’ 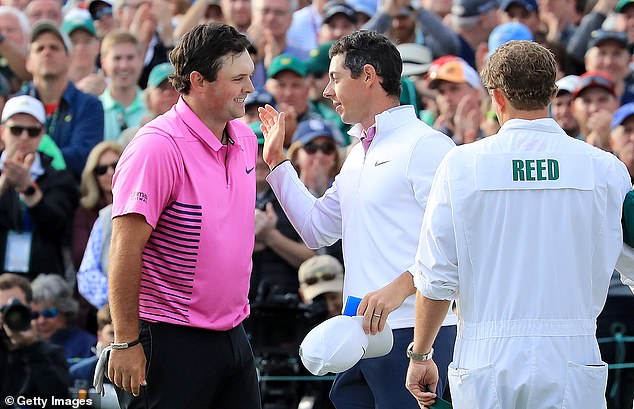 Reed, pictured winning the Masters in 2018, has had a compelling rivalry with McIlroy

Reed and McIlroy have long had a compelling rivalry on the course.

The American crushed McIlroy in their final-round pairing to win the 2018 Masters and also edged the four-time major winner in a fiery singles match at the 2016 Ryder Cup.

The bizarre encounter is set against the toxic backdrop of golf’s fractured landscape. An arbitration hearing will determine next month if LIV golfers can continue to play in DP World Tour events such as this one, while they have banned altogether from competing on the PGA Tour in the US.