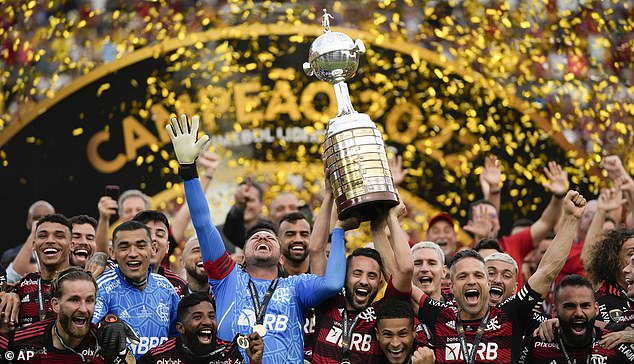 By Will Pickworth For Mailonline and Reuters

Flamengo striker Gabriel Barbosa scored the only goal deep into first-half stoppage time as his side beat 10-man Athletico Paranaense 1-0 to lift the Copa Libertadores in an all-Brazilian final at the Estadio Monumental in Ecuador on Saturday.

The strike from “Gabigol” secured a third Libertadores title for the Rio de Janeiro-based club, who lost the 2021 final to fellow Brazilians Palmeiras, and though they dominated the game from start to finish, they only managed the one goal.

That winner came when Barbosa ghosted in at the far post to fire home a cross from Everton Ribeiro after Athletico had been reduced to 10 men in the 43rd minute when Pedro Henrique Ribeiro Goncalves was sent off after collecting a second yellow card. 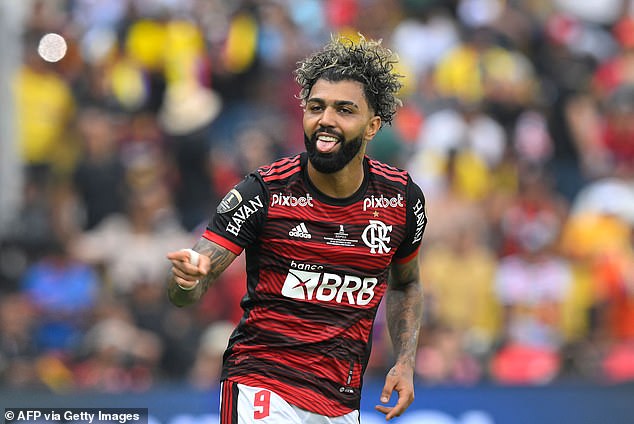 Paranaense had missed a big chance when the scores were level when Alex Santana fired over from close range.

Flamengo, with former Chelsea and Brazil centre-back David Luiz anchoring their defence, enjoyed 73% of possession and created 15 chances, although only four on target, as they won South America’s equivalent of Europe’s Champions League for a third time.

Flamengo have previously won the showpiece event in both 1981 and 2019. 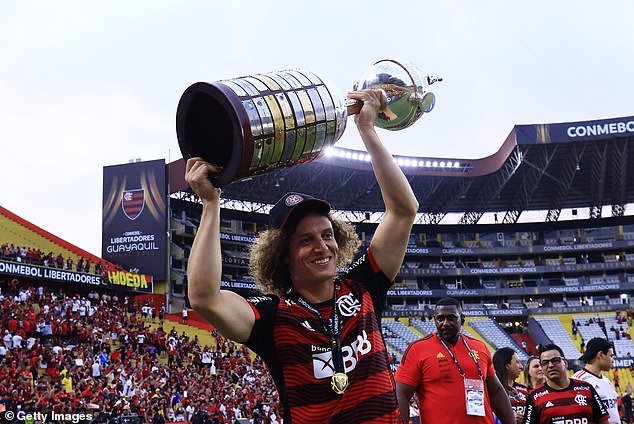 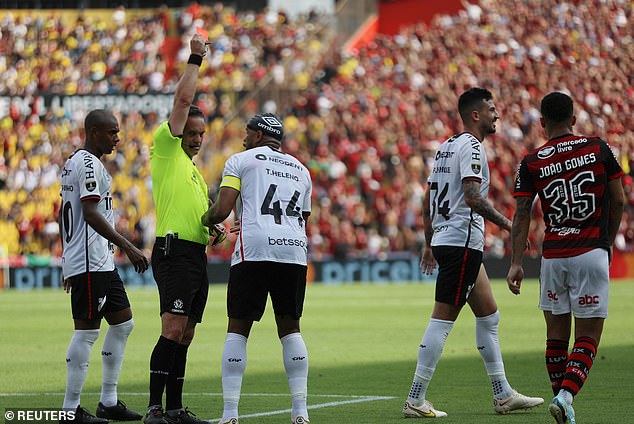 They were resolute in defence throughout the game as Paranaense struggled while attempting to get back into the game.

Barbosa almost added a second late on, but his shot was saved. The striker ended the competition with six goals.

There was disappointment for Athletico’s ex-Brazil coach Luis Felipe Scolari as they could not find a way back in the second half with Flamengo holding on to win.

Scolari’s side also included Manchester City legend Fernandinho following his summer move back to his homeland.

It was Curitiba-based Athletico’s second defeat in the final after losing to Sau Paulo 2005. 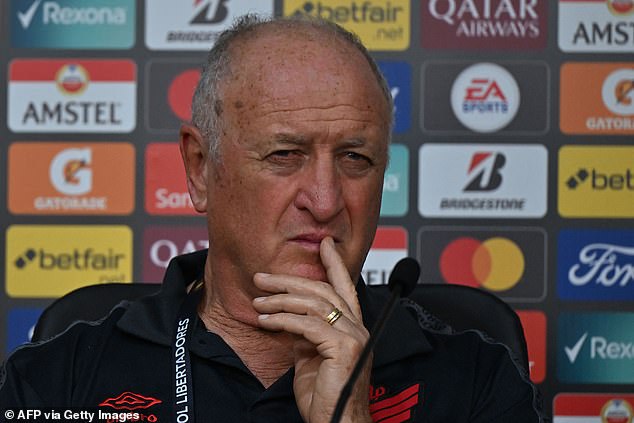