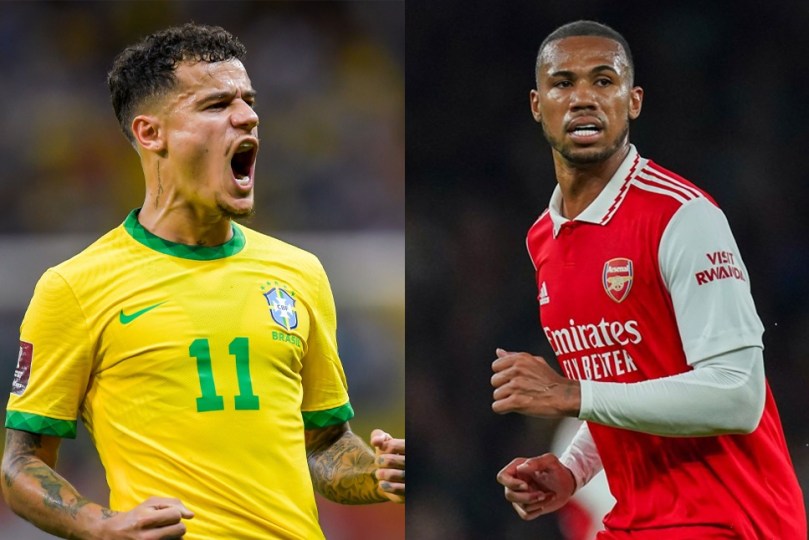 Arsenal midfielder Gabriel Magalhaes is destined to endure World Cup misery for Brazil, according to reports. This season, the 24-year-old defender has been a mainstay for Mikel Arteta’s table-topping Arsenal. He was the hero of the London Derby, scoring the game-winning goal against Chelsea at Stamford Bridge.

🚨 Arsenal defender Gabriel Magalhães is ‘practically out of the equation’ & will not be named in Brazil’s 26-man squad for the 2022 World Cup in Qatar today. [@brunoandrd] #afc pic.twitter.com/JN3s4yveZf

Gabriel has put in a number of strong performances this season and was hoped it would be enough to earn him a spot in his country’s team for the World Cup in Qatar later this month. Several rumours in his nation, however, say that the defender will be disappointed.

As for Coutinho,  the Brazilian picked up a quadriceps injury during training ahead of the United game. After the game, new Villa manager Emery confirmed that Coutinho will not play again until after the Qatar tournament.

Gutted for him 😪 #avfc pic.twitter.com/zmFYKl3uAJ

He said: “Coutinho is injured. I don’t know how long it will be but, today, he couldn’t play and he’s not going to play until after the break. It’s a muscular injury.”

Coutinho was already a doubt to be on Brazil’s jet to Qatar after a poor start to the season. He was left out of Tite’s most recent international team and last played for Brazil in June. The already poor hopes of attending the World Cup have now been completely eliminated.